ANOTHER PHONE CALL FROM VICTOR THEREMIN 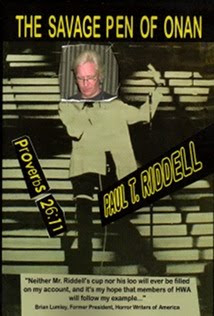 There's a tornado warning for the entire state of Arizona tonight. High winds. Heavy rain. Weird vibrations. I feel a flashback coming on . . . last month . . . I was still working at that Big Box Bookstore . . .

While Bob Dylan’s Christmas CD droned, I brushed aside the tarantula, picked up the phone, and answered in the manner prescribed by Corporate.

“Holy guano, Ernest! They actually make you say that?”

“I’m starting to answer the phone at home that way. This is Victor Theremin? Right?”

“Yeah, but I know you’re not busy. And it’s so close to Christmas.”

“Not so loud. We’re not supposed to use the word.”

“The official company policy is that they do not exist.” I shook away one that was crawling up my pantleg.

“You poor bastard – what kind of tarantulas are they?”

“Damn. If you see any Brazilian Pinks, let me know, I’ll be right over. If we could just start breeding tarantulas the way they do dogs and cats . . .”

“Agreed. We need more of that kind of beauty in the world.”

“Anyway, I also know that you just finished reading Paul Riddell's The Savage Pen of Onan.

I looked around for Lemurians. “You spying on me?”

“I got resources up the ying-yang. I also need to discuss that book with you.”

Diddling with the computer, I pretended to be helping a customer. “You still think that Greasing the Pan is the Great American Novel?”

“Of course! Savage Pen is an extension of that work. In the future they’ll probably be published in one volume, like the Don Quixote.”

“Could be. Pen, being material not written for commercial markets, gets wilder that Pan.”

“But he was writing about real things. His accounts of disintegrating pop culture and the economic collapse of ten years ago is disturbingly close to what we’re going through right now.”

“You ain’t seen nothing yet. The cultural collapse we’re about to see is going to be bigger than the one back in the Seventies.”

“The one that left Star Wars as the center of Western Civilization?”

“Are two books going to be enough?”

“I’ve been thinking about that. Look at this stuff he’s doing in Texas Triffid Ranch and Gothic Beauty. There’s another book growing inside him, growing like a tumor. It’ll burst out of him like an Alien chest-buster.”

“This next decade is going to be something.”

“I can hardly wait!” With that, Victor hung up.

A young woman with a mustache ran up to the information desk. “Are you going to do anything about all these tarantulas?”

“What tarantulas?” I said as one crawled up my arm.