SAN FERMIN: BULLS AND BEYOND


While everybody else seemed to be tooting their vuvuzelas over the World Cup, I was enjoying La Fiesta De San Fermin. This is hard to explain in the Anglo culture of Norteamerica, with its strong Puritan and animalista tendencies. Most folks here see the blood, but not the spirituality. In America, people prefer their spirituality, like their meat, quietly killed in locked rooms far away -- drained of the blood, cut up, sealed in plastic, and frozen.

Bull running and bullfighting are taboo subjects here. Hemingway only scratches the surface in The Sun Also Rises, and apologizes all through Death in the Afternoon. I do not apologize for my interest in this fascinating human tradition, which is about more than bulls.

If a science fiction writer invented San Fermin it would be considered a masterpiece. No imagined “alien” culture is as rich and strange as this. It’s only reasonable that it should thrive on the Internet, where I follow it. Someday there will be a satellite TV channel with 24-hour coverage.

This year the bulls kicked ass. Before the fiesta started in Pamplona -- even before PETA’s psuedo-naked protest-that-has-become an opening ceremony -- a young man was gored to death in a bull run in the small town of Fuentesauco in Northern Spain. Yes, they run with bulls in other places. There were no deaths during the fiesta, but plenty of injuries. Like the protests, these are well covered online.

A record was made for the fastest encierro (run) in history. It wasn’t as interesting as the “chaotic” one the next day, when a bull broke away and caused mayhem in the streets like a scene from a monster movie before entering the ring. This is why a non-sports fan like me loves this stuff: Aesthetics are more important than statistics.

But then, this isn’t sport. It’s ritual.

Skyyjohn has not only done his best to break the race barrier, but has called attention to the fact that women are running with the bulls. I hadn’t noticed until I saw his video, then checked others -- and say that yes, not only are gals wearing the white clothes and red scarf, but they're running. One girl got her tank top ripped away by a horn.

There were also men dressed as women. It must take a special kind of courage to run with bulls in drag. And there was a homoerotic theme to their frolicking.

And Mister Testis, the big, blue cartoon bull with the big, blue balls, is there to entertain the kiddies. It’s like Disneyland with tits, ass, blood, guts, and cojones.

It’s human tradition. As Richard Wright said in Pagan Spain: “Somehow the pagan streams of influence flowing from the Goths, the Greeks, the Jews, the Romans, the Iberians, the Moors lingered strongly on, and vitally on, flourishing under the draperies of the twentieth century.”

I’m delighted to see them flourishing in the Twenty-First Century. 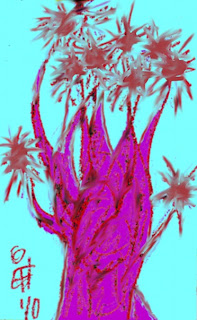 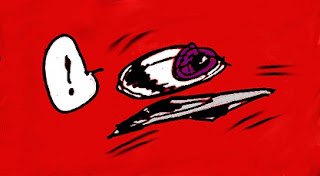 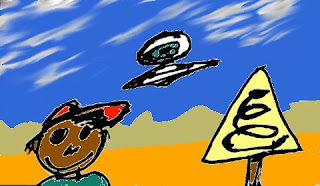 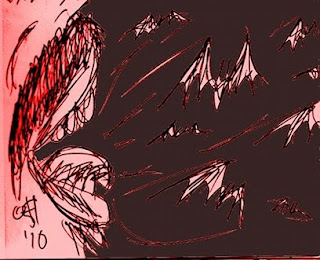