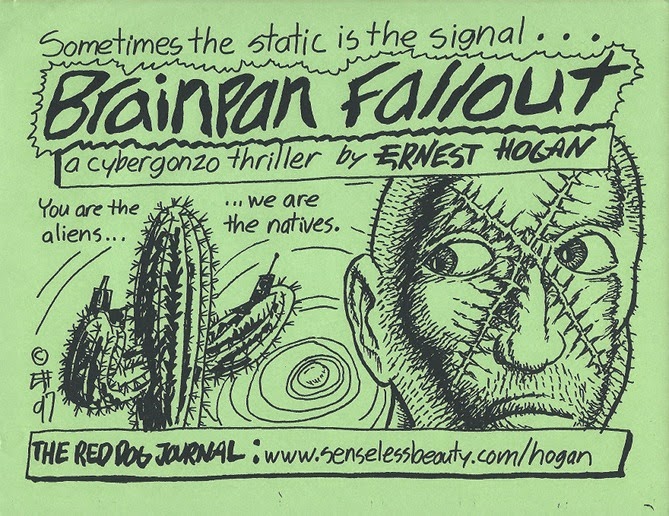 It was one of those dangerous experiments in things that man was not meant to know that went horribly wrong and almost destroyed the experimenter. Just like in all those cheapo black&white sci-fi flicks I watched on TV back in childhood, way back in those days before cable. My earliest role-models were Boris Karloff, Bela Lugosi, and Peter Lorre.  As a boy I wanted to be a mad scientist.

Anyway, it was a different world back then when all this started, it was 1993: A man named George Bush had saved the world on CNN, everyone loved him even though the economy was in the toilet. The South-Central riots were still sending off aftershocks. My wife (the fabulous Emily Devenport) and I were impoverished, the Nueva York publishing industry didn't seem to want to touch our work with a teflon-lined ten-foot pole. Copies of my first novel, Cortez on Jupiter, mysteriously vanished, the publisher claiming that nobody bought them, even though people on three continents were seeking them out. Emily's publisher had bought a book ages earlier, and now wasn't returning any calls. High Aztech, my second novel had come out, but was not getting reviewed -- people kept telling me, "What? Your book came out? Gee, Tor sends me copies of all their books, but yours wasn't in the package." Em and I had gone back to cleaning houses for burger bucks, and were spending spare hours drinking iced-tea at midnight (a quaint Phoenix custom, which seems downright sensible during the blistering high summer) listening to friends' crazy ideas.

One of these friends was Stephen Michael Barnes (not be confused with Steven Barnes, the black science fiction writer -- this is a white guy, the anarchist publisher) who had an idea for a magazine called The Red Dog Journal. The guy was amazing. He couldn't be stopped. Just when we'd figured the Dog was a goner, Barnes would switch modes and media, and come up with new resources -- he was reading Hakim Bey's T.A.Z. and taking it to heart. The Reddog lived in mutation frenzy . . .

At one point, Stephen had helped Phil Esch with a new idea called FaxMO -- a fax-accessible information service, that included Reddog material. He asked me if I'd do some entertainment stuff, like serializing a short story or something. I thought about it. 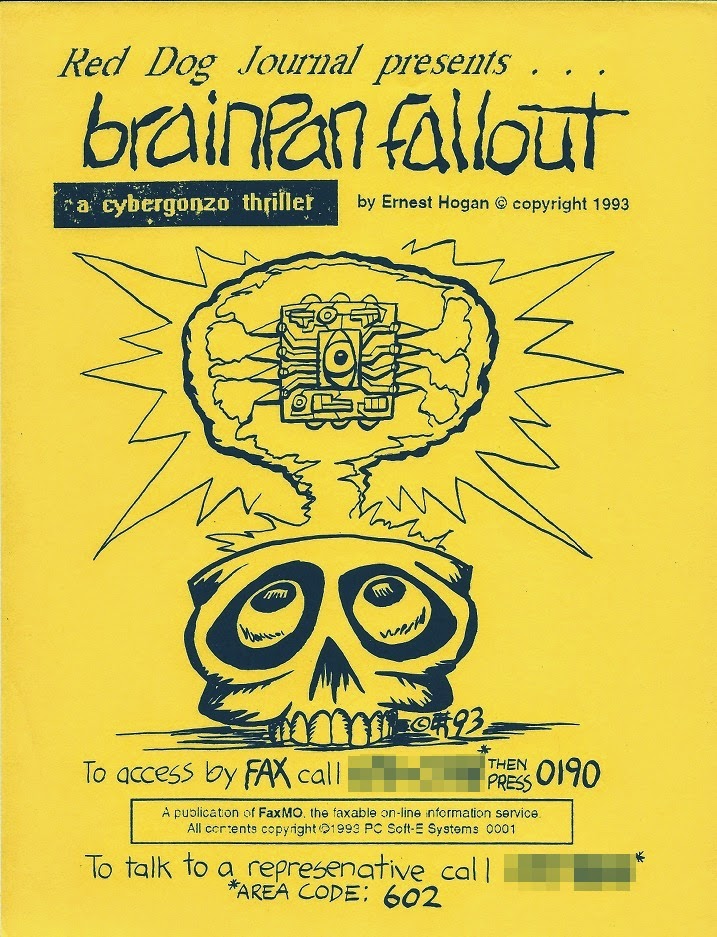 You see, being trashed by Nueva York left me depressed, and with a horrible case of writer's block.  At one point I turned on the computer, and could do nothing but weep.  Why bother?  Even in the magazine world, the only people who were willing to publish me were those who couldn't afford to pay. Meanwhile, Em and I has signed up as custodians for a local school district so we could afford to keep eating.

Serializing a short story seemed stupid to me, but I thought about the form of one-page fax, and a business that wanted to keep people calling. I thought of a serial. I always liked that to-be-continued stuff. It has also traditionally been used to lure consumers to new media, like newspapers, movies, radio, television . . . so why not fax?

Another iced-tea-at-midnight buddy was Rick Cook, whose Wiz novels had recently attained cult status among computer geeks (heh, don't blame me -- that's what they call themselves). Rick had explained how A.E. Van Vogt's novels were so strange because he was practically the only writer to actually use the technique of putting a mini-climax at the end of every 800 words, which ends up creating a high-speed pulp fiction pace, and at the same time disrupting and disjointing the story until it resembles something out of William Burroughs' cut-up experiments. (Someday I'm going to have to write an essay on how Van Vogt and other pulp sf writers are precursors to Burroughs.) He also had a theory that Philip K. Dick's novels were like a parlor game: A group of people could get together at a party, throw together a few random ideas, and come up with something like a Phildick novel. Hm . . . went something deep inside my brain.

I also had this title, "Brainpan Fallout," that I thought was suitably surreal and applied to life in the Nineties. In Science Fiction Eye, I had recently shot my mouth off about the need for "sci-fi that the kids can dance to" and this looked like a chance to demonstrate what I meant.

Not sure where all this was going, I started carrying around a poorman's laptop (i.e; a memo book and ballpoint pen), and like Hunter Thompson, would jot down bits of random weirdness that I saw as Emily and I rushed around Phoenix in our never-ending struggle for survival. Add some gonzo journalism to the mix, and stir. Hey, did it just move on its own?

The one-page fax format meant the disruptive mini-climaxes came about every 400 words, so pacing was faster, as if Van Vogt had gotten a hold of some of Dick's amphetamines. Fasten your seat belts. Keep your hands and feet inside the capsule.  Remember, I am a professional, so kids, don't try this at home -- or at least don't come running to me because you need to scrape your brains off the ceiling.

NEXT WEEK: SHOOT-OUT AT SMITTY'S 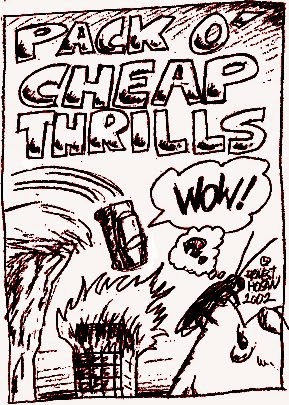