QUIXOTING TO NEW MEXICO AND BACK: PART ONE

Past Sunset Point on the I-17, sacred datura was blooming, late in the season. Must be all the monsoon rain and flooding. By Black Canyon City, houses and other structures – it was hard to tell, they were badly smashed – had been washed into the riverbed. 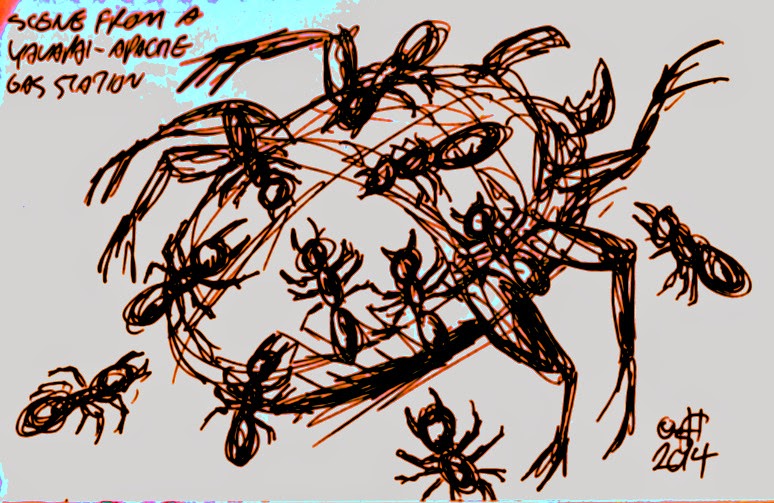 I saw a huge scarb beetle at a the Yavapai-Apache Nation gas station near Cliff Castle Casino. I was about to pick it up and show it to Em, when I noticed that it was still alive . . . and being eaten by ants. Très Salvador Dalí, amigos.

In Grants, New Mexico, we stood at the Motel 6 across Route 66 from a giant dream catcher.


Also in Grants we saw a bar with a WELCOME BIKERS sign, abandoned motels, gas stations, movie theaters, a Catholic Church with a shrine made lava rock and a statue of St. Theresa, the Lavaland Motel (abandoned), the Surf Shack Pizza Family Fun Center and Roller Rink, buildings with lava rock facades, a FROZEN GREEN CHILE sign, a discarded satillite dish, a white pickup with black flames, a USED TIRES POORBOY sign, and a busted up, rusted out Fifties finmobile in tall weeds. It was hard to tell the open businesses from the abandoned ones.

The next day the news warned of a “scientific balloon” being launched, pre-empting any UFO reports. On our way to the El Malpais National Monument – the Badlands, with lots of fantastic lava – I saw a shiny object in the sky. It hovered over the futuristic buildings and casinos. After all, this is the 21st century.

A sign announced DRONE LOVE. Wonder what kind of business they were in?

That night, in Truchas, it was so clear that I saw the Milky Way for the first time. Science fiction writers should see their own galaxies. Strange it took me so long.

On the High Road to Taos, I saw a sign with Cistobal de la Sirena – Christopher of the Mermaid? I made a note to look it up. Could it be another clue to the desert mermaid image? Turns out it was a reference to the Cristobal de la Sierra land grant. My eyes are making a Quijote out of me. Again. 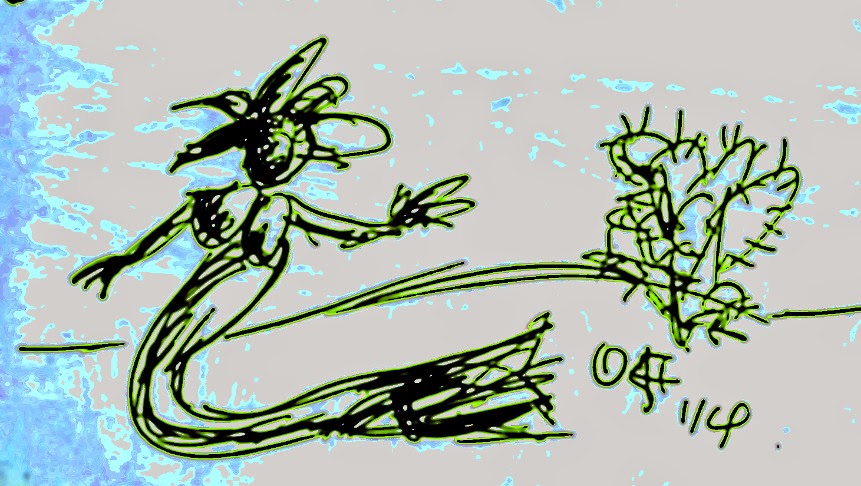 Or maybe there was something else in the air. Taos is rather . . . countercultural, in a très Aztlán way.

Note to the Mexica Movement: “Hispanic” applies in New Mexico. It was a Spanish colony without much connection to Mexico or the Aztec empire. The local tribes have their own languages and cultures. Like the works of modern folk artist Lloyd Rivera, who wrote a book: Grito de Aztlan.

Besides, we can't deny our connection to el Quijote. I feel it in my DNA.

On the road to Española, a datura bush flouished in a front yard. The flowers were extremely large.

I found a lot of books in the thriftstores. I'm at the age when my generation of readers are dying, and their books are ending up in thriftstores. For peanuts.

Rain from the latest hurricane blew in. No Milky Way that night. We woke up to a Shangri-La view of a cloud-filled valley, with more clouds brushing the tip of a distant peak. 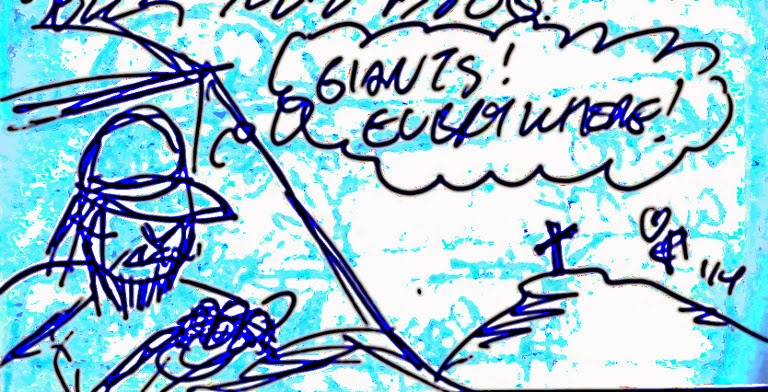 Heading towards Santa Fe, we passed the Don Quixote Distillery and Winery. This is wine and Quixote country. I'm sure that modern day Quijotes patrol New Mexico's backroads in ancient pickups. I think I saw a few.

Not to mention all the windmills as you go from city to city through all the Indian reservations, pueblos, and nations.

The plaster brontosauri greeted us outside Santa Fe. They didn't seem to care that they weren't a real species. 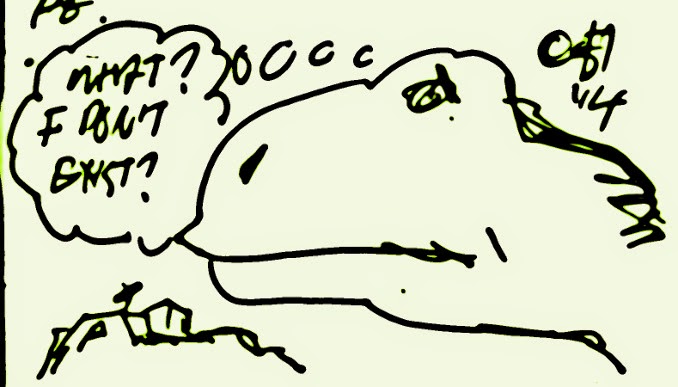 At Book Mountain, I overheard, “The problem with books now in Santa Fe is that there is now no new bookstore that sells new books. We have to keep making trips to Albuquerque.”

Back in Truchas, I noticed the bar had a BIKERS WELCOME sign.

Back in Taos, at the Wired? Cafe, I gave a couple of bucks to a woman who had the look of a spirit or goddess manifestation. There was something about her smile.

There was also a mountain-man-looking, backpacking hitchhiker with a countercultural Wild West style. Mythologies hang out here, wander around, seeking new adventures.