My all-time, most popular Mondo Ernesto posting is “Random Peeks at Mexican Comic Books.” People keep viewing it. From all over the world. Just about every day. You just can't seem to get enough of those weird, wacky, sexy comics from Mexico.

So, here's a follow up, focusing on horror in honor of Halloween/Jalogüín/Día de los Muertos/Dead Daze. Brace yourselves, this is . . . different . . . If any of you have delicate sensibilities, weak hearts (or stomachs) – why are you still reading this? Click out of here! Turn off your computer! Run! First we have El Mensajero del Diablo (“The Devil's Messenger”) No. 48, in which the message is “Drink the Blood of Your Lovers.” How romantic! Think Stephanie Meyer was inspired by this one? 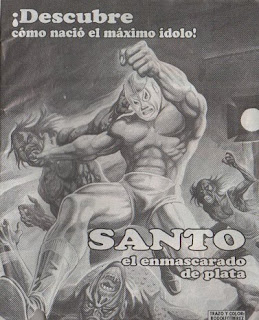 Santo dukes it out with some demonic zombie types from the inside back cover of Sensacional de Luchas No. 411. It's maybe just the filming of a movie, but you can never tell . . . 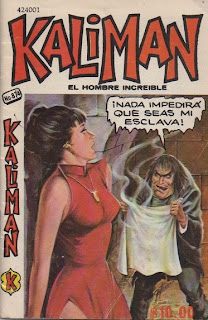 Kaliman does not appear on the cover of Kaliman, El Hombre Increible No. 874, but there's a sex-crazed hunchback out of a grade Z movie menacing a babe in a red dress. Talk about trick or treat! 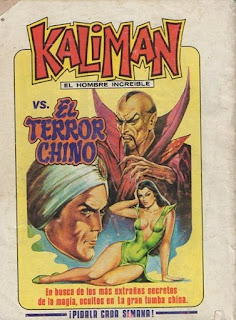 Kaliman does appear on this back cover of Super Terror No. 18, showing that he has long been concerned about the implications of China's growing influence on the global economy. 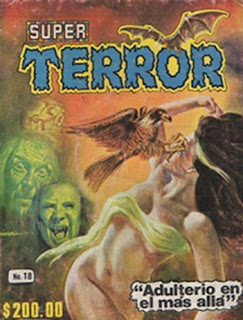 Super Terror No. 18 was all about the supernatural consequences of adultery – as if the plain, old “natural” consequences weren't enough. 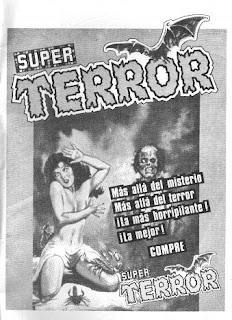 This Super Terror ad not only has another near-naked beauty, but she's being attacked by some really big scorpions while a zombie watches, and the bat in the logo is there twice! 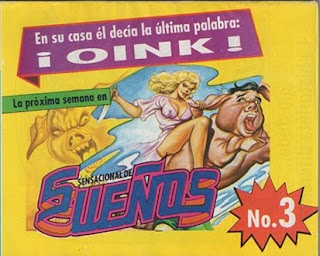 A man transformed into a pig is ridden by his butcher knife-wielding wife in this ad for Sensational de Sueños No. 3. This harks back to the murals of smiling pigs slaughtering humans that you used to see on the walls in restaurants in Mexico back in more innocent times. 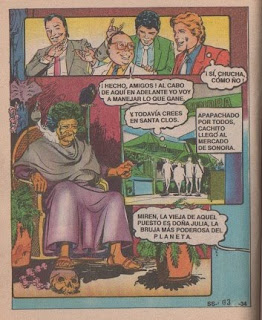 Inside Sensational de Sueños No. 3, Doña Julia, “the most powerful witch on the planet,” who changes the man who acts like a pig into a pig. 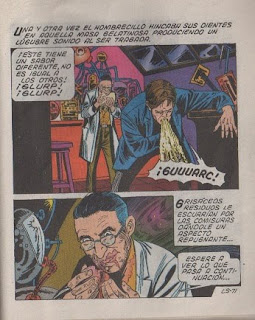 El Libro Siniestro No. 9 demonstrates how watching someone eating brains can induce vomiting. Just in case you didn't know. 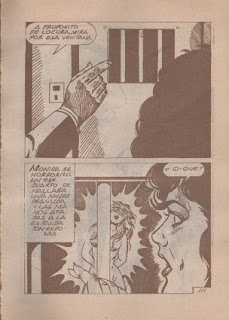 So I don't get accused of being totally socially irresponsible, here's a glimpse of the real horror of drug abuse from that classic “Paradisos Artificiales” in La Novela Policiaca No. 1695. And this warning from El Libro Policiaco No. 824 should prove that I'm not trying to destroy civilization as we know it. Don't abuse drugs. There are other, safer, and more fun ways to mess up your mind.

And meanwhile, I'm going have to dig more Mexican comics out of storage -- and get my hands on more, because the world needs to know about this!