THE AFRICANIZATION OF SAINT PATRICK 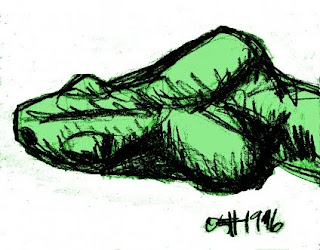 You just can’t keep some gods down. Enslave their believers, send them off to distant continents, force an alien faith on them, and these persistent deities keep coming back. Sometimes they adopt secret identities, but they're still around. And you never know where they’ll show up.

Take the strange case of Desi Arnaz and his most popular song.

Everybody from Quickdraw McGraw to Howard Stern seems to think that Babalu is a Mexican name, despite the Afro-Cuban beat. What Desi is actually doing is evoking Babalu-Aye, an African healing god who made it in the Americas, and is often called upon in the age of AIDS. There was Santería on I Love Lucy, and America still hasn’t caught on.

Sometimes the hardest things to see are what’s nearest to you.

Which brings us to Saint Patrick, who chased the snakes out of Ireland, in whose name people eat soda bread, corned beef & cabbage, and get drunk and dye rivers green on March 17.

Wherever slaves from Africa were introduced to the Catholic Church and all those saints, with their mass-produced visual aids, they were used to stand in for the African gods. The snake is what forged the association between Damballah and Saint Patrick, even though the two have very different relationships with the reptiles. Damballah’s signature is the serpent. He is identified with snakes, often depicted as a snake -- a world-creating serpent.

None of the traditional Saint Patrick’s Day rituals involve snakes . . . we can only speculate why.

Contrary to pop culture manifestations, Damballah doesn’t have anything to do with zombies -- look to Baron Samedi and Baron Cimitère for that. Damballah is the source of life, peace, harmon; he is associated with water and rain.

People are beginning to celebrate Damballah on Saint Patrick’s Day, and not just in tsumami-shattered New Orleans and earthquake-ravaged Haiti. They are wearing green to voodoo rituals in Flatbush. Like the sacred, life-giving H2O molecule, the serpent is working its way into the feast and the globalizing culture of the Twenty-First Century.

So, when you’re crashing around in inappropriate green attire, consuming alcoholic beverages in that fine Irish tradition, take some time to remember Damballah. Hear the drumbeat, pay homage to the African god who could not be enslaved.

As Zora Neale Hurston said in Tell My Horse: “One comes to Damballah for advancement and he is approached through beauty. Give Damballah his sweet wine and feed his wisdom with white pigeons.”

I think my Irish ancestors will understand. Quetzalcoatl, that other wise old snake, too. We need all the creative forces we can get in these twisted times. It’s the only way to a better future.

Happy Saint Patrick’s Day, and may the Serpent God send some peace and harmony your way. 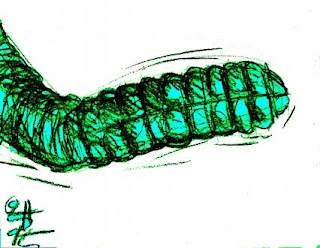