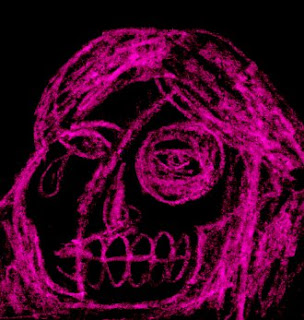 La Llorona has done better than El Cucuy. She pops up connected to pop music, films, literature, and my wife’s blog. For the ghost of a woman who killed her children and calls out for them, seeking others to share their fate, she’s doing great. She may become the Frida Kahlo of our era.
She’s even in commercials. I wanted to include the great one I saw where the Verizon team shows up and tells her that she doesn’t have to cry for her children anymore – she can call them on her network! When I searched, I couldn’t find it online. Maybe it got axed by the same sorts who got the Frito Bandito banned back in the Seventies. I don’t see why – it was funny and clever. And it’s not like she’s the Virgin of Guadalupe!
Besides, there are other commercials featuring La Llorona. Like this Got Milk spot:
I love that she’s holding a pan dulce! Though I usually prefer Ibarra chocolaté with mine.
And this Doritos one is a mini-horror masterpiece:
Another remarkable thing about La Llorona’s current manifestations is that she’s suddenly gotten beautiful. No more of the skull-faced Aztec spirits, or witchy hags of the traditional representations:
These days, La Llorona is a sexy babe, like the above commercials, and in this annual pageant performed on Mexico City’s Xochimilcho:
Can she go from an object of fear to a sex symbol? What effect will this have on the younger generation? How long before some corporation claims to own the rights to her image?
It’s gonna be some future, kids!
at 12:04 PM