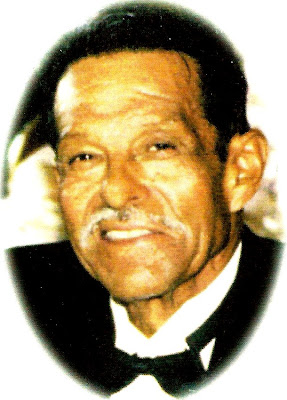 When he died, strange, icy winds blew over California and Arizona. My black suit was still pristine in its plastic cocoon. I was to be a pallbearer again.

Soon my wife and I were in my late father's pickup, heading down I-10 toward L.A. Before we left Phoenix I saw a camouflaged truck with an female mannequin head – long, plastic hair flapping in the breeze – mounted on its hood. Then there was a car with a PLAN 9 license plate. Did my life go Felliniesque again, or was I hallucinating?

The traffic was borderline post-apocalyptic – just us, some truckers, roadkill, and the occasional helicopter or jet fighter as we squinted into the technicolor/ultraviolet sunset. Soon Jupiter, Venus, and the Moon were blazing through the intergalactic void of the desert night. We shot down the Sonny Bono Memorial Freeway through a gauntlet of Indian casinos, into the electric galaxy of the L.A./SoCal sprawl.

It was cold in West Covina. In the glowing, pre-dawn gloom, a rooster crowed, and a dragster roared down Willow Avenue.

I wasn't prepared for the sight of Paul Escobedo Moisen, the mighty Yaqui warrior, in his coffin, with a black eagle feather, an Indian blanket, and the Purple Heart he got for being wounded in World War Two.

Now, I must explain that he was my mother's step-father. I sadly have no Yaqui blood. I am a humble Chichimec. But when Don Pablo called me “mijo” or “son” he meant it without reservation. There is more to family and tribe than mere genetics. In a way, I am as much a Yaqui as I an Irishman.

And Grandpa Paul taught me so much: how to tie a bandana and roll up my sleeves like a working man, which was essential for me to do the jobs that would allow me to survive as an artist, how to be “un macho,” which wasn't about ego, but having the courage to do what needs to be done when you are called upon to do it, and that being a warrior was as much about how well you loved as how well you fought.

He was not a tall man, but for me he will always be bigger than life – one of the pillars of my universe.

And now, because of him, I will tear up when I hear the song Cielito Lindo. I will not hold back those tears. I will cry like un macho.