ANOTHER ERNESTO STORY ACCEPTED BY ANOTHER ANTHOLOGY! 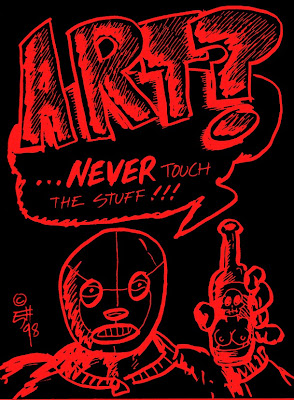 My story Novaheads has been accepted by Álvaro Rodríguez – co-author of the film Machete -- for the upcoming anthology, Border Noir: Hard-Boiled Fiction from the Southwest.

Novaheads is futuristic, dystopian narcotraficante tale featuring a techno-enhanced masked wrestler and a dangerous chili-based drug. It originally appeared online in the November 2003 issue of Claude Lalumière's now defunct lostpages.net. Now it will be in a physical book.