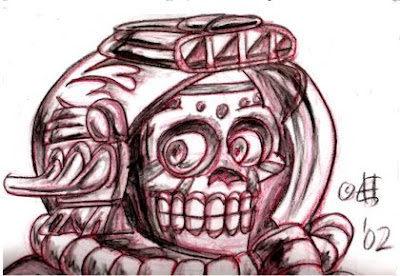 The latest Chicanonautica, over at La Bloga is all about contraband culture: Librotraficantes, and Los Tigres del Nortes' conflict with the state of Chihuahua over nacrocorridos. So here's some some north-of-the-border nacrocorridos:

Not everybody knows that Minnie the Moocher is a drug song. “He took her down to Chinatown / And showed her how to kick the gong around” refers to smoking opium.

Though, by 1969, in Woodstock, Arlo Guthrie didn't have to be so subtle in a song that glorified drug smuggling:

In Free Mexican Air Force, Peter Rowan is backed up by Tex-Mex accordion virtuoso Flaco Jímenez. The song straddles the border, while the video puts a new spin on getting high: