THE WORST CORTEZ ON JUPITER REVIEW 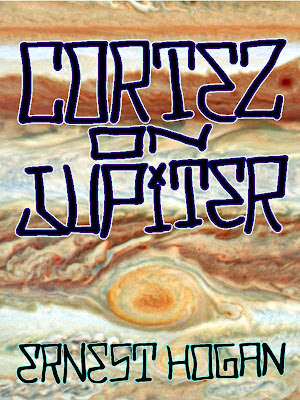 Cortez on Jupiter was a critical success. Most of the reviews were good, and they kept coming long after it went out of print. I've quoted from them often.

One of the first and best reviews was from Tom Witmore in Locus, in which called the book: “the best [first novel] I've read in science fiction since Neuromancer.”

But, not everybody gets it. In the same issue, a few pages later was a short review from Scott Winnett, who was not dazzled. He thought the story was “interesting,” and Pablo Cortez was “a beautifully drawn character,” but to him the writing was “an avalanche of excessive verbiage and abominable prose style.”

I actually like being called abominable, being a life-long Yeti fan. Maybe someday I'll use And Other Abominations in the title of a story collection.

Winnett also felt that: “The dialect and Hispanic color is more often confusing than enlightening or atmospheric.”

“I found the author's ADHD more annoying than amusing, and I can't say whether Latinos [sic] readers will find the mostly stereotypical characters and Cortez's Spanglish more gratifying (it's not like there's a surplus of Latinos in sci-fi) or patronizing.”

I guess I'll have to leave that up to the readers of my Chicanonautica column in La Bloga.

Winnett concluded that: “Hogan obviously has talent, but prose of this complexity requires careful thought, planning, and iron control.”

The complaints about my style – which, actually, in this case is Pablo Cortez's style, the parts of the book that aren't his narration aren't written that way – suggest that I was successful in simulating the voice of an out-of-control character who thinks in images rather than words.

Besides, there are all those people who keep telling me they like my literary abominations.

I don't let negative reviews get me down. I like to have fun with them. Like this act of tricksterism you are currently reading. And I can take fragments of just about any review and make them into a positive-sounding quote.