MY DAD, THE CAPTAIN NEMO OF WEST COVINA 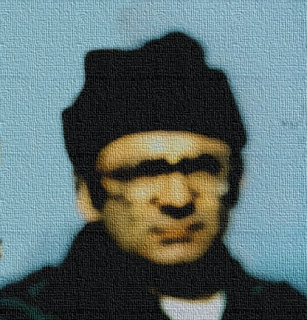 My dad recently died of a heart attack. I like to think he went like a brave bull -- charging the cape, tearing off a chunk of the matador. I owe so much to his heroism.

I was never at a loss for heroes. One lived in my house.

Back in grade school, he once picked me up on a motorcycle. He was all decked out in boots, a leather jacket, sunglasses, and still had hair. All the kids thought I was lucky to have such a cool dad.

I always saw him as the equal of any hero I saw on television or movies. He explained what was fake and what was real in war movies, flew planes, scuba dived, and it was his job to keep those big planes of the Flying Tiger Line working. I would have lived a less interesting life if it weren’t for his bold example.

He was also an intellectual, artist, writer, working-class Renaissance Man who was always educating himself. Many times I saw him decide he needed to know about a subject, gather up a stack of books, and in a short time become an expert. He got his high school diploma the same year I graduated from junior high. He believed in grabbing that knowledge first, and worrying about the documentation later.

This is where I got my we-don’t-need-no-stinking-badges attitude. It’s gotten me into trouble. It’s also taken me places most people don’t get to. Thanks, Dad.

He was pulled up the corporate ladder, kicking and screaming all the way. He always had his own ideas about what he wanted. He was what happened when a guy from East L.A. lived up to his full potential.

He was always a dreamer, a mad genius. Some were disturbed when I compared him to Captain Nemo -- but I consider Nemo to be a hero, not a villain. Dad once described Fu Manchu to me as a “good guy/bad guy.” I guess we see things differently from a lot of other people.

He was a practical, hands-on dreamer. It wasn’t enough to sit around wishing you could do something, someday. He was always rolling up his sleeves and working toward his visions. Sometimes it was like tilting with windmills, but if you can’t dream bigger than reality, you aren’t really alive. And if you don’t take some stabs at the impossible, you haven’t lived.

I cherish the memory of the two of us working on the ferro-cement boat in the backyard. While hanging those pipes, laying that mesh, and twisting those wires, I learned more from him than I did in any school. I found the crazy path my life would take, and I am eternally grateful.

So let us build our sailboats, our submarines, our monsters, our starships, and go on our voyages, our adventures. We may not become as heroic as he was, but if we don’t try, we are lost. 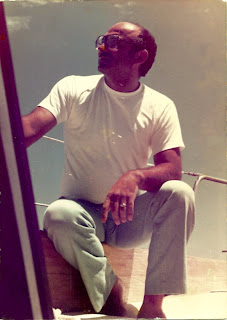