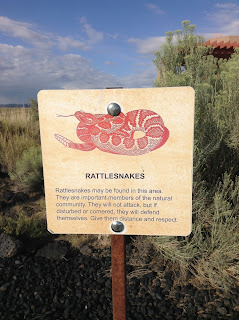 Around the El Malpais Visitor's Center, signs warned of rattlesnakes. A millipede crossed our path before we headed to Truchas through fields of datura-studded lava. 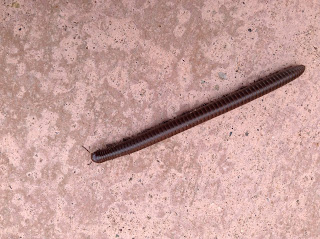 They were roasting green chile in front of the Pojoaque supermarket. I thought I caught a whiff of marijuana. New Mexico is always a bit countercultural. 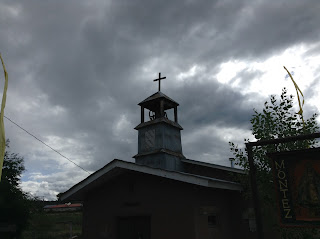 It usually rains as we approach Truchas. This time there was a gigantic, grey cloud, like a tidal wave crashing down in slow motion, rotating in an attempt to become a tornado. Things cut loose as we reached the mountain roads. Pounding rain. Lightning. Thunder. Muddy water running in the washes. 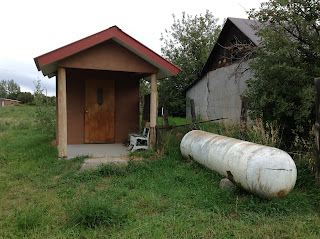 When we got to the place we usually rent, and settled in, the storm stopped. The sun blazed. Em and I took the High Road to Taos and got lattes at the Wired? Cafe. 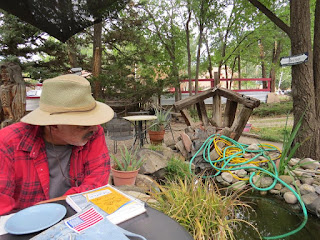 Then we went to a thrift store, where Em shopped for clothes, and I found a lot of very interesting used books – including Comte de Lautrémont's Le Chants de Maldoror – that were too cheap to resist. 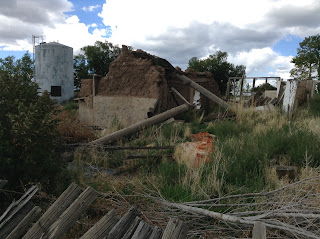 I also considered that for them, the next stop was the landfill. We can only hope the the archeologists of the future have the technology to reconstruct them from the decay. 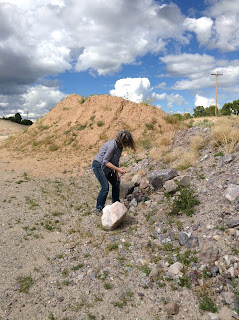 Decay. Like the abandoned, dilapidated buildings of New Mexico, the new ruins – some of them from the current century. Truchas has its share. 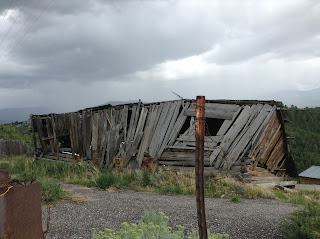 And a new world springing up in the form of murals, like this one with a green horse in Taos. 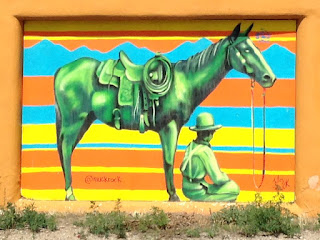 Truchas is good place to stay, even if it doesn't have wi-fi – which can be something of a pleasure, like the unseasonably cool temperatures, and using blankets at night in the summer. It's also reasonable and a picturesque drive from Taos, Santa Fe, and Española that are all full of wonders. This time there was a lot of Bob Dylan and Janis Joplin on the ambient radios. 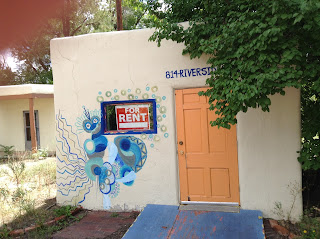 There does seem to be magic in the air. I remember saying at one point,“This is the right way. I remember the dinosaurs.” There was a sign: VEGAN TACOS MADE WITH REAL VEGANS. And we ate at a wonderful place called Mante's Chow Cart, a fast food joint with a delightful local, green chile flavor. 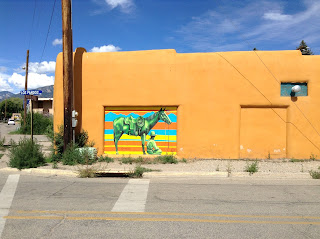 Why doesn't Taos rhyme with chaos? I need to write a story called “Chaos in Taos . . .” 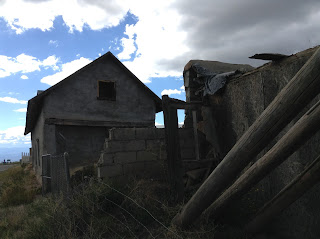 At a visitors center, a vehicle with out-of-state plates was having trouble negotiating a tourist center parking lot. Two elderly hippie ladies (their gender was not obvious at first) got out, and had to help each other walk. This place attracts interesting people. 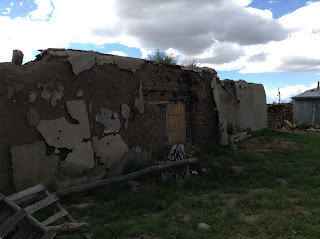 At one point, Em and I walked over to the family graves of people who owned the house we rent, to pay our respects. As we were there, a rainbow faded in and out over the nearby rain-shrouded mountains. Some kind of magic in that air. 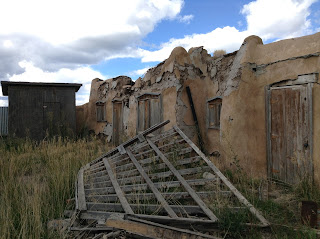