The caffeine from the iced-tea hadn't pulled me out of my stupor when Obeah X15 and Doc Burnout proceeded with a simultaneous overlapping info-dump that I couldn't have followed without the help of the Krell chip. Obie recapped his discovery of the conspiracy to make giant lizards while Doc kept switching from his tracking down the Kafka virus to his not being able to find his lover at Sky Harbor Airport in the morning.

All the while the Nigerian kept his eyes on us and typed into his laptop.

"I made a royal pest of myself, but there was no sign of her, the plane arrived from Bogota, but she wasn't there." Doc was getting incoherent.

"It what Lalaita likes to be called." I said.

"He's a guy! I don't care what kinda state-of-the-art artificial boobs he keeps going down to South American to get. Anyone with a weenie is he!" Obie ranted.

"So what about the Kafka virus?" I asked, trying to change the subject. "How could it possibly change people into cockroaches when they turn off their computers?"

"How should I know?" Doc took a long sip of ice-tea. "I'm just reporting the data I've gathered."

"You're so insensitive," said Doc.

The Krell chip shuffled some stuff and threw it into my brain. "Maybe there's an extra high level of peyote pollen in the desert air right now. We're all gang-hallucinating."

The Nigerian looked particularly worried about that, even though Doc and Obie blew it off, while I spotted a saguaro moving around the entrance to Monkey Ward in my peripheral vision.

"I've also been hearing rumors about a new drug on the streets," said Doc.

"Yeah, me too," said Obie. "Somekinda newfangled recombination of opium and coca -- could be bad news!"

With that the Nigerian's eyes got real big. He shut down his laptop, and before he could close the lid, changed into a king-sized cockroach. I got up, screamed and bolted a few nanoseconds before the crowd went berserk. Obie and Doc followed me through Miracle Mile to the nearest exit.

So did the saguaro. 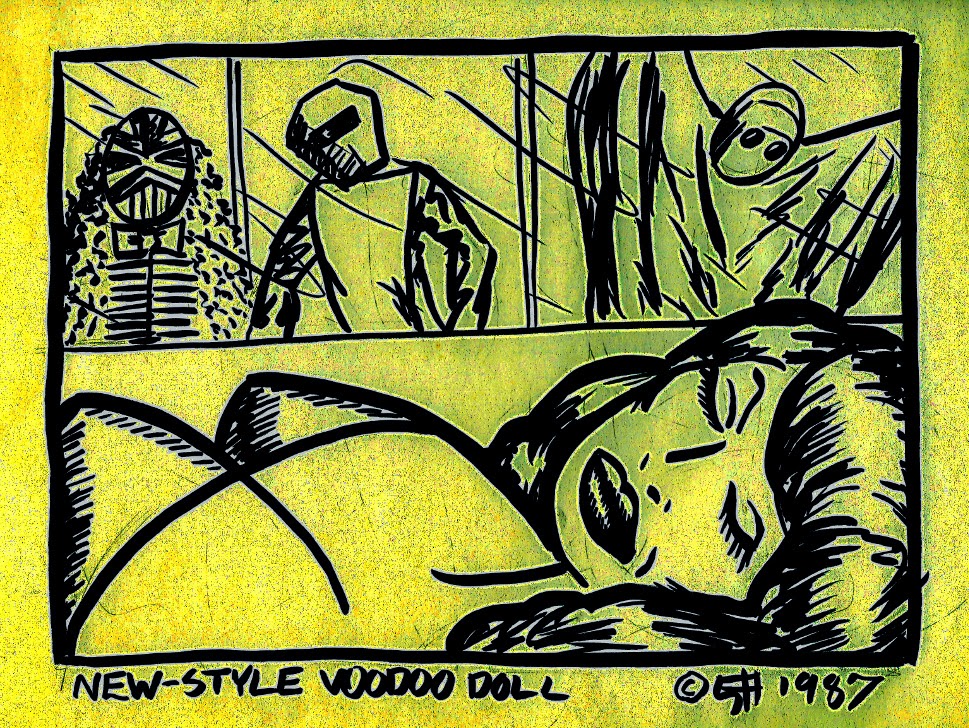