Out in the parking lot, an unmarked helicopter was hovering over Doc Burnout's van, shining a spotlight on it, looking cornball sci-fi as all hell.

It looked  that way to me, too, only I wasn't the one in control of my brain at that particular moment. The Krell chip had detected the sweet electromagnetic signature of running computers, and had me zeroing in on full-out attack mode.

The rear hatch was open and waiting like the horizontally-hinged mandibles of a sacrifice-starved mechanical spider-goddess. I dived in like a willing partner in my own oblivion. The helicopter turned off its spotlight, and the doors slammed shut, leaving me in the cool, dim illumination of the monitor screens and light-emitting diodes of Doc's onboard information system.

The chip purred with delight.

I nearly snapped my neck trying to look at all the screens at once. So much information; so little time --- not to mention neurons.

The faint sound of Doc crying "Stop you thieves!" was drowned out by the roar of the van starting up. There was no driver. The dashboard displays flickered while the wheel and pedals worked themselves.

I didn't have time to wonder how it was possible. The damned chip had me bouncing around trying to absorb as much of the ambient information as possible. Between that and the shifting g-forces of the van's random trajectory, I was expecting to be bashed to a bloody pulp as my eyes and ears caught scattered bytes of precious information:

Then the light leaking in through the windshield and portholes got a little brighter. Suddenly, there were no g-forces. I was floating. Weightless.

NEXT WEEK:  WE HAVE LIFTOFF 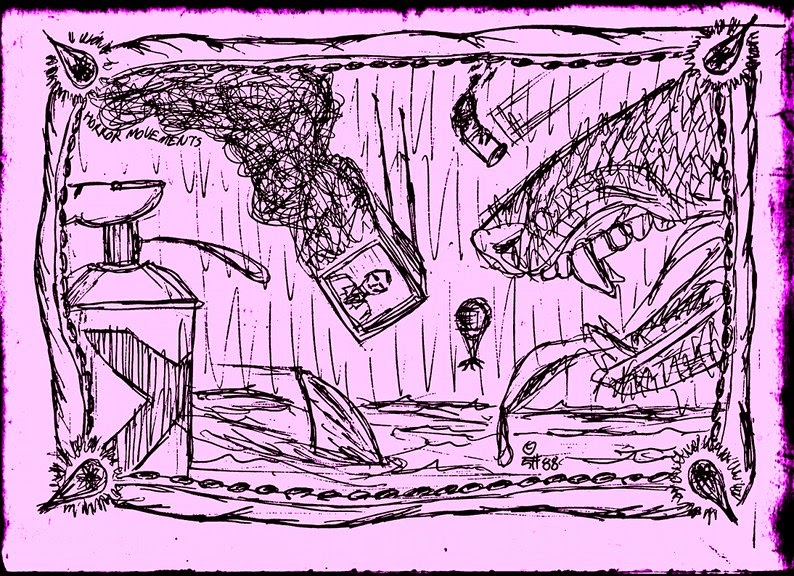