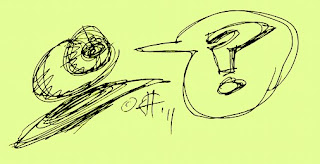 I arrived at CopperCon 2011 on Saturday afternoon. There were people milling around the halls. I saw some costumes – mostly steampunk, which in Arizona has spaghetti western flavor, rather than a slavish worship of corporate franchises. Funny, and kind of sad, how mundane hotel guests aren't shocked anymore.

I found Rick Cook talking about ebooks with a guy who “just prefers real books.” I've been hearing that lately, from a lot of people, especially science fiction fans, who, as usual, are resisting the future as it comes crashing down on them. They really need to read Rick's ebook, Shift Happens: The New E-Publishing Paradigm And What It Means for Authors.

The panel on online publishing mostly had writers and wannabees in the audience. That's the big issue: How do you get readers to find out about your ebooks? Looks like we're going to be forced out of our home offices and into the streets, or where ever . . .

Rick and I got to talk about the illustrations that I'm currently doing for the ebook of our novella Obsidian Harvest. Images for an Aztec dinosaur detective story take a lot of research. A guy can get distracted.

As I was driving the Crudmobile home, it started dying at intersections. I was lucky I made it home. Then it hit me: Here it is, a big, flaming metaphor dropping out of the sky – the old technology giving out just I was trying to go on with business as usual.

It'll happen for all or us. Soon. Hell, it's already started. Is there a Barnes & Noble in your town? Where do you get books these days?

The next morning we let the con know through Facebook, Twitter, e-mail, and phone that we may not make our Sunday-night panels. Fortunately, El Troque was in good working order, getting us both to our jobs that day and the con that evening.

I was twenty minutes late for the panel on where to find science sources. No other panelists had showed up, so the audience started without us. Yes, there are people who are interested in science out there. It was fun.

Em also found a DNA analyst and an astronomer to help her with a homework equation that was giving her trouble. 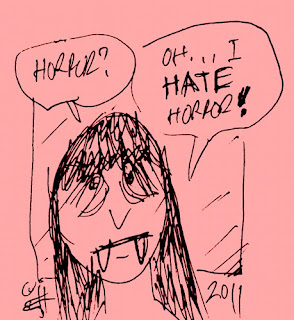 Monday, Em had a couple of panels, I got to hang out in the audience and think about where all this science fiction stuff is going.

We're still hearing a lot about the highly formulaic popular fiction of the past decade – paranormal romance, sexy vampires, etc. – and how that's the way to go, even though the format that they sold in – the good ol' mass market paperback – and the stores that carried them look doomed. In my last couple of years at Borders, I saw the sales of genre paperback melt away to nothing. Will they make the transition to ebooks? We'll have to see what happens in the next few years. 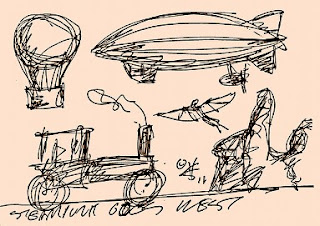 Steampunk is also big, not just as a fashion statement, but in fiction. I can recommend David Lee Summers' Owl Dance. Again, this is nostalgia for old futures, old technology. I guess I should finish my Pancho Villa airship story.

Ans now that it's over, I've got this long list of things to do, so I there's probably a future in this sci-fi stuff after all. 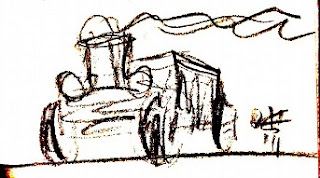