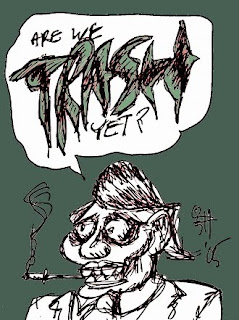 Things broke down in the last few weeks at Borders Paradise Valley. With no bathrooms and not much merchandise, business got slow. It was an endurance test. I had a hard time thrashing my notes into something coherent.

Little Old Ladies From Hell were out in force. They were making the circuit of all the closing stores. “The other stores look nekkid compared to yours,” they chortled. A lot of them suddenly had use for shelves and fixtures -- and of course they're connected to non-profit organizations, so they have to ask about tax exemption.

An old fart pulled up a long horse-trailer and filled it up with shelving and fixtures.

They kept asking “When's the last day?” I started to to fear we may be the last store to close in the area.

The “Area-e” desk that once glowed in the center of the store like a sacrificial altar became just another fixture for sale, its red, particle board & plastic veneer tops pried off, exposing a complex tangle of wiring that once ran the computers.

The official close date of 4/16/2011was announced. I put it on my name tag. The information didn't make customers happy.

There was a lot of impulse buying of marked down Sony and Cruz readers. “Hey, gimme one of those, too!”

A man bought one of the fixtures holding up a LAST TEN DAYS! sign.

An effeminate boy showed his mother the least disturbing illustration of a manga he could find to convince her let him buy it.

A workshop on applying for unemployment, doing a resume, etc. at the North Scottsdale store was announced. 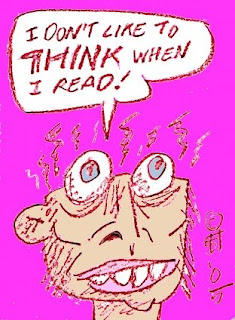 While moving the science fiction section, the seat of my pants split – I had to tie my overshirt around my waist & show my HOMELAND SECURITY/Indian war party T-shirt. Once again, I went naked before the world, and nobody noticed. They weren't paying attention

We got a delivery – all the stuff the Tucson store couldn't sell.

The guy giving the unemployment/job hunting seminar showed up at our store by mistake. He didn't believe he was wrong. After some arguing, he got out his cell phone and called them.

Finally, we sold out of e-readers – even one of the original Sony's without a touchscreen.

A new sign appeared in the back room: “Attention – Our new Closing date has been moved to the 19th or the 20th.” I drew a big question mark on my name tag.

Then they committed to the final date: Wednesday, 4/20. It was my day off. I didn't mind missing it. The customers were having some heavy emotions, and I didn't want to deal with it:

“What if something happens and there's no internet and ebooks don't work – what will we do to pass time?”

“What am I going to do on Friday nights?”

“Where are those homeless people going to go?”

Then, because someone complained, a health inspector made us reopen the bathrooms that hadn't been cleaned in weeks, a couple of days before the end.

Another note appeared in the back room: “Paychecks for 4-22-11 will be sent to your homes. Then your check for this week will come in your mail mid week next week.”

I'm glad to be out of there. Hope those checks clear. 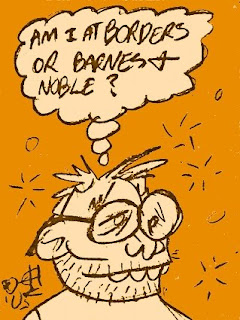