MURDALAND: THE BEST FICTION MAGAZINE OF THE OOS 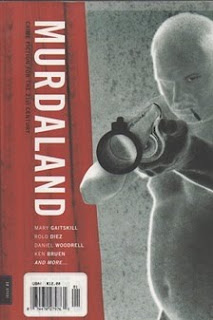 It only lasted two, book-sized issues. It was also the only fiction magazine in a few decades that compelled me to read it from cover-to-cover, including the ads.

They were a couple of damn good issues.

And what crime fiction! The latest from the neo-noir crowd, graduates from the literary mags, members of various ethnic groups, and some tough dames. I was particularly impressed by the inclusion of Argentine Rolo Diez and ex-Sandanista rebel Paolo Madrigal, who “refused payment in American dolars and would only accept a case of Quixote Rum.”

They even had the good taste to reprint classic hardboiled writers like David Goodis, and Don Carpenter.

“Crime Fiction for the 21st Century” didn’t limit them to modern crime. Two of their best pieces were excerpts from Westerns: Smonk by Tom Franklin, which not only revolutionizes the genre, but will give horror and steampunk fans a run for their money (if someone ever makes a movie of it, watch out!), and The Drop Edge of Yonder by Rudolph Wurlitzer, who wrote the screenplay for Peckinpah’s Pat Garret & Billy the Kid.

Murdaland was a mutation, a twisted experiment, the soul of a pulp magazine implanted into the body of a literary journal. Bookstores put it with those dull journals, where the pulp fans wouldn’t find it, and the literary types wrinkled their noses at the pudgy gun-toters on the covers. It became another victim of the Great Cultural Collapse (still in progress).

As Hunter S. Thompson said about Oscar Zeta Acosta, “too weird to live and too rare to die.”

We can only hope that in the struggle to survive the next few decades, more brave souls can hack out a bit of breathing room for such glorious mutations.

But meanwhile, you can still buy these two issues -- I'm getting the urge to re-read them myself. I suggest you do so fast. The supply won’t last forever, and time is running out. And we don’t know when the next magazine of this kind will appear -- if it ever does. 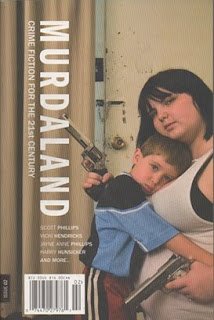