THEME, VARIATIONS, AND THE MARIACHIS OF MARS 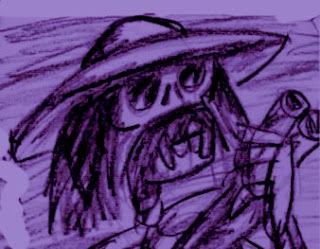 The world is in turmoil. Looks like the times they are a-changing, as we used say way the hell back when. It looks kinda apocalyptic, but I’m not worried. Like my wife, Emily, I don’t believe in the end of the world – it’s just change, you make some adjustments and go on.
As usual, I find myself hurtling ass-over-tea-kettle into a new frontier . . . 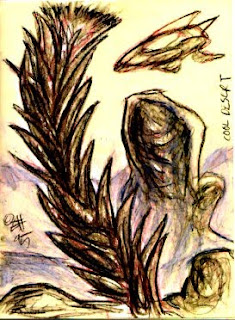 Theme & Variations a podcast anthology of science fiction with musical themes edited by Michelle M. Welch is now online. A new science fiction story on MP3 about music will become available every week for eight weeks. Maybe one of the stories – or hopefully, the whole anthology – will achieve my mad dream of science fiction that makes people want to get up and dance.
Mine will be the last, available on December 16,“The Rise and Fall of Paco Cohen and the Mariachis of Mars.” It first appeared the April 2001 issue of Analog -- about a guy working as a janitor on a Mars colony. The corporation in charge tries to use him to manipulate the workers. Paco has is own ideas, so does nanohudu that’s doing the terraforming on the molecular level.
Michelle put in some great blues by Jack Mangan to make it rock.
This is my second podcast, though my first in English, after the Russian one of "Coyote Goes Hollywood." I’d really like to hear from someone in Russia someday. Is anybody really using it for a ringtone?
I’d really like to know.
Meanwhile you can catch the rest of the Theme & Variations stories. I hope that somebody gets up and dances.
Wouldn’t it be great if science fiction could someday make the whole world get up and dance?