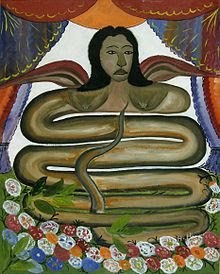 Happy St. Patrick’s Day, cabrones! Remember Damballah! And why not babble about my Irish heritage?

It’s all the fault of a cabin boy who jumped ship back in San Francisco back in the 19th century. He wound up in New Mexico.

Yes, the New Mexico Irish are a thing, thanks to the Spanish Armada and the Catholic Church. The most famous one is Billy the Kid,who spoke fluent Spanish, wore sombreros, and was killed in his Mexican girlfriend’s house, “Quien es?” for his last words. Members of my family rode in a posse after him and testified against him in court.

My Irish ancestor was back in San Francisco for the 1906 earthquake. Then nobody ever heard from him again. No proof or report of his death, just—poof!—gone.

He may have been one of Teddy Roosevelt’s Rough Riders, but again, no documentation.

A monument lists a Hogan as being killed as a member of the Battalion San Patricia. No way of knowing if he was any relation.

Grandpa Hogan, who looked Irish until he started speaking Spanish, didn’t have a birth certificate. “The church burned down,” he said. 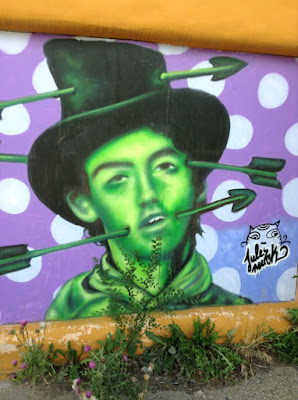 All these Hogan family mysteries! We have a long tradition not reporting things to the authorities. Maybe there are good reasons for remaining undocumented.

In honor of her children’s heritage, my mom learned to cook corned beef and cabbage, and would make it every St, Patrick’s Day.

More chingaderas to make life complicated for me. People get confused, and even disturbed when forced to confront a six-footer with brown skin, an Aztec nose, and an Irish name. It seems to be my mission in life to confuse the issues.

During my youth I grew to dread filling out forms. There was often no right box for me to check. I wasn’t black or white. “Other” is just too damn vague. When they started including “Hispanic” it was often amended with “Spanish surname only.” Why do bureaucracies keep trying to categorize me out of existence?

No wonder my dad would hold up his clenched fists and say, “This is how I proved I was a Mexican.”

I developed an attitude that scares a lot of people.

I feel that none of this makes me less of a Chicano. The word lets folks know where and when I’m from instantly. And the dash of Irish only makes me more of a mestizo. Forget my bandido flourishes, it’s the Irish hooliganism that you have to watch out for.

I also find it difficult to sort out the Irish from the Mexican. What is the difference between la Llorona and the Banshee? Who is that crying in the Aztlán night? Ask St. Patrick. Or Damballah. Or the powerful spirit of an Aztec woman who heroically died in childbirth. 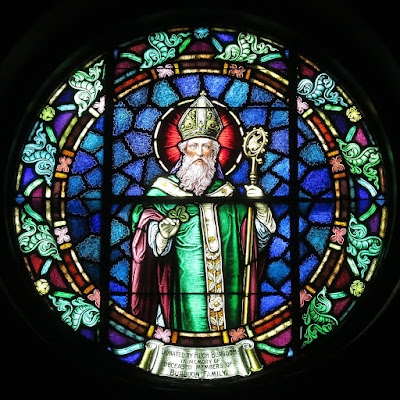