I WAS A TEENAGE HARLAN ELLISON FAN 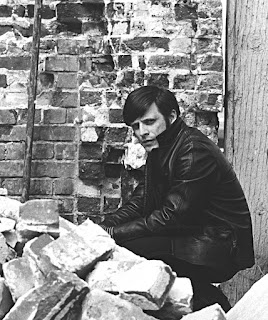 The current generation sees Harlan Ellison as a curmudgeon who was always bad-mouthing their favorite franchise products. The don’t get why an old guy like me, who was coming of age in the early Nineteen Seventies, thinks he’s such a big deal. After all, they’ve been programmed to hate their favorite writers for not keeping all their favorite series coming at them fast and furious, as if it were possible to die from not enough of the right kind of entertainment.

It was different for me waythehell back then. Harlan was young too. He seemed to be possessed of limitless energy, like a superhero. To be in the same room with him, even a gigantic ballroom, nearly blasted you off your feet. His lectures had the intensity of rock concerts.

He seemed more like a rock star than a writer.

I started reading him at an age when most millennials were reading Harry Potter. 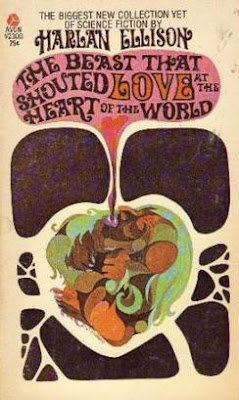 His name kept coming up in the science fiction magazines I was reading. Then I found The Beast That Shouted Love At the Heart of the World on the sci-fi shelf of my local public library. “Along the Scenic Route” -- “Shattered Like A Glass Goblin” -- “A Boy and His Dog” !!! Made Ray Bradbury look like an old fogey. Then when I found Dangerous Visions! And what happened when I snuck those books onto the campus of Edgewood High School in West Covina, California, and slipped them in front of the eyes of unsuspecting teenage girls . . .

I realized that being a writer could be more than my adolescent mind dared imagine.

It wasn’t just science fiction/speculative fiction/what we called the New Wave after the French filmmakers and before postpunk pop. Harlan was so hip, and cool that he was everywhere. All kinds of magazines, comic books, Star Trek, The Outer Limits, talk shows . . . He was a manifestation of the counterculture, our revolution while the war in Vietnam blazed, kids showed up to class stoned. 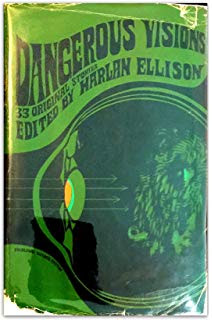 I started buying the L.A. Free Press (George’s Liquor Store, my main connection to literature and culture back then, started carrying it) when I found out about his Glass Teat columns that deconstructed our electronic environment. The books collecting them are one of the best, play-by-play accounts of the times--history teachers take note. And what happened when I showed those to the girls at school . . .

And to be listening when he went on KPFK’s Hour 25 and took Pacifica Radio's concept to glorious, obscenity-studded extremes!

He helped me go crazy in those days. I dared to be a rebellious, surrealist cartoonist confusing and scaring people in the high school newspaper. I dived into self-learning how to express myself through writing, because teachers never knew what I was talking about.

Thank you, Harlan. For broadening my horizons. For amping up my guts to explore that deranged world that seemed to be collapsing around me.

I may have still become a writer if I never encountered you. Maybe I would have even been more commercially successful. But I wouldn’t have gotten away with the magnificent shit that I’ve committed.

And that is what it’s really all about. 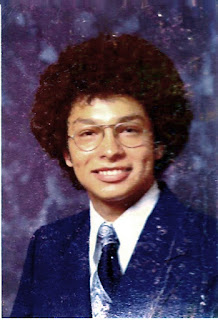