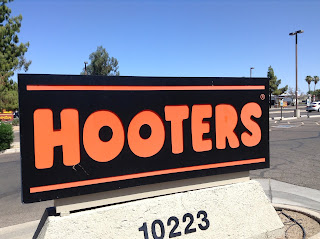 The Hilton Doubletree North turned out to be right next to the Cholla Branch of the Phoenix Public Library. A Filiberto’s, a Hooters, and Hydroponics Depot were across the street. I found it funny, but then Emily and I had just been to a funeral the day before, which put a peculiar spin on the weekend. 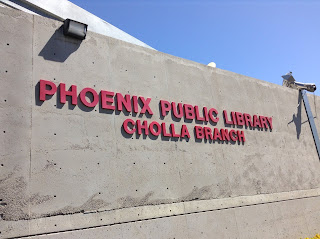 We had also been at Phoenix Comic Fest a few weeks ago, and Em was still recovering from Denver Comic Con, where she was nearly trampled by people trying to get to Jim Davis, the creator of the comic strip Garfield. At one point she was in a hall so crowded, she said, “If we were in someone’s blood stream, they would have had a heart attack.” 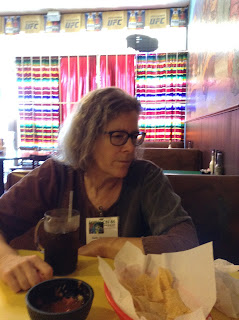 After all, we are all just cells in the organism we call civilization.

As we walked in we saw a woman who looked like the ghost of another friend who had died recently. 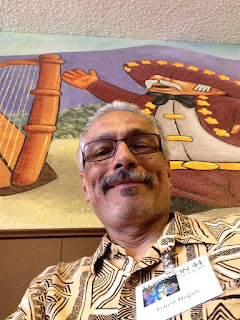 LepreCon 44, in a lot of ways was the opposite of the corporate comic cons, small, old school, old-fashioned clip-on badges, no program book--just two sheets stapled together, and the tiny art show was combined with a dinky dealer room. The whole thing was put together in a couple of months. It was a fannish time warp to the cons I went to as a kid in Nineteen Seventies, disorganized, funky, things weren’t controlled, but then just about anything could happen. 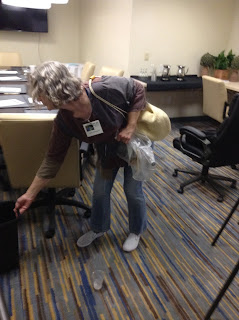 Most of our panels were in the Executive Board Room, which was crammed with a table a chairs that were way too big for it. A flimsy wall decoration got knocked off and broken as people tried to get in and sit down. I do like the way you can’t tell the panel from the audience.

Water was dripping the ceiling in two places when we got there for the “Are We All White?” panel, which, even though the panelists outnumbered the audience, went well. Maybe the times they really are a-changing. Got wondering if I should give New York another try . . . 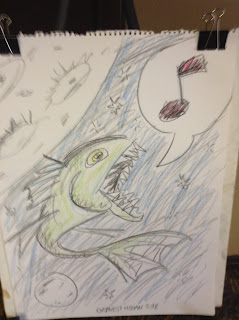 Em had to work the next day, so she dropped me off at 10 AM. There were an awful lot of people in with con badges and costumes walking around the hotel for a Sunday morning. Maybe it’s the graying of fandom, and the underage, new generation. 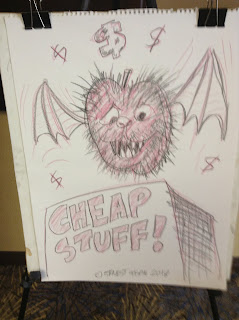 At the “I Wrote Something! Now What?” panel Maxwell Alexander Drake told of his plight of being paid incredible amounts of money to write media projects that end up not being produced and never being seen by anybody. What a crazy business! Guess I’m lucky to have had a career where people notice me and I get called a genius every once in awhile. 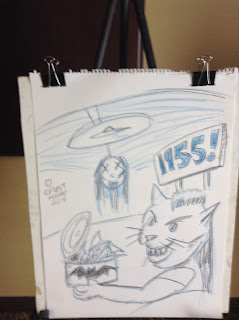 The Sketch Off was fun. Shea Robinson, Jason Youngdale, Gilead, and I created art based on audience suggestions that were immediately auctioned off to help an art program for abused children. I really need to draw more.

The last panel “Researching Pasts That Never Were” had an audience that was bigger than the panel. Maybe people were really interested in the subject. David Lee Summers and I got to talk about history, alternate and otherwise, and the joys of research.

I’m glad these old school cons are still around. I wonder what kind of future they have. 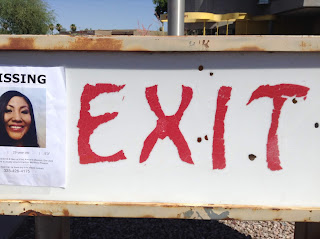