TIMEWARPING AT THE PHOENIX COMIC FEST 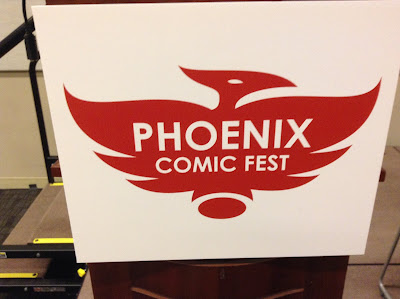 “If it weren't for the writers we'd be here at a comic book convention!” I heard Harlan Ellison scream that at the 1972 WorldCon. Yeah, I was there, a teenager with Jimi Hendrix/Abbie Hoffman hair that scared people.

But what really scared them was the science fiction.

I found myself thinking a lot of stuff like this at the Phoenix Comic Fest.

Harlan was right. If it wasn’t for writers, the comics, TV and movie franchises that comprise geek/nerd culture wouldn’t exist. But is seems that most of the consumers would rather imagine it to be part of their natural environment.

Only their environment ain’t so natural, and it keeps changing. 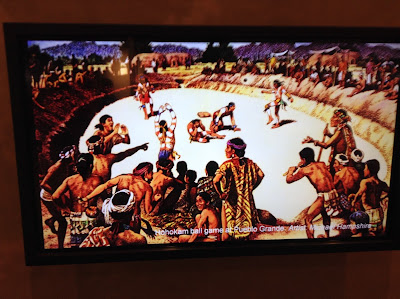 Just ask the Hohokam who dug the canals we still use in the Valley of the Sun, and played the ancient ball game in courts of the same design found as far south as Central America. The Phoenix Convention Center is built on a site where their artifacts have been excavated. Sooner or later we become archaeology--if we’re lucky.

Emily and I did a park-and-ride on the light rail, from which Phoenix looks like a sunny near future from a pre-Blade Runner sci-fi production, complete with lots of shiny, colorful new apartment complexes to house the workers for the tech industries that have not quite moved in yet. The Comic Fest is the manifestation of the culture of that brave new world.

We got out with the nerds and cosplayers, and were greeted by giant metal insects, pedicabs, concrete barricades, police cars with lights flashing, dogs sniffing the perimeter for . . . explosives? . . . drugs? Then we got scanned with the metal detectors at the security checkpoint. 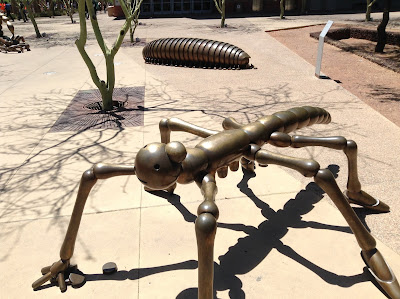 Utopia? Dystopia? What kind of topia do we have here? Just where does the sci-fi end and the real life begin?

In the old days there was the giddy impression that the fans were creating a world of their own. The “mundane” world saw it as a threat. It was especially fun when a convention shared a hotel with a religious gathering. Ah, the looks of confusion and horror. “Is it something you . . . believe in?”

I liked to imagine someone freaking out into a pay phone: “Operator! Give me the police! All these weird hippies have taken over the hotel! Some of them are naked! My daughter told me the stairwells smell like marijuana! I think they slipped me LSD! The things I keep seeing! Better make that the National Guard! Do you think they have those tactical nuclear weapons I’ve heard about?” 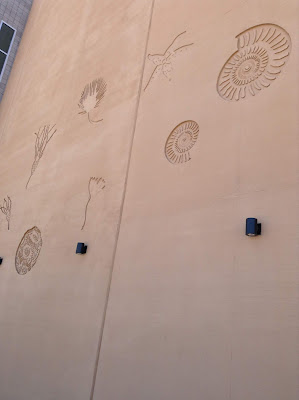 Now the geeks come to bow down and worship corporate icons. They are the audience. Writers should know something about their audience.

Should writers even bother? 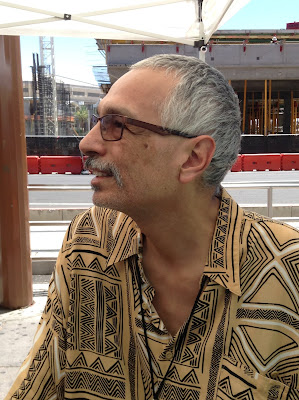 At first the section with the panels looked small, a sideshow, compared to the rest of the Fest, but that was just because whole thing was so big. After I adjusted my mind for the scale, I realized that they had a good sized convention going on inside the Fest. The panels were in bigger rooms and better attended than in most of the traditional cons I’ve been to lately. 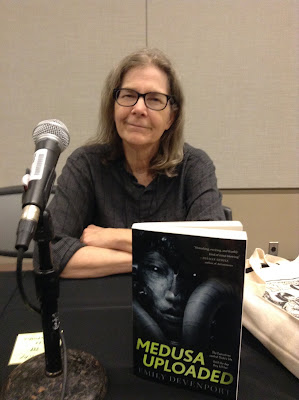 Tor had sent Emily to publicize Medusa Uploaded. I must admit they did a good job in putting their writers in front of the audience. It’s quite different from back when they gave me the bum’s rush back in the Nineties. A lot of the panel titles were prefaced by “Tor Presents.” John Scalzi and Cory Doctorow kept things under control, never making you feel like a riot or a revolution was about to break out--like in the bad old days.

But then, when things get this big, the name of the game becomes crowd control. 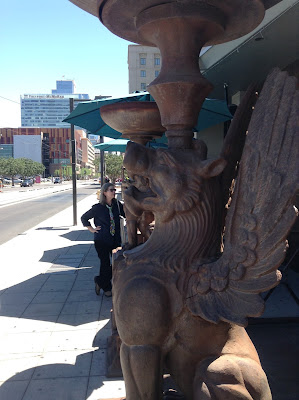 One of the panels that Emily was on was about “The Prophets of Science Fiction.” She asked me about it ahead of time. I told her that the most accurate sci-fi predictions of our times were made by Philip K. Dick and the Firesign Theater. Mostly because they weren’t trying predict anything. They didn’t take it too seriously (the fatal flaw of a lot of science fiction) and let it get absurd.

The future is absurd, kids, get used to it!

When I think about the franchise frenzy, the costumed crowds in the halls, and audience at the panels going on and on asking serious questions about changes in society, and the armed security that surrounded us, it seemed like collaboration between Dick and the Firesign. And the real future is probably only going to be more so.

I wonder what the old-time science fiction fans, and the Hohokam would think. 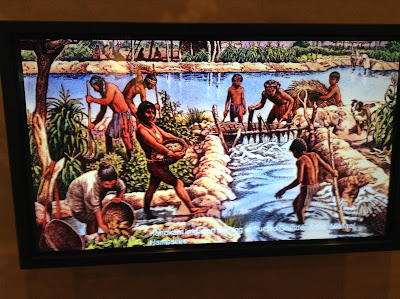