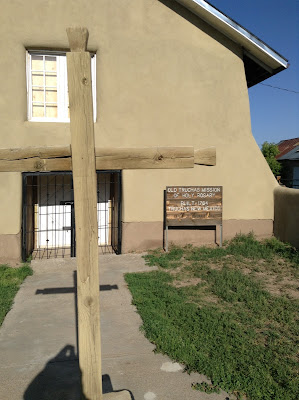 As we were leaving Truchas, Emily's mom mentioned that she would like to look at the old mission, Nuestra Señora del Sagrado Rosario, built in 1764, and recently restored. So we parked in front of an abandoned bar in a space labeled HARLEY PARKING. I took a picture—what the hell, let folks think we spend our vacation drinking and discussing politics with bikers . . . 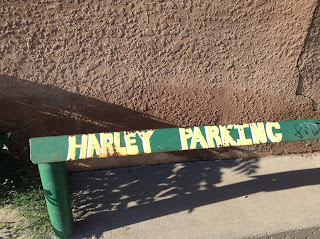 Highway 84 goes through Northern New Mexico, cutting through Arizona into Utah. There are outback pizzarias, and mix-bag fantastic Aztlán geology all the way. A sign announced MONASTARY 13 MILES. Dead skunks were deodorized by the high levels of ultraviolet radiation. Trees on a mountain turned out to be microwave towers in disguise. John Wayne and Jesus watched over us in a Cheveron. We passed the skeletal ruins of a drive-in movie theater, and turned onto Highway 64, where a sign said VAYA CON DIOS. 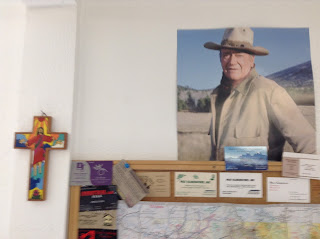 "We are in Tony Hillerman Territory,” said Emily's mom.

On the reservation, there are practically no signs telling you what road you're on. Guess they must figure that if you don't know where you are, you shouldn't be there.

Also on the Rez, the Red Mesa High school team is the Redskins. 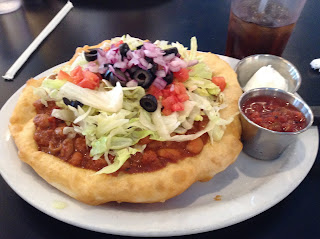 Back in Bluff, Utah, we couldn't resist the Navajo tacos at the Twin Rocks Cafe. Our server was blue-haired native girl.

Highway 95 is a spectacular eye fry. “Kind of like being on Mars,” said Emily.

Next to the Colorado is a smaller river called the Dirty Devil. 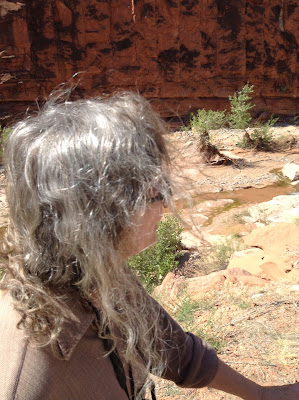 Our favorite spot was Hog Springs. It's the home turf of the Moqui Queen. 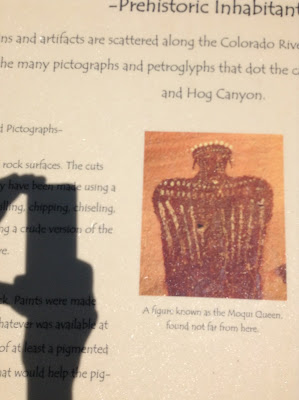 In Hanksville we couldn't resist stopping at Carl's Critter Garden, though Emily's mom thought the Frankenmechanoid creatures were ugly. 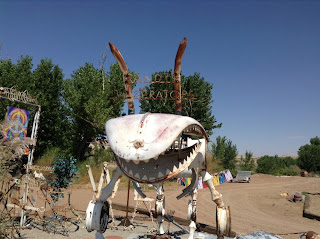 We kept seeing llamas along Highway 12.

At Rustler's Restaurant in Tropic, the pulled pork sandwiches were great, but the western décor was bland. I didn't bother to take any pictures. After a while, the people at the next table started talked about Obama, socialism, and how they messed up everything. 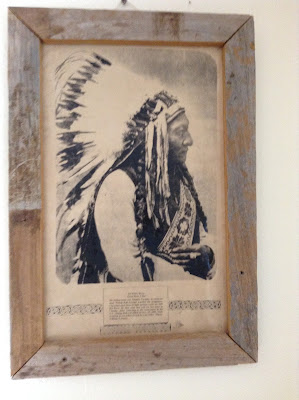 Things were different at Bryce Pioneer Village. Em's mom's room had a photo of Siting Bull and a demented-looking portrait of John Wayne, who's becoming a secular saint in these parts. 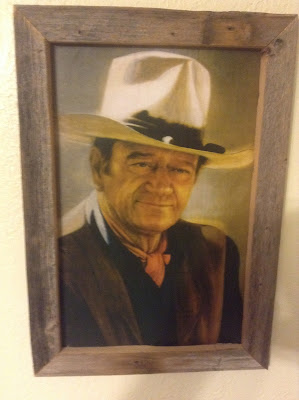 Our room had a print of Frederic Remington's Apache Ambush, with the warrior taking aim at a covered wagon, and a copy of The Book of Mormon in German. 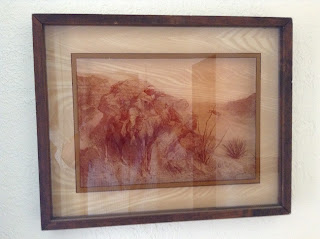 That night, the live country music next door didn't keep us up. Utah shitkickers must be a mellower breed. 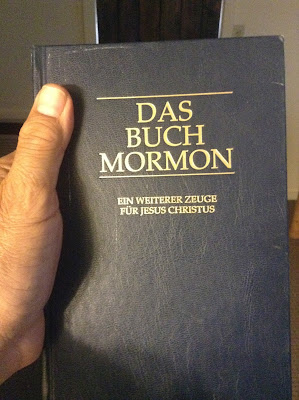 In the morning, a lot of German was being spoken at the breakfast bar. 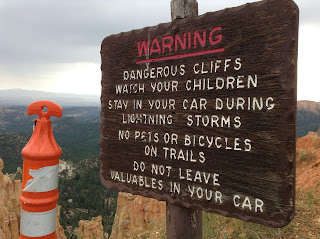 A Bryce Canyon we ogled the hoodoo rock castles below where sea monsters once swam. 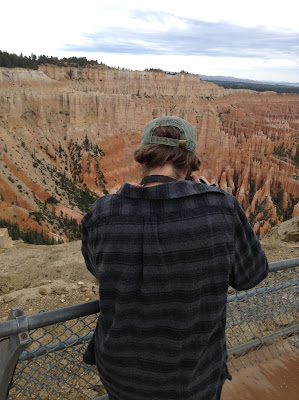 Zion National park is a geological phantasmagoria, with lots of datura in bloom. 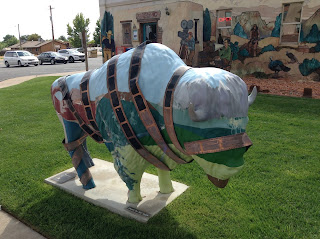 We stayed in Kanab, the cowboy gateway to Bryce/Zion. In memory of the days when Hollywood would come over to use Utah for its mythic Texas, the place bristles with TV/movie Wild West décor. 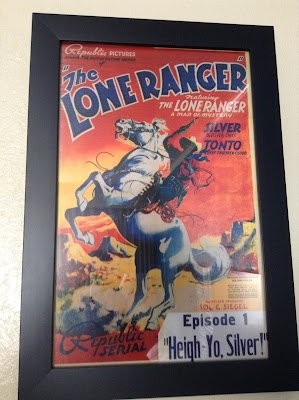 The Lone Ranger lives here—a poster was in both the rooms we rented, and a cutout guarded an intersection 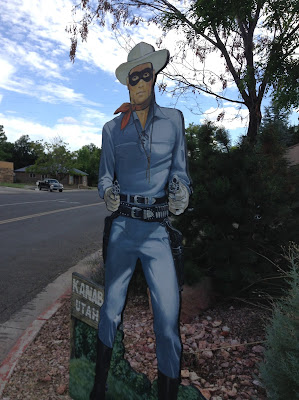 I enjoyed chicken-fried steak at Houston's Trail's End Restaurant near a replica of the iconic Trail's End statue. 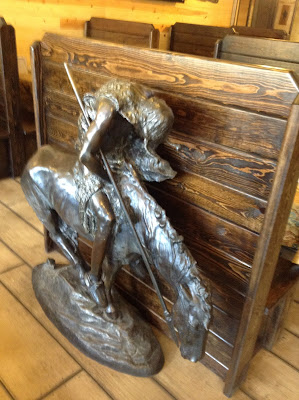 Finally, it was a banzai run down 89A, back across the Rez, down to Flagstaff where we heard the Grateful Dead--“What a long, strange trip it's been”-- in a Shell station that was attended by young Indian man. 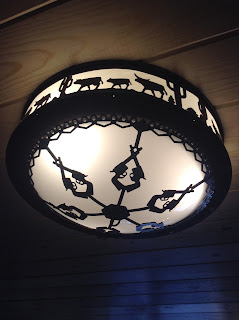 Back in Phoenix, on the 101, a car was flying a full-size Confederate flag. 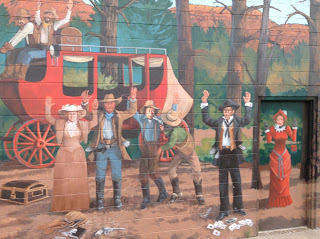