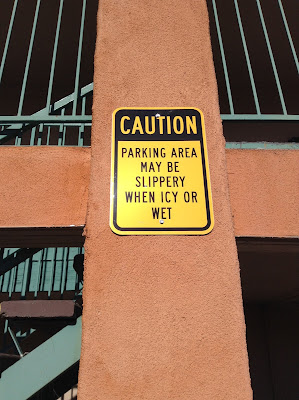 Trump was coming to Phoenix for a campaign rally, even though the election was last year. And protests were brewing. Luckily, we had planned to go on vacation. A good time to get out and wander, where the buffalo roam and the bubonic plague had been skulking around. That night I dreamed of pushing a convertible out of town, in the dark.

Somehow, Phoenix managed not to go up in flames that night, even though the police broke out the tear gas. We drove away from the bullshit fallout. 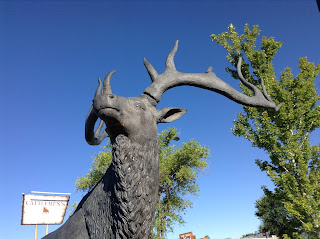 Soon we were in the mountains, where little green men carved from logs with chainsaws were for sale. As were statues of elk, but no live ones to be seen. A lot of businesses had “bison” as part of their names, but none of the creatures themselves. Clouds hovered like parked starships. An occasional raindrop hit the windshield. Twisted ribbons of lighting crossed the sky. 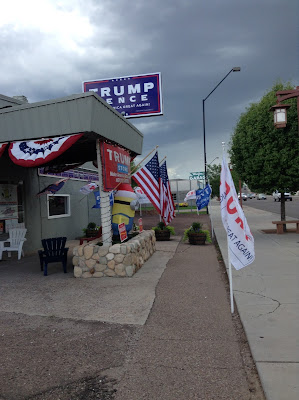 Soon we were in Show Low, Arizona, SINCE 1870, according to the sign, checking in to a motel on a street called Deuce of Clubs. The Trump/Pence campaign headquarters was a few doors down. A sign announced RESERVED PARKING FOR DEPLORABLES ONLY, and a LIBERAL FREE ZONE T-shirt was on display. 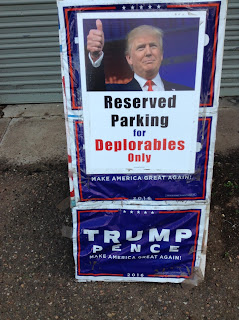 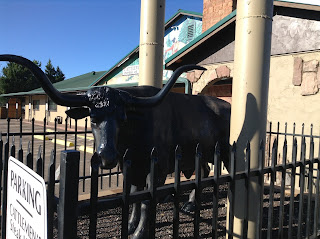 Soon a hard rain was a-falling.

And the motel cable had a lot of Spanish stations. 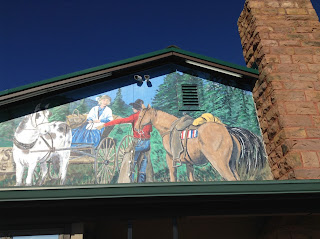 Show Low has a lot of cowboy-themed murals, statues, and things like a geodesic dome that housed a bail bonds office and a Christian ministry. 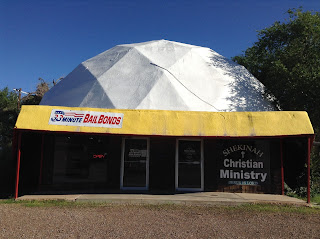 And a nice bookstore. 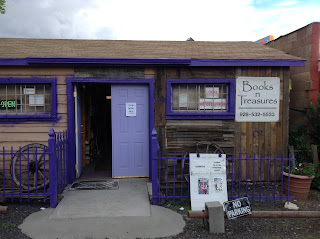 Soon we were heading eastward, down Highway 60, past green hills with black, volcanic gashes, like entrances to the underworld. Underworlds are a big part of native mythologies. We were where entering places where realities and mythologies merge. 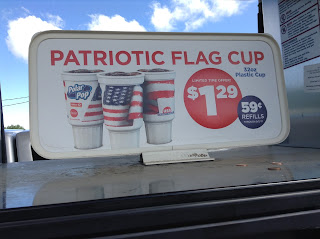 In New Mexico, we stopped in Pie Town, at the Pie Town Cafe. I had the New Mexico apple pie with green chile and piñons. Ah, sweet America! 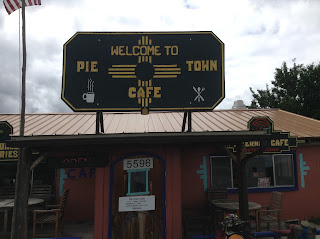 Our next stop was the Very Large Array. It has a wonderful visitor center, and it's great to see all the radio telescopes, exploring parts of the universe that are invisible to the human eye. Even if they never hear any messages from alien civilizations, it enriches us. Because there are more things on heaven and earth than anticipated in your programming. 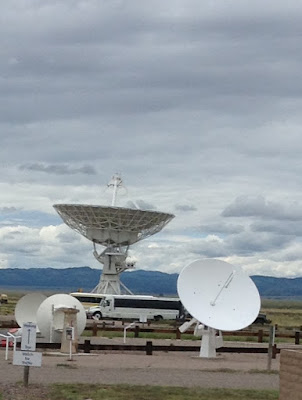 We spent the night in Socorro, a funky old conquistador/mission town (church bells bong out the hours), in a funky old motel. New electronics have been spliced onto architectures of the past. The cattle industry, and vaqueros, still live here. 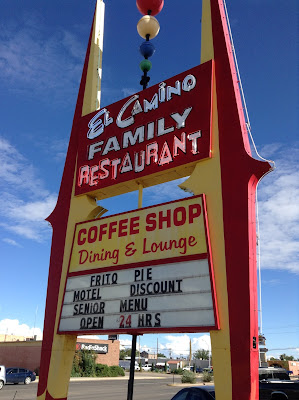 We ate at El Camino, a wonder of wild, midcentury modern design, clustered with native/Wild West kitsch—and security cameras. Country western music plays while tacos are served, and most of the customers are Indians. This is the real America/Wild West/Aztlán.

And the carne adovada is excellent!

I felt at home, far from the contemporary American dystopia. For a while. 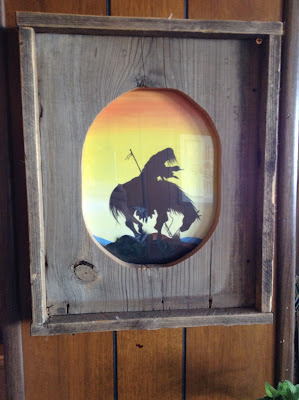