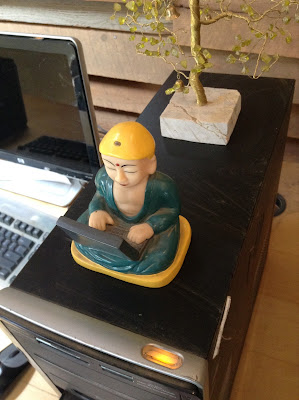 We took a meandering shot up Highway 25, zigzagging across the Rio Grande to the WiFi-less outback.

Did a pit stop in Belén. In English, that's Bethlehem. I wonder what they do at Christmas time. A Mad Max-ish two-seater motor trike was also filling up. A local newspaper announced that archeologists were going to excavate their old mission. 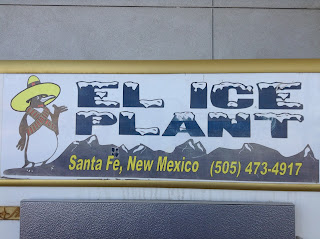 New Mexico is an archeological wonderland. And the homeland of a new futurism.

A truck labeled MAGICO LOGISTICS passed by. Actual, live bison grazed in a fenced field. There were lots of pueblos, solar panels . . . casinos . . .

Huge ravens greeted us in Truchas. 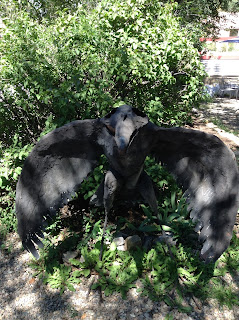 Once we unpacked, Em and I did quick run to Taos. I found all three volumes of Eduardo Galeano's Memory of Fire trilogy. 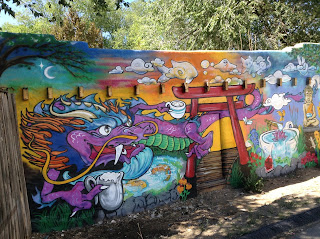 There was a new mural at the Wired? Cafe, and a Zen sand garden. The times—among other things—are a-changing, to quote that Nobel-prize-winning dude. 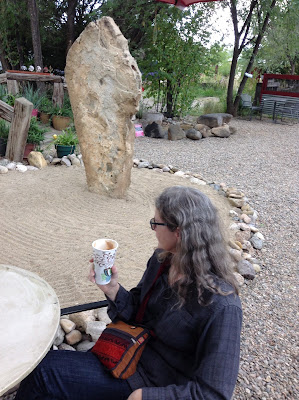 While taking pictures of some motel totem poles, I found a hidden mural of an arrow-shot Billy the Kid. 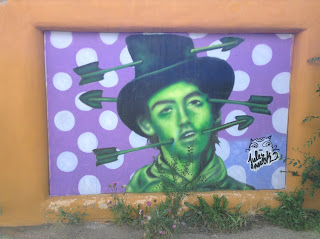 The next morning Hurricane Harvey hit Texas. Trump declared it a disaster. And pardoned Joe Arpiao. And I thought we were out of Trumpizona. 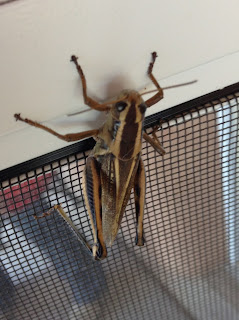 A grasshopper had become the guardian of the farm house's front door. We did a thrift store expedition to Española with it's creaky buildings, treacherous staircases and dangerous parking lots. I snagged more books and a Waco baseball cap with a cowboy riding a giant scorpion, that suits my mood this year. 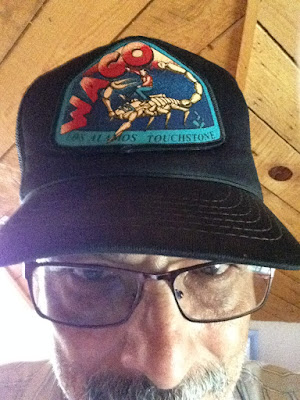 We passed a place where you couldn't tell where the junkyard ended and the parking lot began. Is this a brave new world, or an archeological site? What kind of America did we come from? What are we building to replace it? 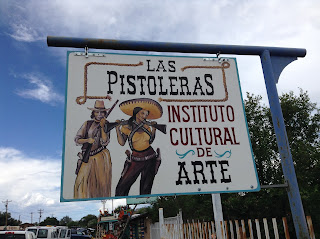 Someone had painted TRUMP in red circle-and-slash “no” symbol, with marking that made it look like the New Mexico sun sign. 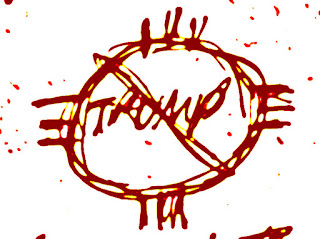 On another wall, in neat, black letters: IMPEACH!

Seems like we were always crossing a county line, or entering another Indian reservation, and stumbling into serendipitous photo ops. 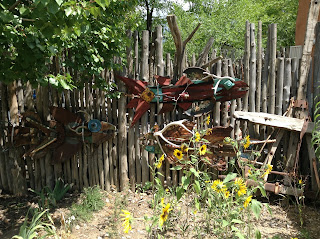 Back in Taos, we cruised Paseo Pueblo de Sur, that I like to think of as Dumb Fucking White People Road. There's a hill where about twenty years ago, our car stalled. I jumped out to push it. A car full of Indian kids whizzed by, and one of them yelled, “Dumb fucking white people!” Some people think I'm white, others think I'm black. Go figure.

We saw vultures on Salazar Road, where the police had pulled over a guy with that aging New Mexico scallywag look about him. 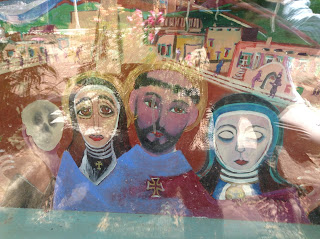 There were lots of white kids with dredlocks, man-buns, and/or mohawks. A traditional counterculture, if you will. I wonder if it will survive under Trump and the apocalyptic TV reports from Texas. Emily reminded me, “The woo-wooism is strong in this one,” a wild storm sent it's tentacles in from the hills, occasionally raining on us. 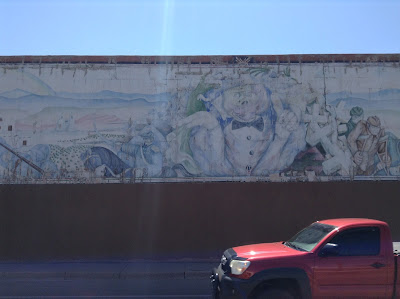 In Santa Fe, a cleancut white boy carried a barbell-like thing that might be a post-modern boom box. 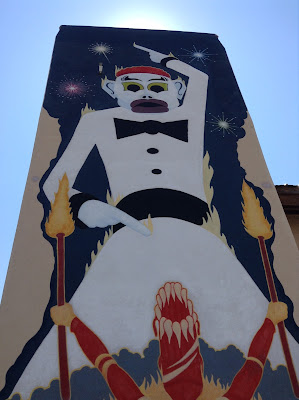 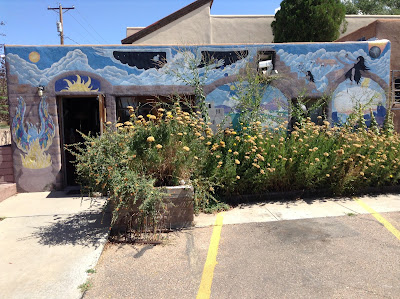 I found out that the Santa Fe Indian School's team was the Braves, and took a lot of pictures of murals along Cerrillos Road. 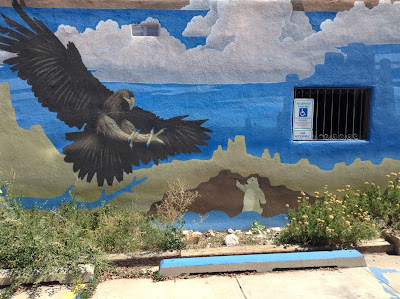 The rain started to pour once we got back to Truchas. The grasshopper had abandoned his post. 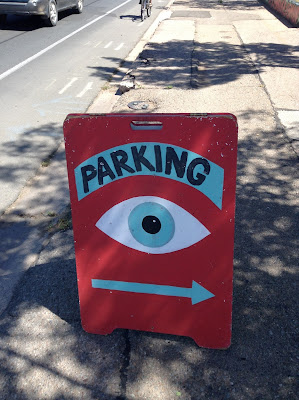