You go on vacation, and things keep happening and piling up, until instead of a series of neat little news items, you a have a wad of interconnecting stories. I better get along with this before something else comes in and demands to be included: 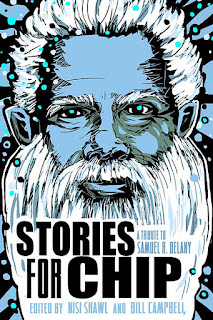 Stories for Chip: A Tribute to Samuel R. Delany edited by Nisi Shawl and Bill Campbell is out, and it's chock full of interesting essays and stories, including my own “Guerrilla Mural of a Siren's Song” that may not have had its freewheeling style if not for Chip's influence. 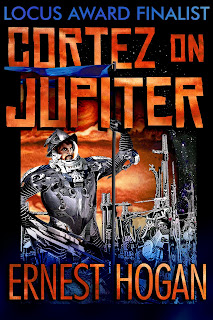 It's also the story that I later exploded – I went around saying I stuck a stick of dynamite up its ass and took notes about how it came splattering down all over the place – into my first published novel, Cortez on Jupiter, that can now be purchased in ebook or trade paperback, produced by Digital Parchment Services.

And yes, their edition of High Aztech is coming soon, stay tuned for details!

TFFX, the ten year anniversary anthology from The Future Fire, is coming. I wrote what I thought was a commercial for it; they called it a short story. “A Low Ride with Victor Theremin.” (I sure wish the Victor Theremin story I'm working on would stop trying to turn into a novel.) I also wrote a piece of flash fiction, “Xiomara's Flying Circus,” that will be in the anthology, and they put it up on their blog. 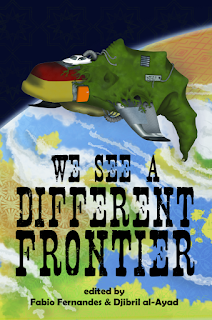 Soon “Pancho Villa's Flying Circus” will be available in another anthology, Lost Trails: Forgotten Tales of the Weird West -Volume 1, edited by Cynthia Ward. After all, I did write the story as a spaghetti western.

Pancho seems have become my Santa Muerte/Juan Malverde-style patron saint, because Pancho Villa's Flying Circus will be the title of a collection of my short fiction that will come out from Digital Parchment Services in the near future.

And now that I'm back in the saddle, I'll keep sending out updates as the news comes in.
at 12:01 AM