A LOW RIDE WITH VICTOR THEREMIN 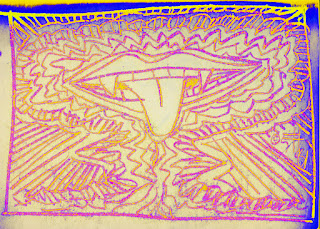 Amplified Tejano accordion riffs sprayed the neighborhood – unusual. I turned off the American-roots-music-with-an-attitude iTunes station and enjoyed. Then there was a frantic knock on the door. I quick saved the story I was working on and walked across the house, got a grip on a handy geological specimen, and squinted through the peephole.

Victor Theremin grinned on the other side. I recognized him by the crooked teeth.

I put down blunt object, opened the door.

He pointed to the source of the Tejano sonic attack. A huge lowrider modified from a Cadillac.

The back doors opened with a motorized whir. There was no driver, just a lot of LED-strewn gadgetry.

Maybe there was something to his gags about being sponsored by AIs.

“Where did you get this, Victor?”

“I borrowed it from Doña Juana Colón – her underground garage in the Mojave is practically a Chicano space program.”

“So what do owe the pleasure of this experience?”

He twisted up his Pancho Villa mustache.

“I need some refocusing, Ernest.” 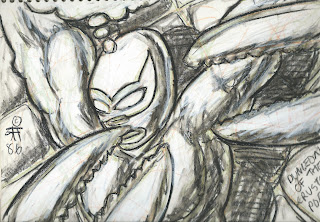 “Damn right. I can't tell where my life ends and the sci-fi begins anymore – which if fun, but it can get exhausting. I need to know, does science fiction even exist anymore? I mean besides, the puppy boys trying to take over the Hugos, Afrofuturism, and all those diverse young women, who will take over the world if we're lucky?”

My mind went blank. I stared at the screen, and young woman who was teasing a bull to charge.

“What's that? You've been getting into texting? Please, Ernest, speak English, Spanglish, or something I can understand.”

“TFF. The Future Fire. It's a science fiction magazine.”

He smiled. “I like science fiction magazines. Used to read 'em from cover to cover.” Then he frowned. “They just ain't what they used to be.”

“This one is different. It's subtitled Social Political & Speculative Cyber-Fiction.”

“Yeah, this is good ol' social science fiction back with a vengeance. The writers are young, from all over the planet, and they have all kinds of . . . issues. They also put out anthologies.”

“How long has this been going on?”

“Ten years. They're doing a ten year anniversary anthology, TFFX. With a Indiegogo campaign and everything.”

He was in the mood to go looking for trouble again.

He dropped me off back at my house. A drone buzzed around. Then the lowrider Cadillac took off into the sky. Soon that sky was full of helicopters, and jets zoomed across the upper atmosphere.

I reminded myself to check to see where my life ends and the science fiction begins. 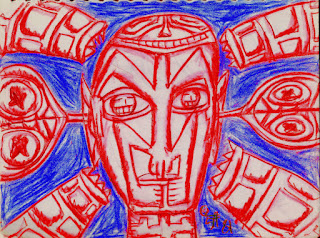