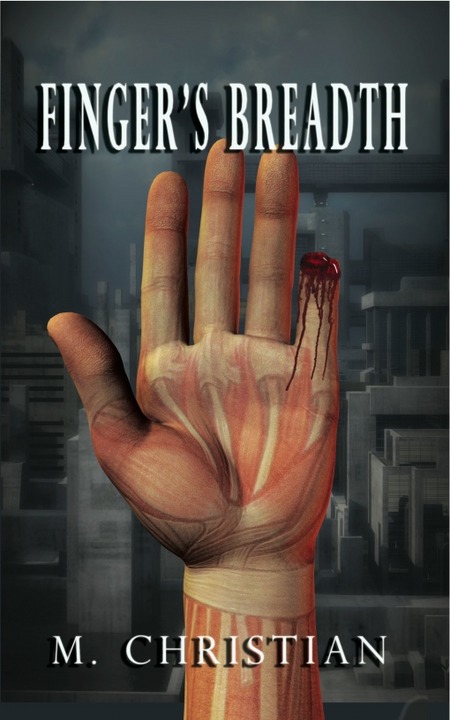 The things a writer has to do to get people to buy a book these days! According to a press release I just received, "In what is clearly an act of pure desperation," M. Christian has threatened to have part of one of his fingers amputated to publicized his novel Finger's Breadth. I guess I shouldn't be surprised with bookstores vanishing from the face of the earth, and with everybody who can type an email message putting out an ebook. I guess it's a wonder that it hasn't happened before.
Yeah, William Burroughs cut off part of one his pinkies, but that was a Van Gogh bid for love, not to hawk any books.
In a sane world (is that even possible?) this sort of thing shouldn't be necessary. Finger's Breadth is a sensational read "about a mysterious figure cutting off the tips of little fingers in a near-future noir San Francisco." It's packed with more thrills than you can shake a detached body part at. It should be selling like hotcakes. Filmmakers should be fighting duels over the rights to make a blockbuster movie of it.
So buy and read Finger's Breadth now, before we see missing fingertips all over the place.
I only hope that this doesn't mean that Christian has made some kind of deal with the yakuza.
at 10:38 AM