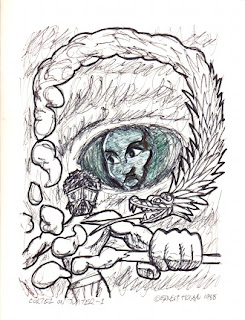 "Guerrilla Mural of a Siren's Song," the first story to feature Pablo Cortez, zero-gravity splatterpainter, that I later expanded into the novel Cortez on Jupiter, has been posted online at More Red Ink, editor Marty Halpern's blog. At least the first of three parts. 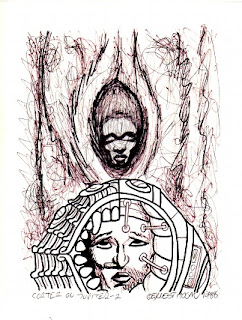 This is in anticipation of it's being reprinted in the Night Shade Books anthology, Alien Contact, in November. I highly recommend that you buy the book as well as reading it online, as insurance against an electromagnetic pulse device being set off in your neighborhood. 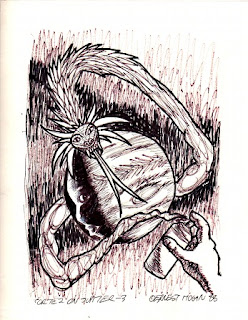 Meanwhile, I'm getting Cortez on Jupiter ready to be released as an ebook. I'll let you know where to order it as soon as I've got it all worked out. 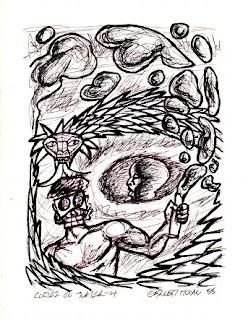 Meanwhile, enjoy these drawings that I did after selling Cortez on Jupiter to Ben Bova, after he asked for suggestions about the cover. Note the presence of the Quetzalcoatl. This was because he said Tor believed that dragons promoted sales, and the Feathered Serpent was close to a dragon. 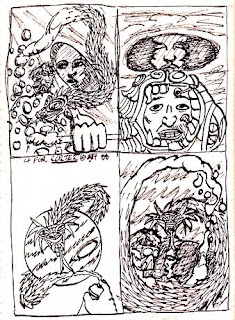