ANOTHER ANTHOLOGY, ANOTHER STORY 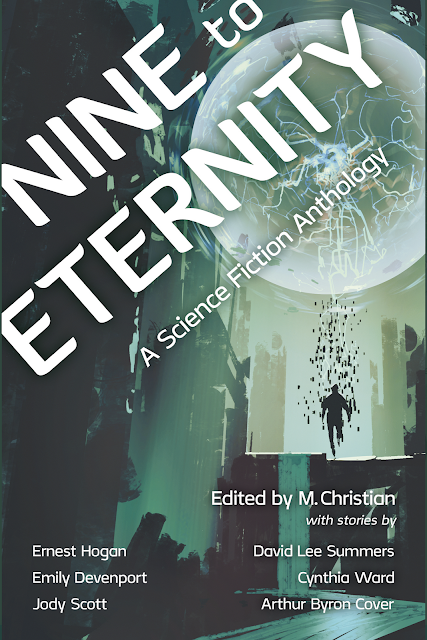 Nine to Eternity, edited by M. Christian, is out in a Kindle version, with a softcover in the works. It’s a great new anthology, and there’s a story by me, “The Great Mars-A-Go-Go Mexican Standoff.” Here's a teaser:

I was all decked out in a fully articulated, interactive monster suit, ready to step in and play the lead in the classic musical comedy Gojira because the has-been soap-heart-throb that Cruzarama had cast in the role had actually – I kid you not – broken his leg in an extracurricular performance with a female passenger.

And a story by my wife, Emily Devenport, “Skin Deep.”

Such a deal! Buy it now!