PORTRAIT OF THE WRITER AS A YOUNG ARTIST 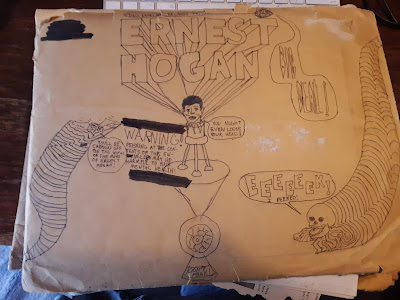 Even before the whole COVID-19/social distancing thing shut down our jobs, Emily was struggling to clean out the garage, and finding interesting stuff that had built up in there since we moved here way back in the year 2001. It was a different world; we were working for a big box bookstore chain called Borders, and terrorists had crashed planes into the World Trade Center, sending the world into turmoil the likes of which had never happened before. 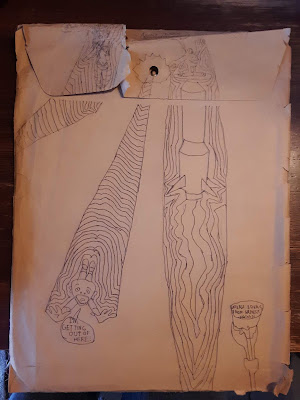 She keeps finding my old artwork, some of which was kept in an envelope that I decorated with adolescent drawings circa 1969. That was another interesting time; the human race was experimenting with space travel, hallucinogenic drugs, and nuclear warfare. The shock waves were tearing apart civilization as we then knew it. 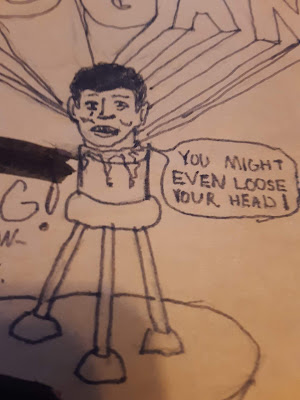 I was transitioning into a high school weirdo/unemployable creative. This is one of my earliest self-portraits. I love how crude these drawings are. I also love how the envelope had gotten dog-eared, and the ink from the felt tip pen has faded, making it look like an archaeological artifact from a forgotten age, suitable for a Museum of Pre-Internet Culture. 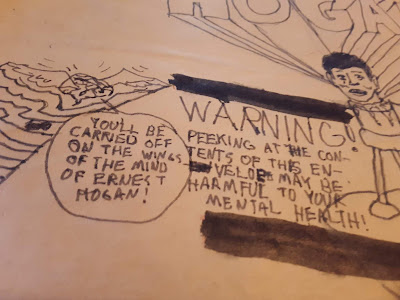 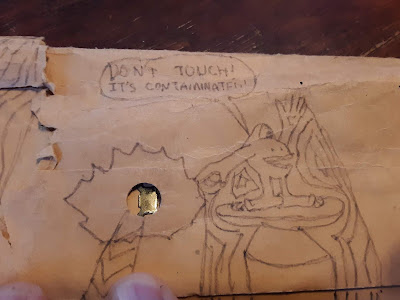 ]
A few years later, when I discovered dada and surrealism, I felt vindicated. 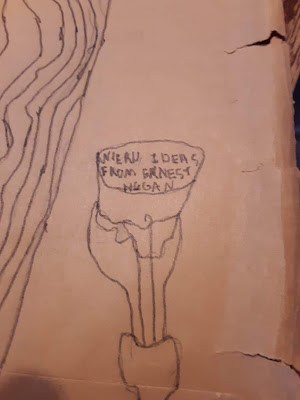 Like Picasso said, “Painting is not made to decorate apartments. It's an offensive and defensive weapon against the enemy.” Some say “Make Art not War,” but Art is War. If you're doing it right. 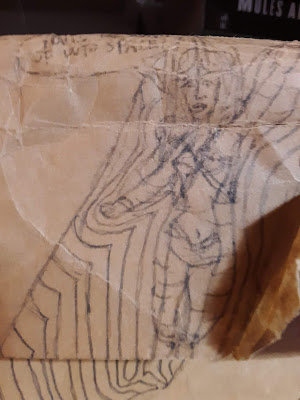 My sexual fantasies have always been mixed-up with sci-fi weirdness. Some is too weird for sci-fi. 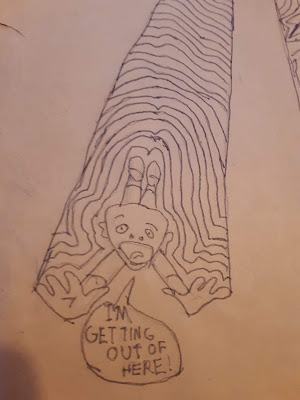 And I must admit, I like it when people are disturbed by my art. 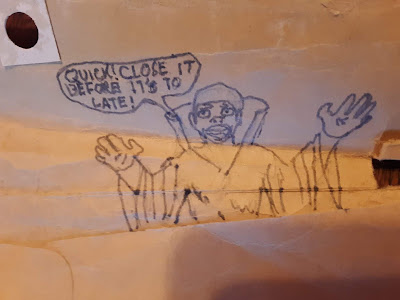 Maybe I'm some kind of pervert. 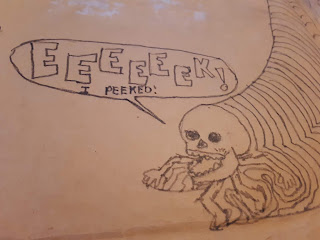