ARIZONA IN THE NEW APOCALYPSE 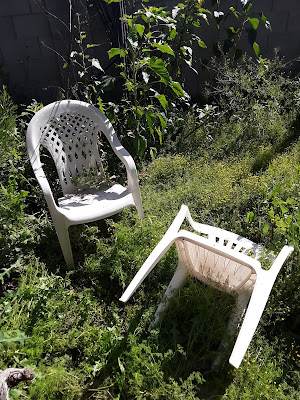 Emily and I had both been home for about a week. The library where I work, and the museum where she works were both closed because of COVID-19. We were desperate to get out. A hike would have been nice. Get away from the Metro Phoenix urban sprawl even though we had been hearing rumors of martial law.

On Twitter, we had read about a guy whose lawyer told him that the next day Arizona was going into total lockdown, with the National Guard coming in to enforce it. He was rushing off to withdraw his money from the bank. Then what? Leave the country? But for where? 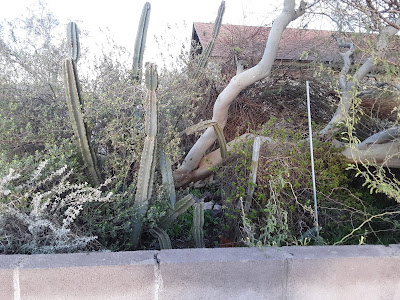 The other day, one of the trees in our front yard was uprooted by a microburst/mini-tornado. The next morning, we were coming home from a coffee/breakfast burrito run to Lola Coffee in downtown Phoenix,and there were guys in green suits and helmets, carrying rifles in our neighborhood. It said SHERIFF on the back of their flack jackets. They were just arresting drug dealers, fugitives, or some other ordinary criminality. 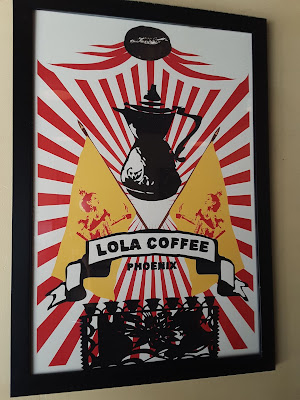 On TV, Andrew Cuomo felt that he had to remind everyone that, “This is not a science fiction movie.”

So, the next morning we went to another one of our favorite restauants, Kiss the Cook, picked up breakfasts burritos (the meal of the current crisis) to go, and headed down the I-17, that didn't look like there was a National Emergency going on, except for all the signs announcing that businesses were closed, possibly reopening sometime in April . . . 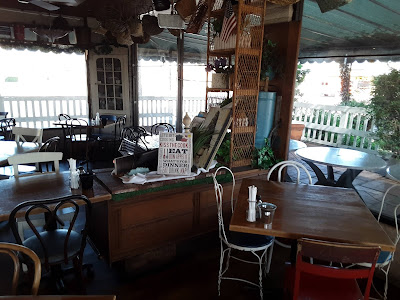 We're trying to keep getting takeout from our favorite places to keep them in business. A lot of them have gone belly-up under the current administration. Goddammit.

Lake Pleasant was too full for us to get out and hike, much less practice proper social distancing. It was a beautiful drive though, lots of yellow and purple wild flowers along the roadside. And the occasional sign telling of another business closure.

In Wickenburg, a gas pump radio reminded us about the coronavirus. 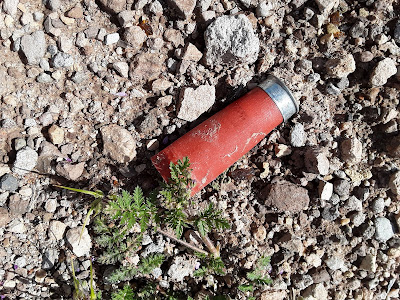 Finally, we got off on a dirt road near Vulture Peak. There as only one other couple there. We could walk down unpaved trails like the last two people on Earth. More like it.

Here natural beauty was mixed with apocalyptic décor. We found abandoned couches and mattresses, and examples of the quaint Arizona custom of taking old computers out into the desert, shooting them to pieces, and leaving the electronic debris to glitter in the sun along with the fragments of shattered liquor bottles. 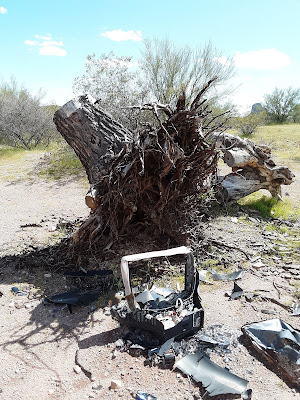 There were also pretty flowers growing on dead vegetation. Death, rebirth . . . in the springtime when we either reproduce or are devoured. Or maybe both, at the same time.
Dare I use the word “apocalyptic” again?

But the Great Arizona Apocalypse has been going on for a long time, and may have a few centuries to go . . . 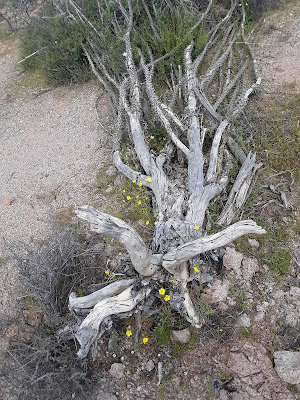 On the way back home, there was water flowing in the Hassayampa. Sometimes the River That Vanishes becomes visible.

Then we passed a place called Big Worm's Smoke Shop. I imagined a huge, fat Mongolian Deathworm-type creature behind the cash register, smoking a hookah loaded with a vile substance with a sickly-sweet smell that bit through the nasal passages into the frontal lobes.

It was that kind of day, in this kind of time. When it's over, it'll be a different world. 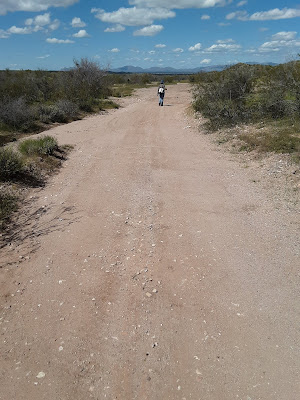