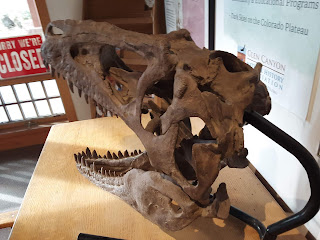 After an all-American breakfast at Rustler’s Restaurant, we took off for Escalante where a dinosaur skull, cowboy and Indian stuff, and even a picture of Trump was on display.

Then we went down Highway 12. Wow! 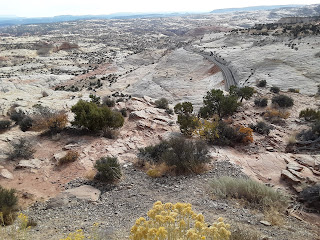 Otherworldly, even for Utah. More Martian than Mars, at least to science fiction imaginations. 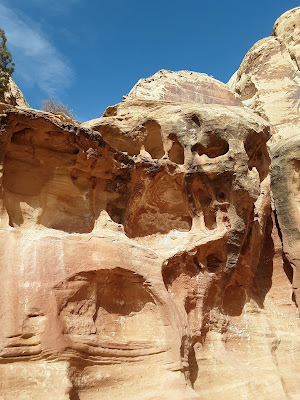 Capitol Reef National Park was incredible. The Grand Wash is a grand hike. Also it was a twisty, but more or less a straight line, so we couldn’t get lost. We were blown away and we had only seen part of this erosion-sculpture wonderland. 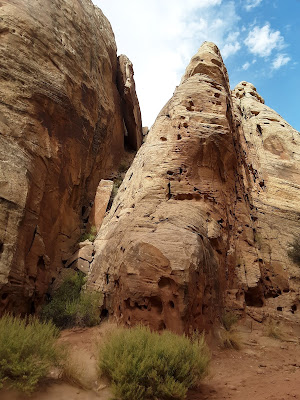 We stood at the Capitol Reef Inn & Cafe again. Their mural had been touched up since we were last there. I took photos. They also added cool jazz to the mix of mostly New Age music they played in the cafe. 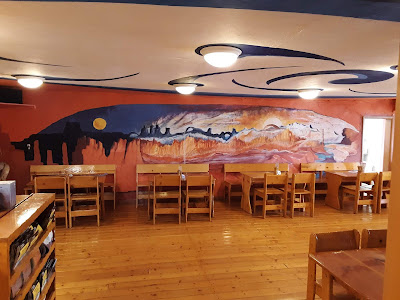 It was more New Age-y, like Sedona, only without the plastic commercialism, not as Mormon as other parts of Utah. “Signs of woo-woo are creeping in there,” Emily commented. 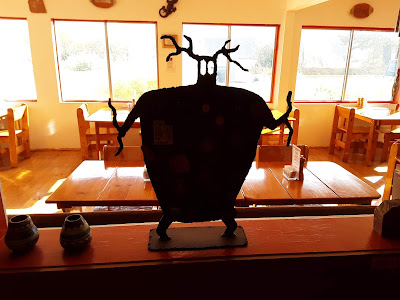 They had an interesting take on huevos rancheros. 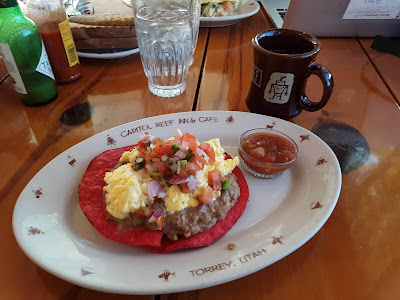 Onto Route 95, we headed toward Natural Bridges National Monument. Cherchez le funk! Greedheads be damned! Look at those fantastic rocks! 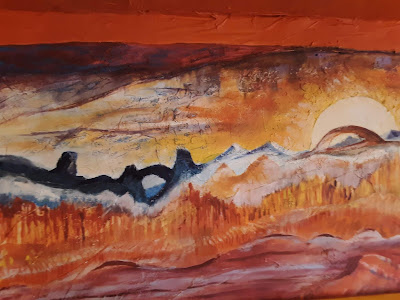 I got an idea for a song: “Smashed Bugs on the Windshield” to the tune of “Red Sails in the Sunset.” 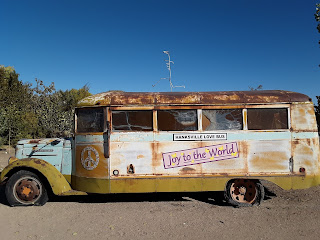 I mentioned Mars, Emily told me that the creation of a magnetic field would be an important factor in humans trying to live here. Earth’s magnetic field makes it livable. Mars may be too small. 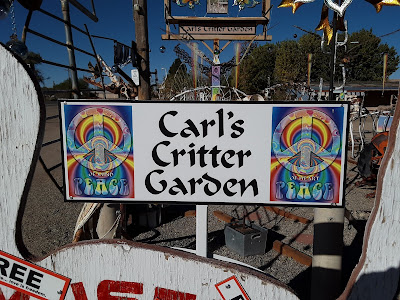 I made note of all for my Paco Cohen, Mariachi of Mars novel. 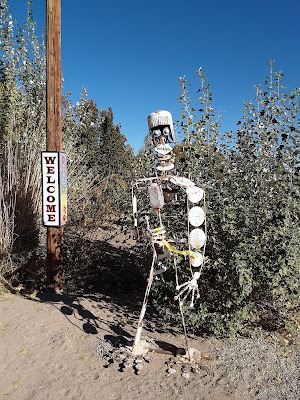 These are the sort of ideas that come up while passing through this landscape. Psychedelic geology. It would probably be a great place to drop acid, though hallucinations would be redundant. I wouldn’t be surprised if eventually we saw ayahuasca or datura (it grows all over) retreats open up. 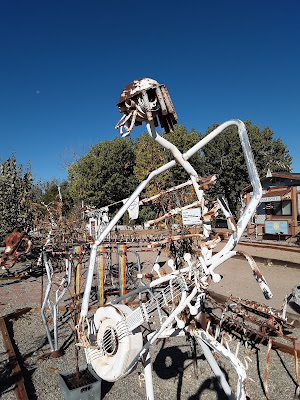 Note for Zyx; Or, Bring Me the Brain of Victor Theremin: Have the founder of the tech company Zapoid hiding out at such a retreat. 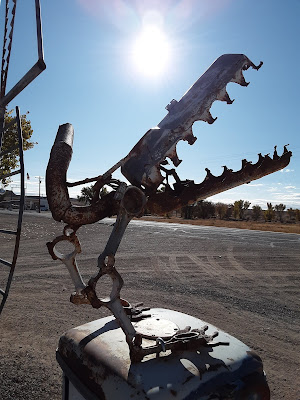 And then, there it was: Hanksville, and Carl’s Critter Garden with its incredible metal art. We stopped and took a lot of pictures, and put money in the donation box. We also met the guys who own the place. Carl the sculptor died over forty years ago, which explains all the Sixties countercultural references. 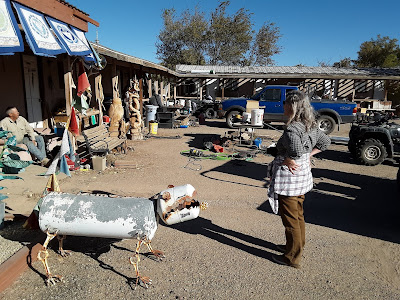 Everything had been touched up recently. Good to know that this old-fashioned roadside attraction has a future. 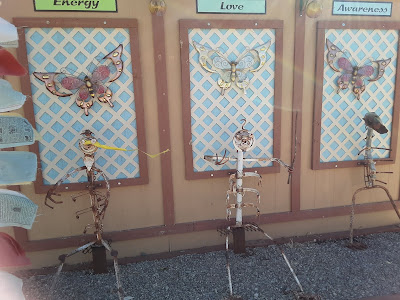 Paco Cohen needs to run into a similar place on Mars. Roadside Attractions of Mars . . . a great title. 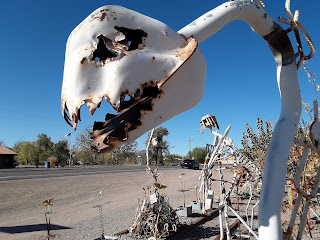 There I go, scifi-izing again. 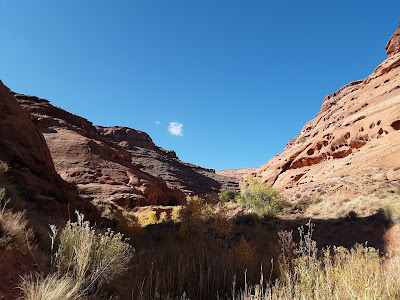 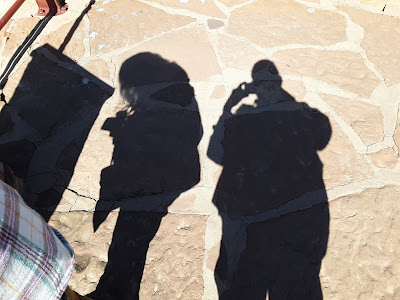 The fantastic is all over the place here, radiating from deep in the Earth. 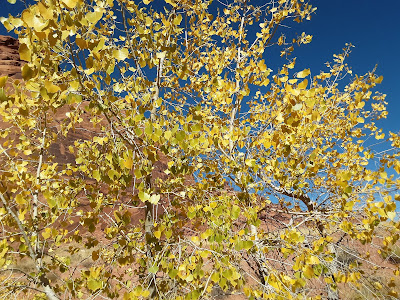