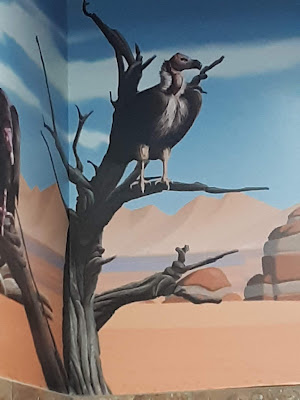 We pit-stopped at the Maverick gas station. FIRST STEP TO ADVENTURE, according to their signs. They also had murals of cartoony versions of the local landscape all over the place, even in the bathrooms. A sign on the cash register warned: VAPING UNREGULATED THC IS DANGEROUS TO YOUR HEALTH. 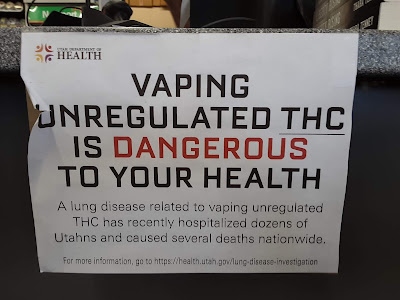 There was no parking at Zion National Park. My Lifetime Senior Pass got us in, but we couldn’t stop. Not only were all the spaces around the park filled, but the spaces in the park were filled, too. People staying in the town outside could take a shuttle bus in if they wanted to hike, but we were stuck on the crowded road, only able to stop briefly at a few overlooks. 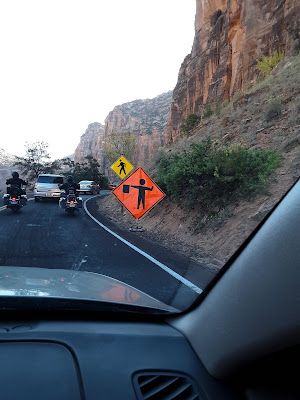 We were stuck in a a traffic jam, behind German motorcyclists, being fed into tunnels, getting slap-happy and eating Lorna Doones amid the natural beauty and road construction. 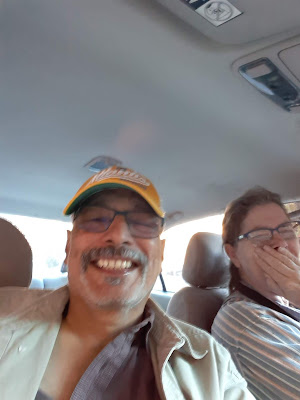 Later we went to Coral Pink Sand Dunes, hiked the Martian landscape with yellow plants, and the delicate footprints of tiny, unseen creatures. You have to remind yourself what planet you’re on. 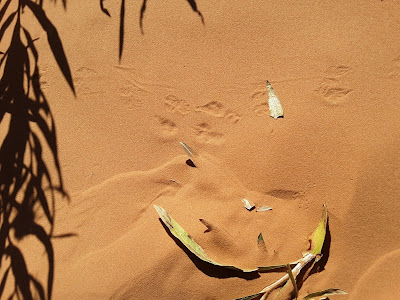 And since we were last there, shiny, new St. George-type dystopian hotels had popped up in and around Kanab. The dastardly neosprawl threatened the funky tributes to the mythic/Hollywood Wild West. 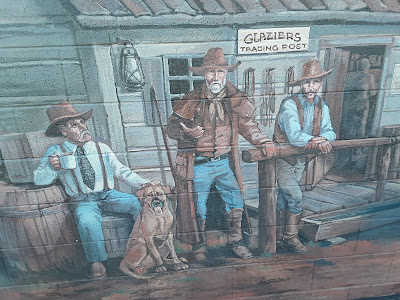 I took more pictures of the murals at the Glaziers Market (part of one I later found out is based on a painting “The Holdup” by Charles M. Russell). And once again, the Lone Ranger watched over us at the Aikens Lodge. 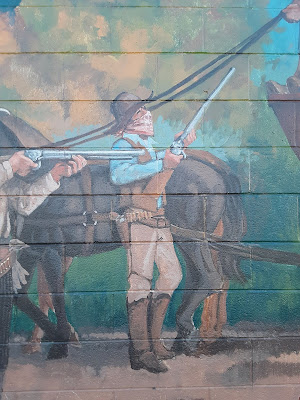 We had Outlaw Burgers at Houston’s Trail’s End, where holsters--with guns--decorated the back wall. Even though a sign warned PLEASED DO NOT TOUCH, an employee told me I could strap one on for a selfie if I wanted. I passed. A Chicano brandishing a six-shooter in a restaurant full of white people, in Utah . . . I didn’t want to risk it. 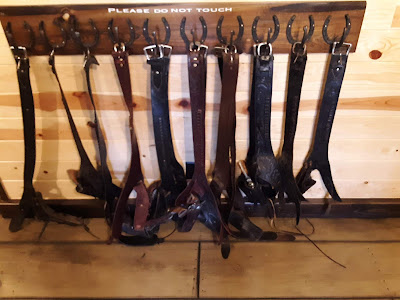 The next morning, we found that all the restaurants in Kanab with “breakfast” on their signs and menus were still closed at 8 a.m. So we drove past the mountains gnawed on by the oil and natural gas industry, while huge ravens patrolled overhead. 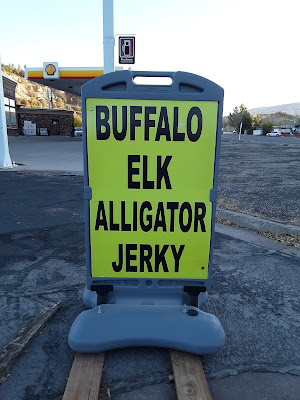 Across the road from a sign announcing buffalo, elk, and alligator jerky, we finally found the Thunderbird Restaurant, “Home of the Ho-Made Pies.” Their Utah-style breakfast burritos were more like wraps, and had lots of potatoes. 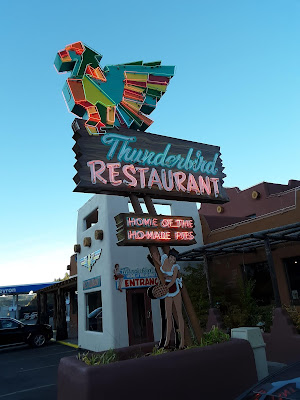 On the way to Bryce Canyon National Park, turkey grazed in the fields, and we passed another Galaxy Diner that had a statue of Betty Boop in front of it. In other fields, bison grazed. 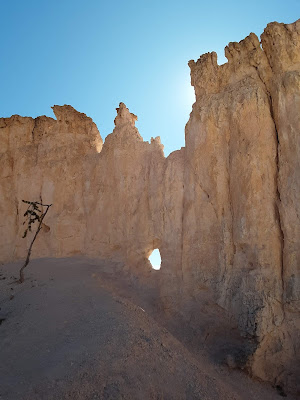 Finally, in Bryce, we were hiking amid the hoodoo fairy castles along a trail aptly named the Fairyland Canyon Trail. We were so dazzled that we got lost. Luckily, we were rescued by a nice couple who had Sixties rock playing on their car’s satellite radio. They had gotten lost the day before. 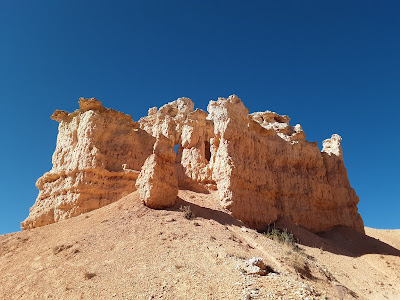 There were PRAIRIE DOG CROSSING SIGNS. I even saw a prairie dog cross. 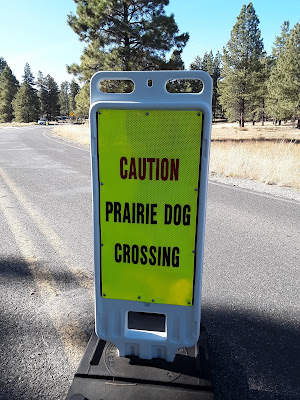 At the end of the day we settled into a charming, pre-fab log cabin at a motel in Torrey, across the street from Rustler’s Restaurant. A young woman with an Eastern European accent brought us steaks. Muy Americano. 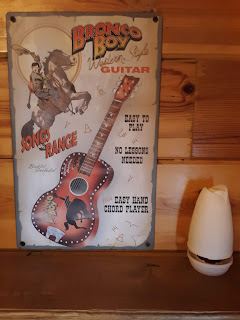