FLASHBACKS TO APOCALYPSES OF MY YOUTH


2017 is coming to an end, and things are looking apocalyptic. Politics is like a surrealistic dystopian fantasy. News reports seem like deranged hallucinations. Some people are actually saying that the world is coming to an end.


Sigh. Kind of reminds me of the days of my youth.

By coincidence (yeah, I know, some folks say that there is no such thing as coincidence) I happened to read two books more or less at the same time (I usually read several books at once, don’t you?) that bring back those thrilling days of yesteryear . . . 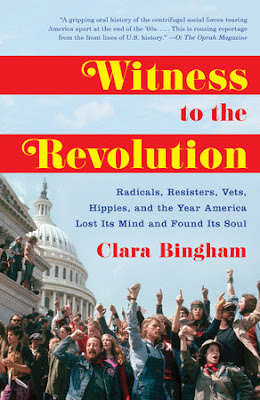 The first is Witness to the Revolution: Radicals, Resisters, Vets, Hippies, and the Year America Lost its Mind and Found its Soul by Clara Bingham, a fascinating multi-viewpoint, multi-dimensional oral history, with occasional quotes and excerpts from the dead. It concentrates on the year between the summers of 1969 and 1970,but there’s some spillover, because history tends to be messy. And this was a messy time. A time I remember well.

The first moon landing had happened, and I had entered high school. The future had arrived. I was looking around, wondering what kind of world I was going to be living in, and expecting change. And, boy oh boy, did it ever happen.

It wasn’t what I was expecting, but the future never goes according to plan, which is probably a good thing.

Witness to the Revolution isn’t a hippie-dippie Fabulous Sixties nostalgia trip. Voices of the Establishment, cops, Feds, even Nixon himself, are heard from. The Weathermen admit they were crazy. The witnesses, who are often major participants, are delightfully frank the way victims of politically correct educations never are.

And checked against my own memories, they ring true. 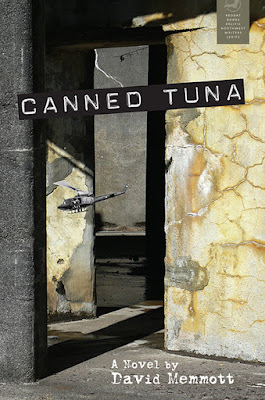 They also provided the perfect state of mind for reading David Memmott’s new novel, Canned Tuna, in which we swing from the lives of two young American men, one in Vietnam and Boise, Idaho in 1969, the other in Oregon in 1963. Do you find that twisting of time sequence disturbing? Well, it’s typical of this novel.

Don’t worry, it also has a sense of humor.

Apocalyptic happenings mesh with fantastic, gritty realities, in the war, working class America, and the counterculture without any sci-fi explanation. One of the best novels about the period I’ve ever read. It does for the Vietnam era what Slaughterhouse Five did for World War Two.

Maybe now and then we all come unstuck in time. Or time gets sticky. Spacetime. Timespace. Whatever.

They are unprocessed history, before it’s stereotyped, made into classroom propaganda, and ultimately forgotten.

Both books take me back to when I was coming of age in a world that seemed to coming to an end. Seemed. I got mad when people--smart people--kept saying that it was all over. It wasn’t what I wanted to hear, being young, and now that I’m old I see that they were wrong. Life, time, goes on. It gets strange, but it doesn’t stop.

These books give perspective on our current troubled times. I recommend them, not just to us old farts, but to the younger generation, too. Things getting weird and crazy aren’t anything new. It’s the future; get used to it, kids.

Like Criswell said at the beginning of Plan 9 From Outer Space: “We are all interested in the future, for that is where you and I are going to spend the rest of our lives.”