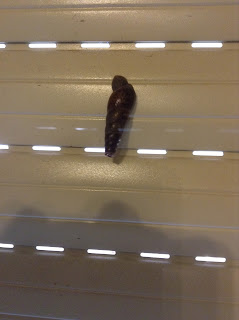 I found a security breach as we were leaving. A snail had gotten inside the shutters of our living room window. 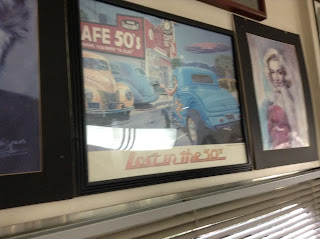 As we headed north, clouds brushed the mountain tops. The rain had created impromptu rivers and waterfalls. I kept expecting to see a yeti hitchhiking to Shangri-La. 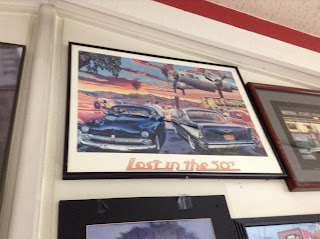 We had breakfast under two Kent Bash prints at the Galaxy Diner. Kent did illustrations and covers for Amazing Stories when Elinor Mavor was editor, back when she bought my first published story. Make way for the Synchronicity Express . . .


We ended up in Flagstaff because we took a wrong turn turn as Em told me of her recent sacred apocalyptic kachina dreams. 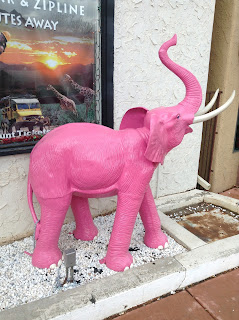 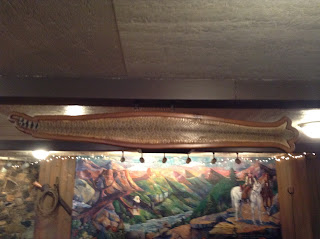 Later we had burgers at the Cowboy Club in Sedona. Was that a real gun that busboy was wearing? Could be. This is Arizona, after all . . . 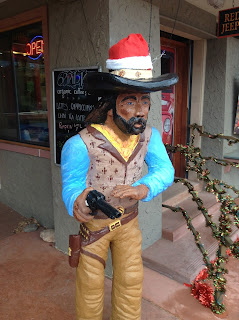 In a shop window down the street, we saw Christmas lights made from shotgun shells. At the motel we caught the news that Trump wanted more nukes. What a brave, new world . . . 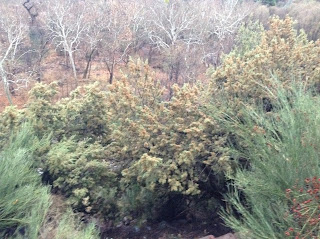 The wi-fi stopped working. A hard rain was a-falling. 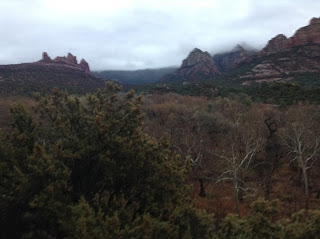 The next morning we watched the sun slowly illuminate the fantastic view out our window. We sipped coffee and snubbed the news. Clouds caressed the red rocks. Colors grew more intense. 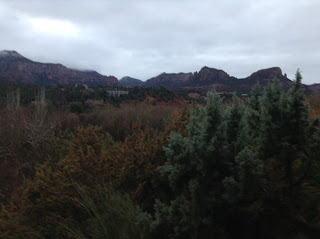 Clouds embraced the hills all over. Sedona had become Shangri-La. We had breakfast at the Coffee Pot, watched over by kachinas. Any yetis must have been in disguise.
Some of the busboys wore post-manbun poofs like the topknots in High Aztech. 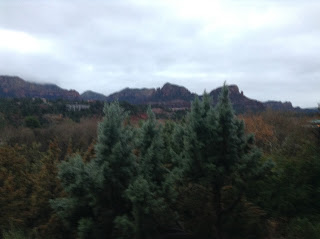 We saw a big, fat rainbow. It ended in the middle of a street. There was no sign of a pot of gold. 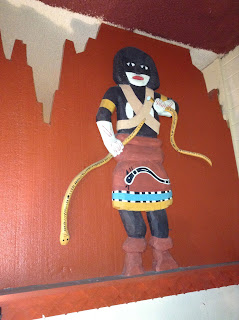 On a twisty mountain road, we saw a white pickup that was flying a full-size American flag. But then, maybe it was something else – instead of red, white, and blue, it was black and white. A political statement? The banner of a new nation? A visitor from an alternate universe? 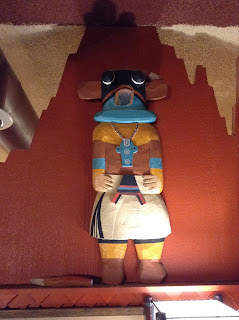 In Jerome there was a hand-painted sign saying GOD HELP US, and building labeled GRUMP TOWER. 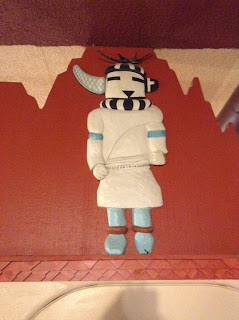 We drove home under low clouds, taking a “scenic route” that was often totally obscured as we drove through the clouds, into a mysterious white void, to the future, and home.
at 12:00 AM