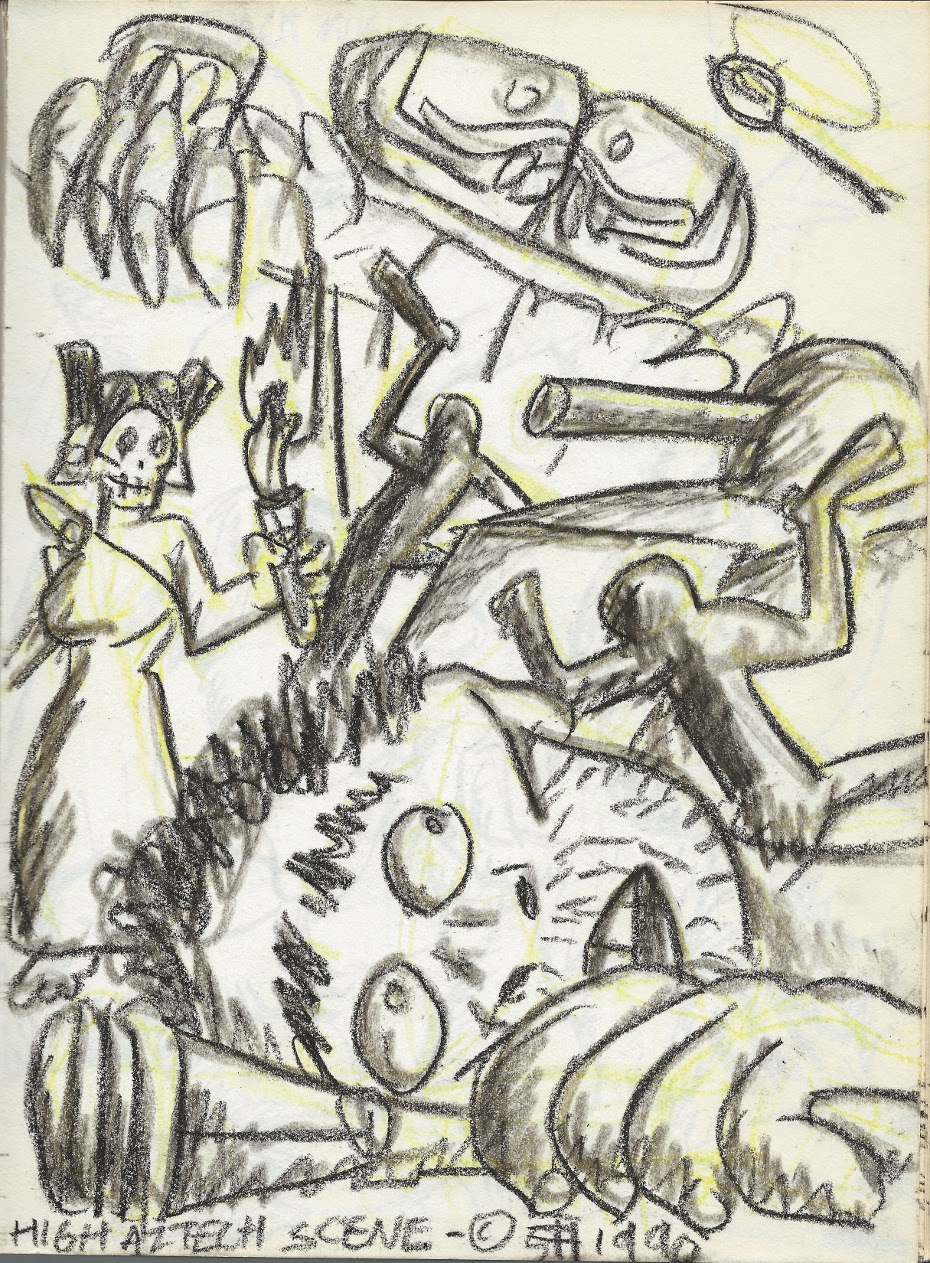 They mock the secessionist petitioners in Texas and other states, celebrate the infestation of even the smallest American heartland towns by African, Asian and Aztec cultures . . .

The above is a quote from Vox Day, one of the puppies who has caused the current shitstorm over the Hugo awards. For those of you who have not seen the wide-ranging media coverage this story is getting, a bunch of guys who don't like the trend in diversity in speculative fiction hijacked the nominations of the Hugos, throwing the future of the awards into doubt. Personally, I haven't paid much attention to the Hugos (or the Nebulas) in decades, but this is starting to hit close to home.

Because, Aztecaphobia is alive and well!

They're afraid of Aztecs coming to their hometowns. The Wild West stereotype of the blood-thirsty, half-breed never died. In Arizona, we still hear people talking about rumors of cannibalism and human sacrifice in the barrio. Schoolchildren speaking Spanish can trigger panic attacks.

Or as a little old lady from Phoenix once said, “We don't want downtown smelling like tacos!”

I've always considered the smell of tacos to be a sign of an advanced civilization. 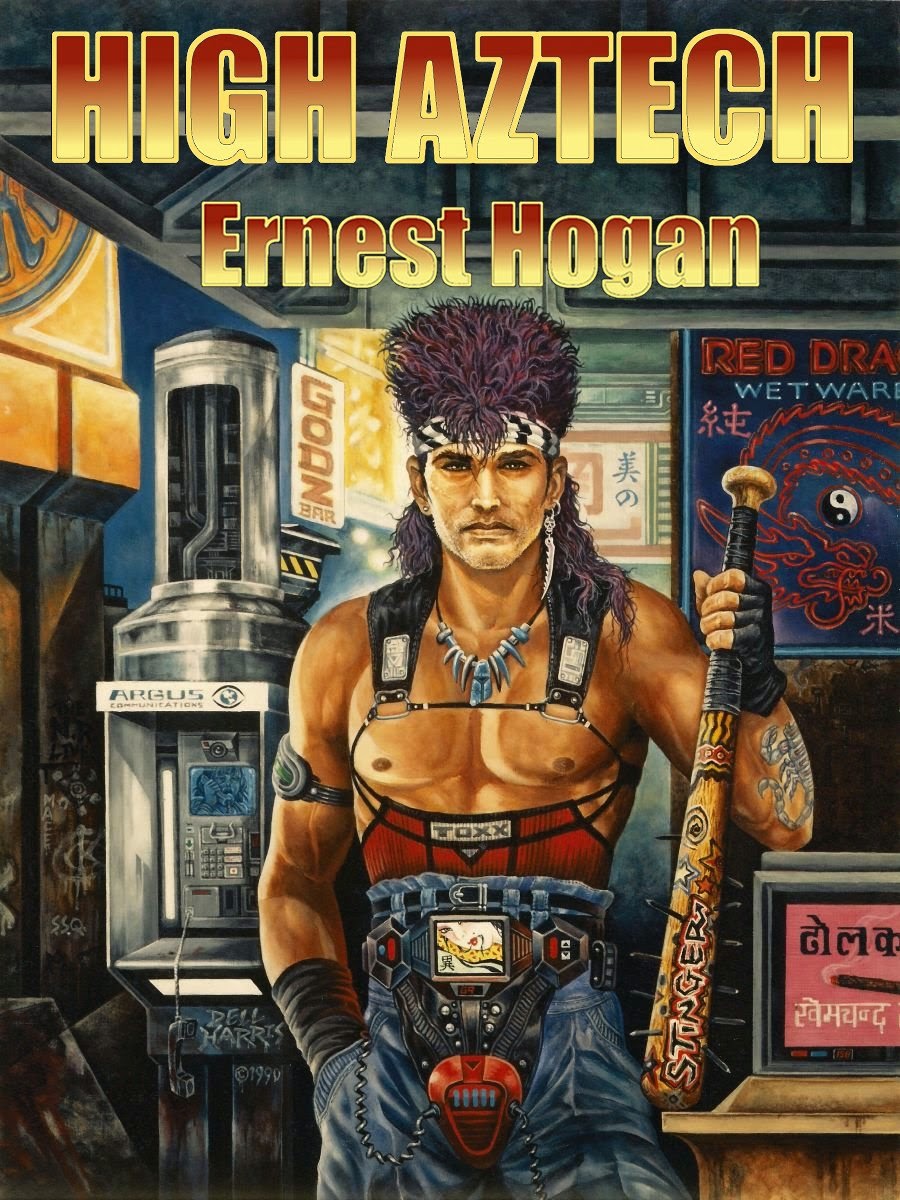 The idea of an Aztec future must be their worst nightmare. I wonder if they've read any of my books or stories?

Dell Harris' cover painting (he called it “Scorpio”) for the self-published High Aztech ebook must put stains in their underwear.

If you want to get that edition, with that cover, you should buy it now, because Digital Parchment Services is working on a new Strange Particle Press edition of High Aztech, that – among other things – will have a new cover, that and incorporated imagery by a famous Communist artist!

Don't listen to the puppies, folks! Dream the dreams you lust after. Create the futures you want, be they African, Asian, Aztec,Texan or Arizonan. We need more visions, not less. Everybody, let your imaginations go wild!

Don't worry if it scares anybody. They may pull dirty tricks and try to shut you down – it's been the story of my life – but it's worth the fight. If they can't face Aztec cultural warriors, they are doomed.

Besides, one persons dystopia is another's utopia. One culture, one civilization, isn't enough. Imagine more. It's what sci-fi is supposed to be all about. 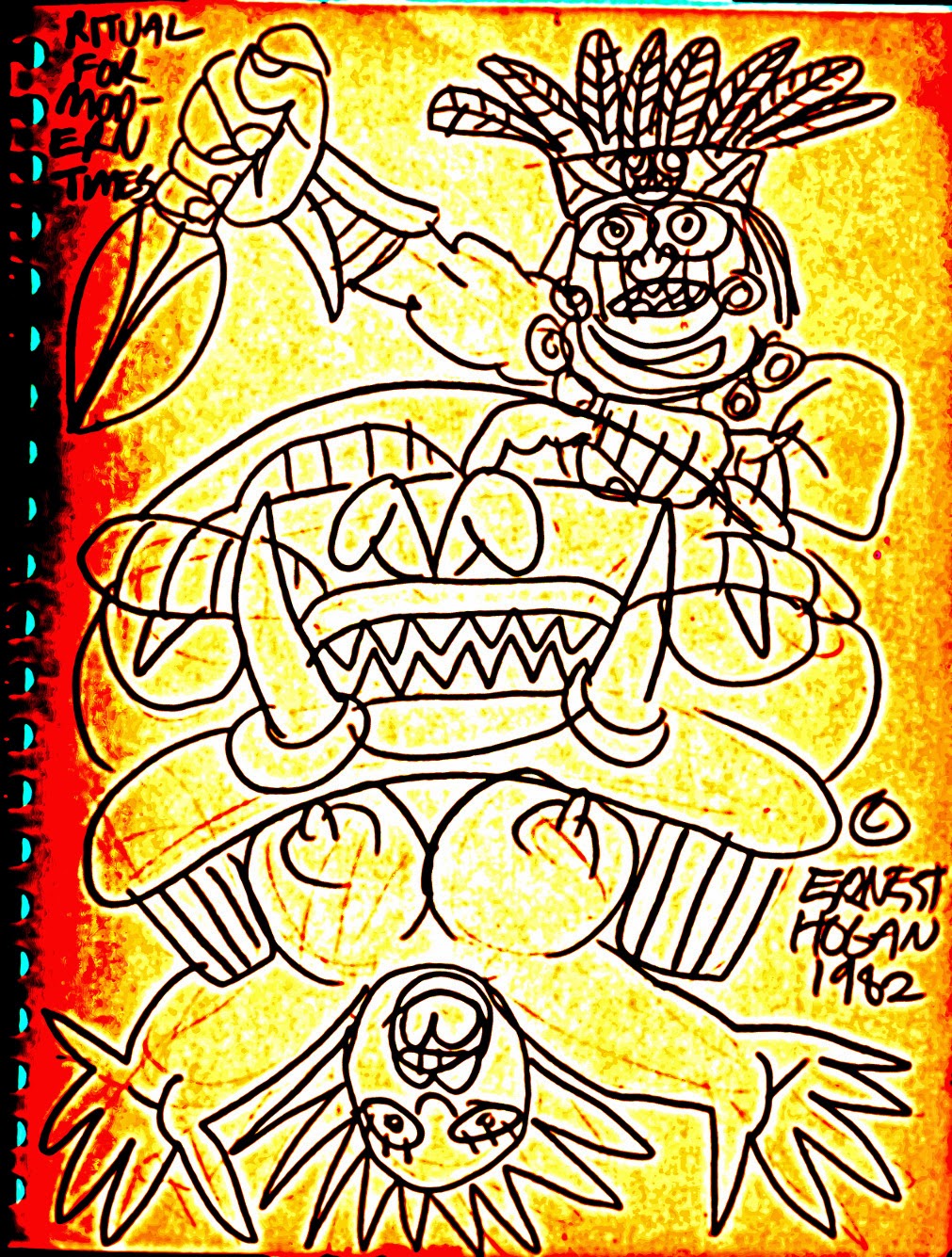