ANOTHER HONEYMOON IN SEDONA 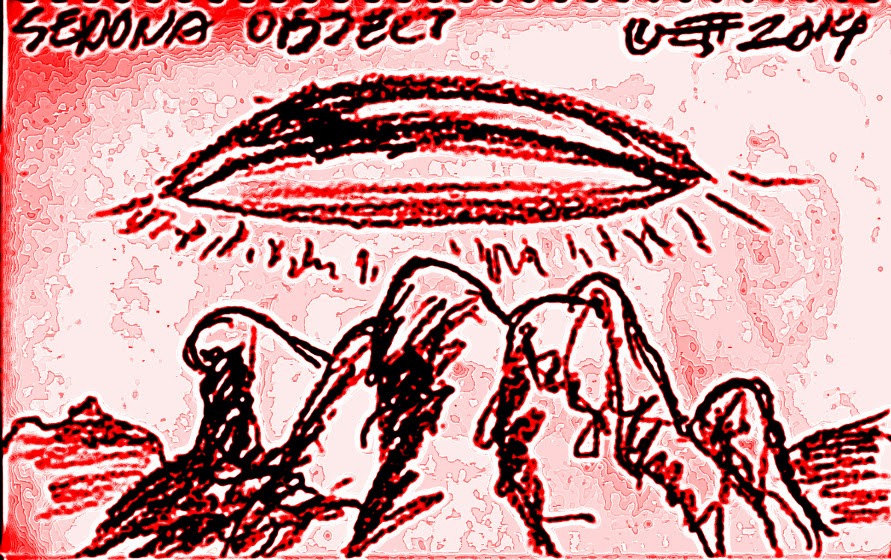 Sedona keeps calling us back. Emily and I were just there a few weeks ago. And we also, for some mysterious reason, honeymoon there. We never really thought about it the first time, or the second time. And this third time, it justs seemed right. 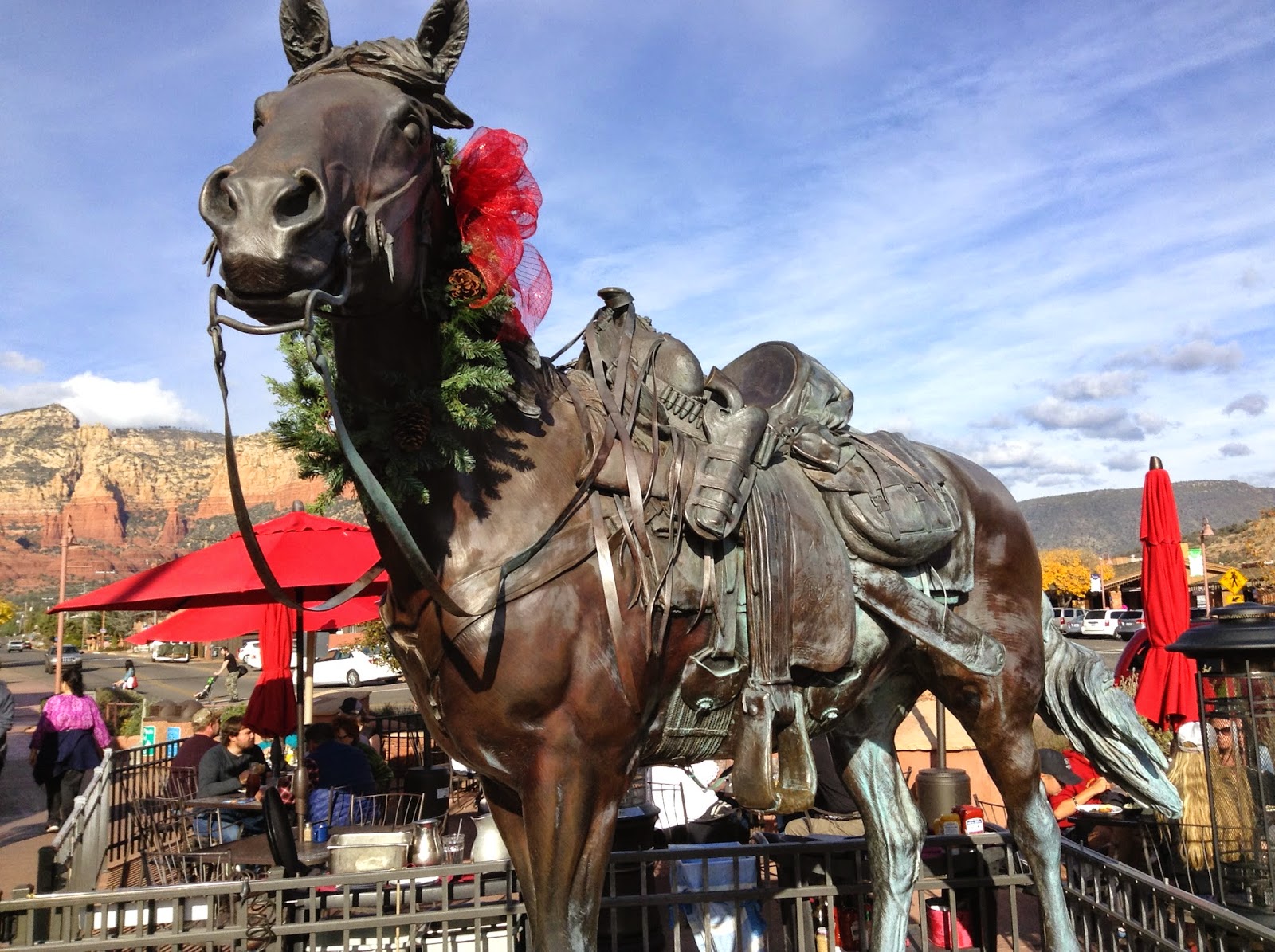 It was dark when we reached Sedona, and it was festooned with Christmas lights. Like before, Google Maps got us lost. We had to ask directions at a fast food joint with a flying saucer out front, and they didn't know anything. Eventually we found the Baby Quail Inn. 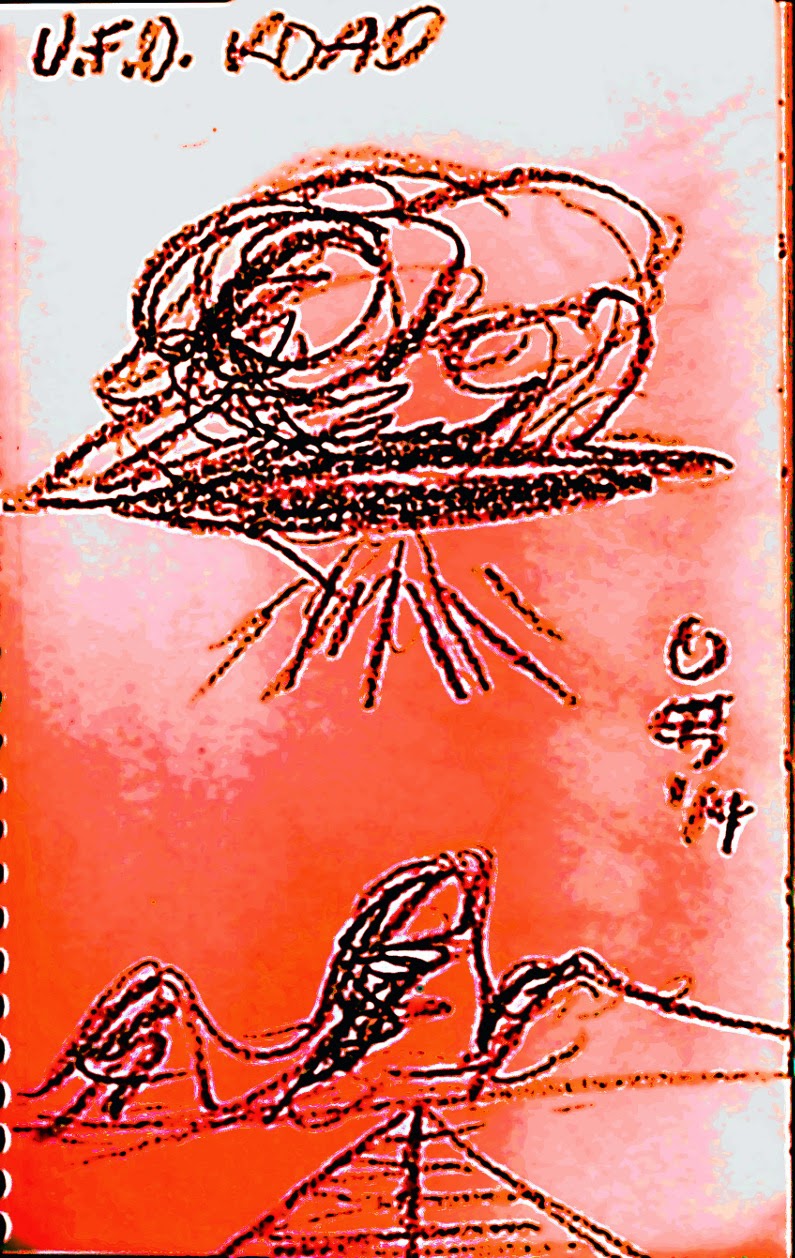 The air was cool and crips, the sky was full of stars. We had burgers at the Cowboy Club. 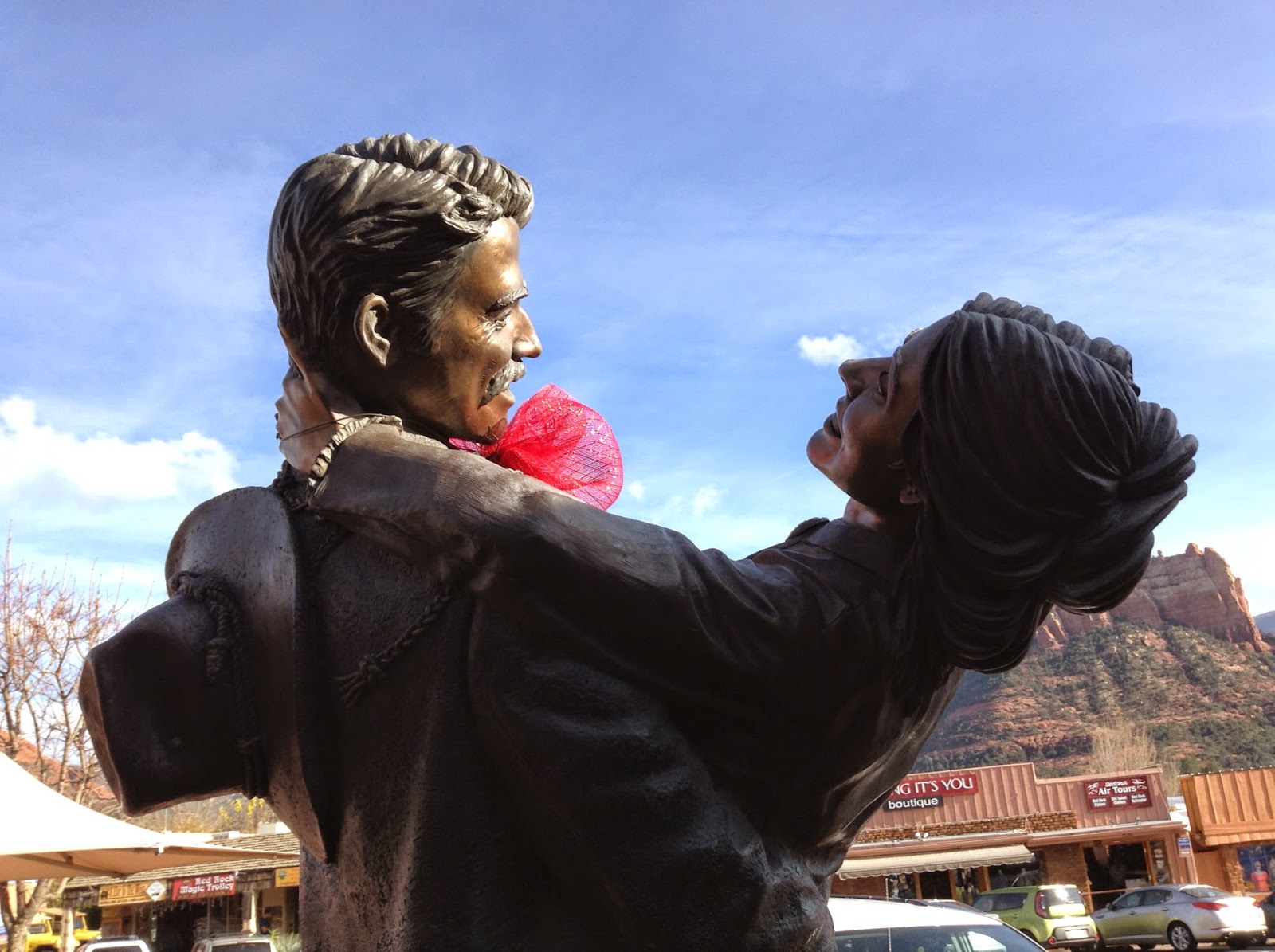 The next morning, the huevos rancheros at the Coffee Pot had my mouth tingling; then it spread to my ears . . . there may have been some psychoactive effects. We ate inside this time, the décor would be great in a post-Apocalyptic Spaghetti western: giant kachinas and wild west landscape murals in glowing colors. 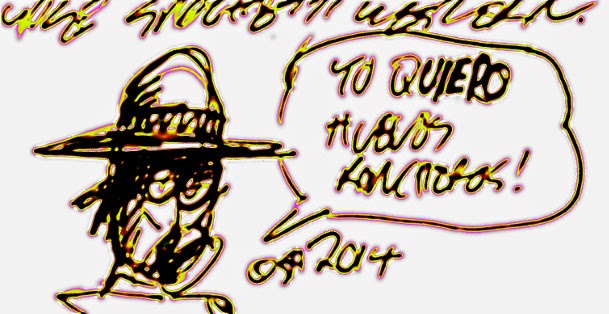 The Baby Quail Inn had Wi-Fi. I got on Facebook, mentioning our being in UFO country and seeing a hummingbird. Rudy Ch. Garcia said, "They don't enter the airspace . . . " That had me thinking about sugar-powered drones that look like hummingbirds. Looks like there's no escaping sci-fi paranoid fantasies these days.

The truly spectacular red rock landscape eclipses the town New Age commercial silliness. Schnebly Hill Road turned out to be too primitive for El Troque, but was an incredible hike. 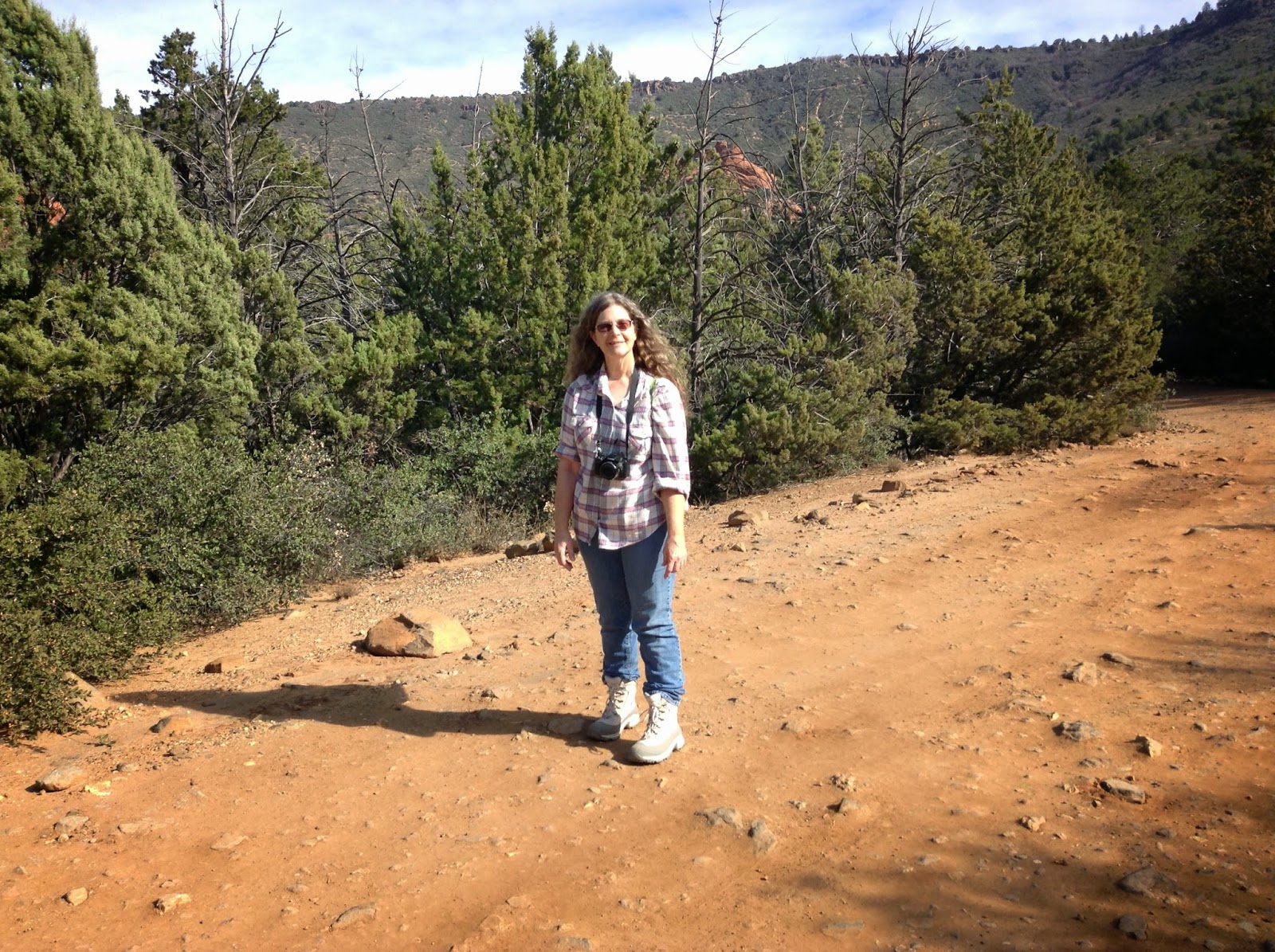 We found the Mystical Bazaar to be a good landmark for finding our way back to the hotel. 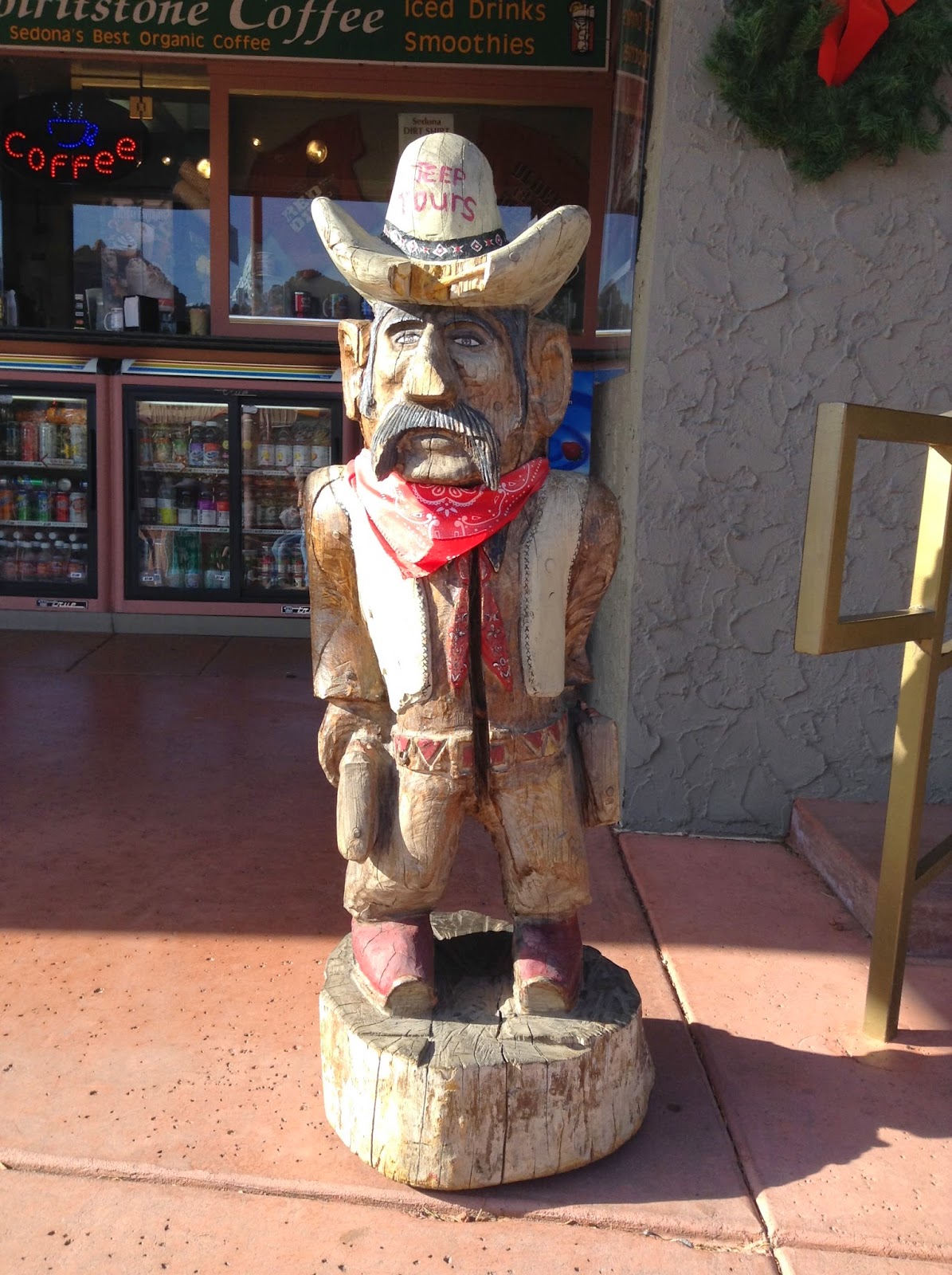 With my new iTouch, I took pictures along the main drag of Sedona. There's a new kind of funkiness, almost sci-fi, Wild West stuff. Maybe it will eventually replace the old Yuppie New Age pretensions. 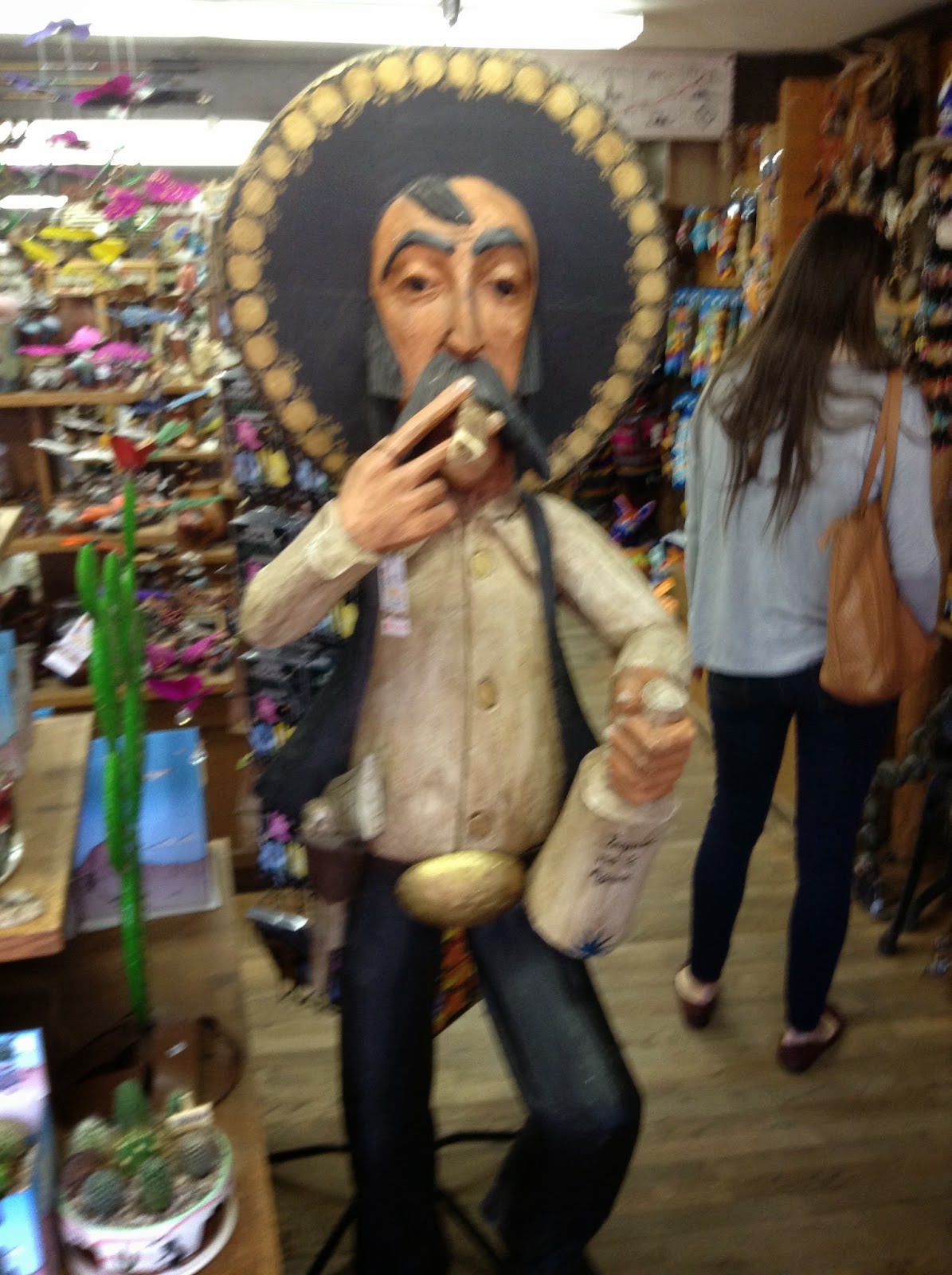 We did a scenic drive in the changing afternoon light. There was a mist over the mountains. And subtle visual magic that you can't really catch with a camera. 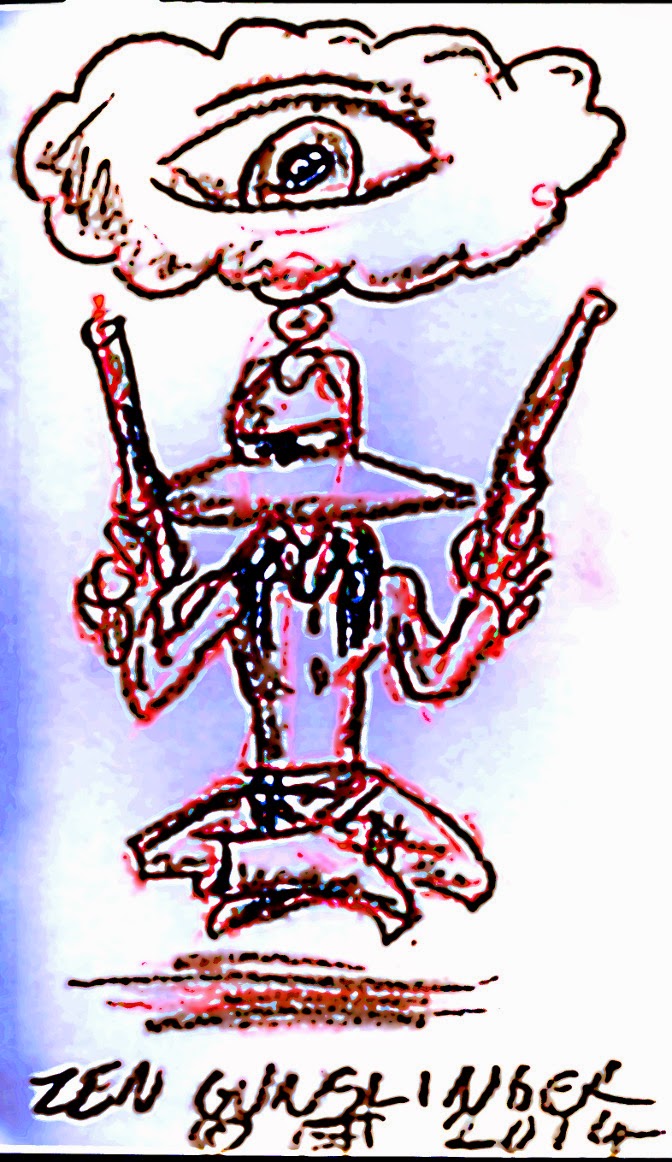 When we had tacos for two at Oaxaca I could hear Lalo Guerrero singing in my head. The restaurant was playing tropical music mixed with tracks of Christmas songs in Spanish. They had a painting of fat people dancing, but it was signed by somebody other than Botero. 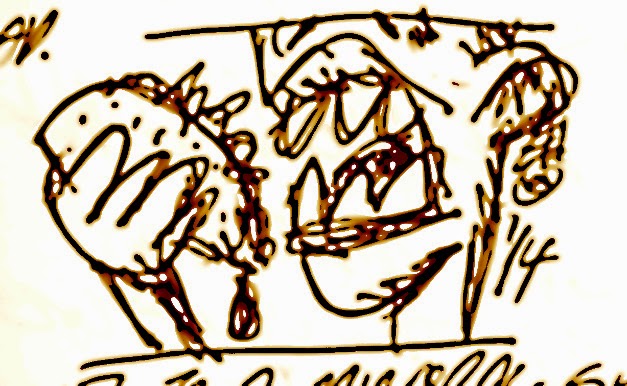 In a mineral shop – they called it a “crystal” shop – they were selling pretty rocks at high prices because of mystical properties: “They absorb negative emotions. Just put them on your stomach, but be sure you wash afterwards . . .” 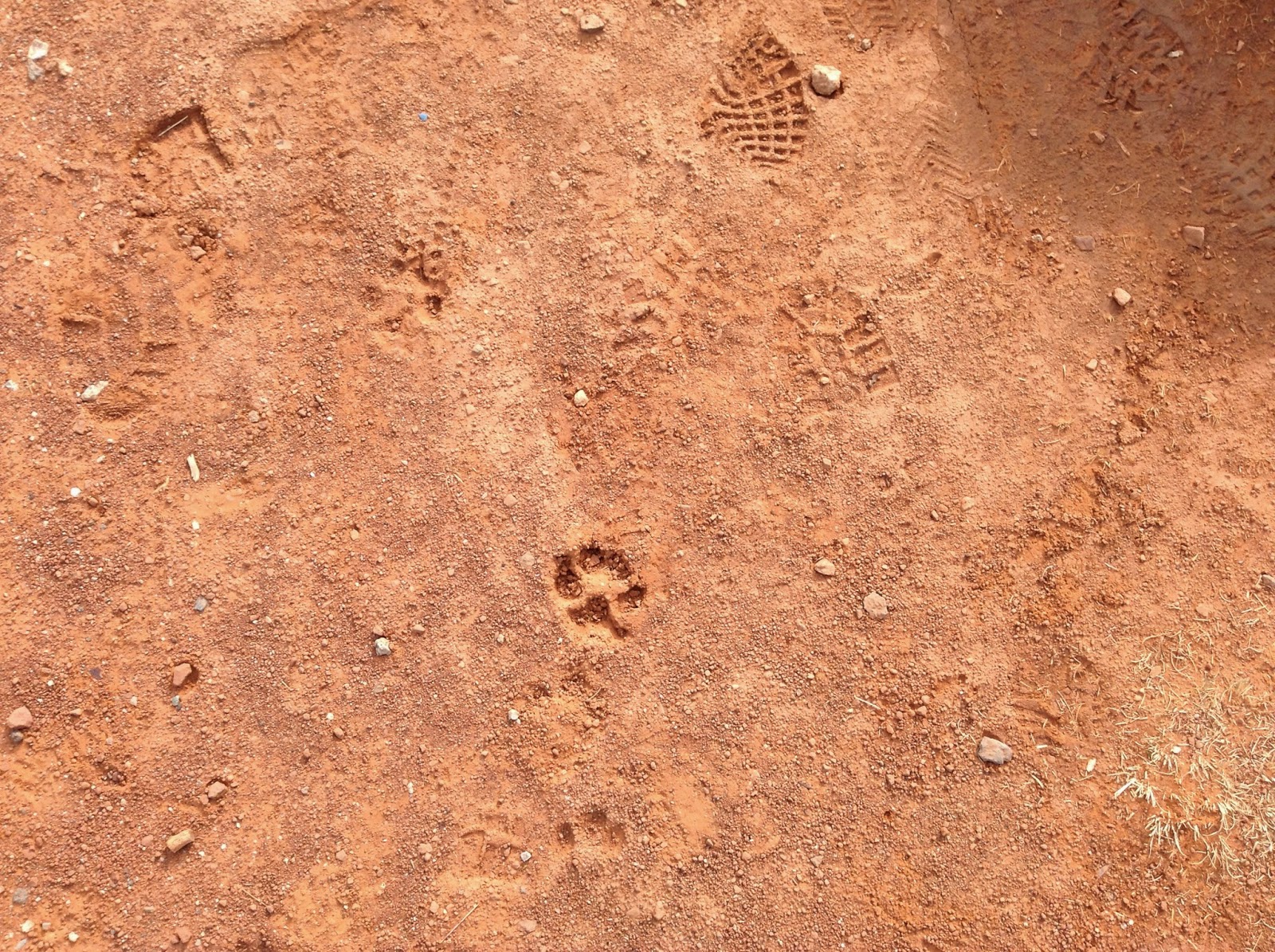 The next morning, while checking out and getting free muffins, we met the actor Dick Curtis, owner of the Baby Quail Inn. He was telling a story about Admiral Byrd and a penguin. 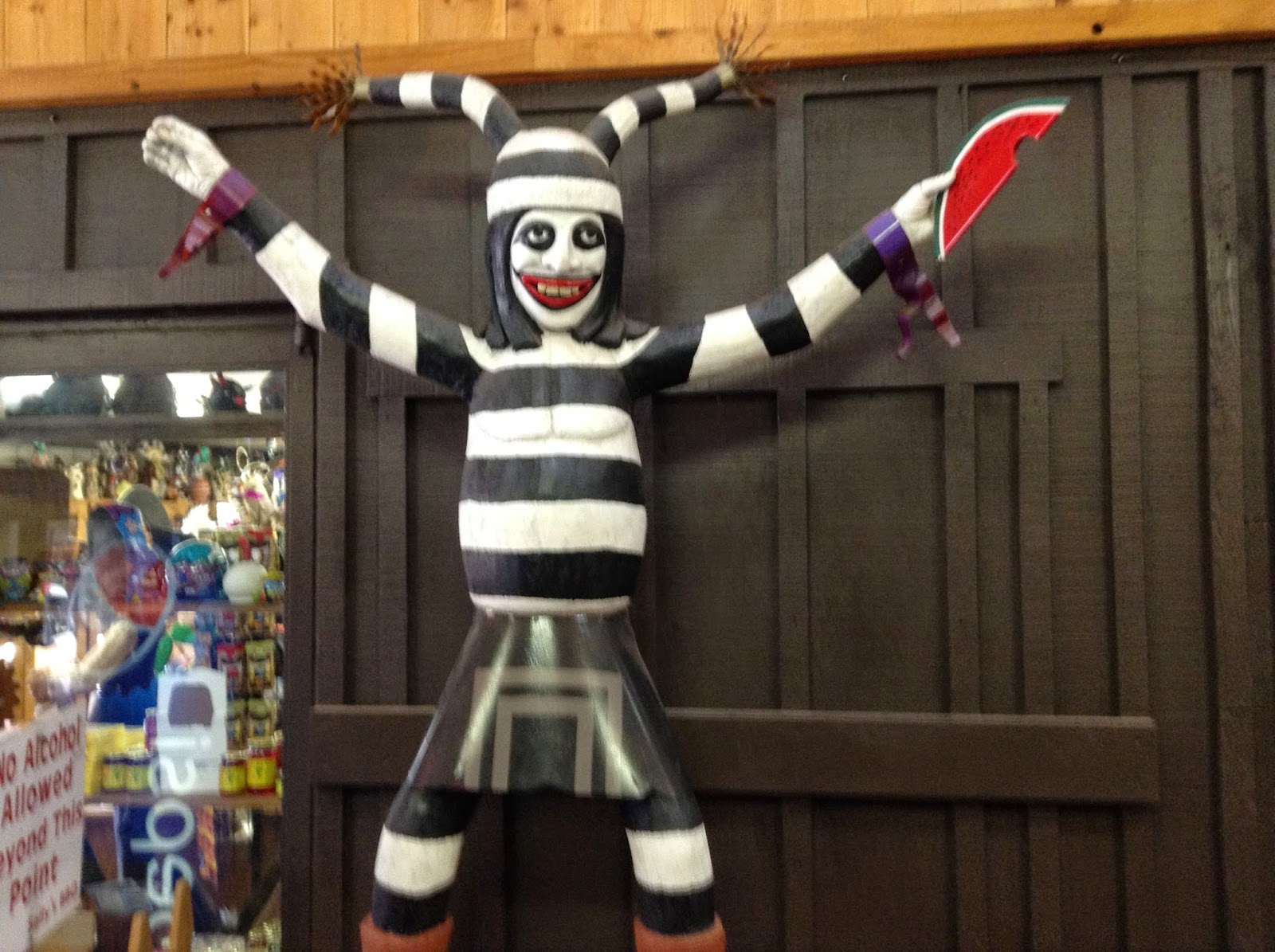 After another breakfast at the Coffee Pot – I had buckwheat pancakes this time, we stopped at Red Rock State Park, and hiked past the sign about rattlesnakes, along the tracks of deer and mountain lions, down a trail lined with poison ivy. 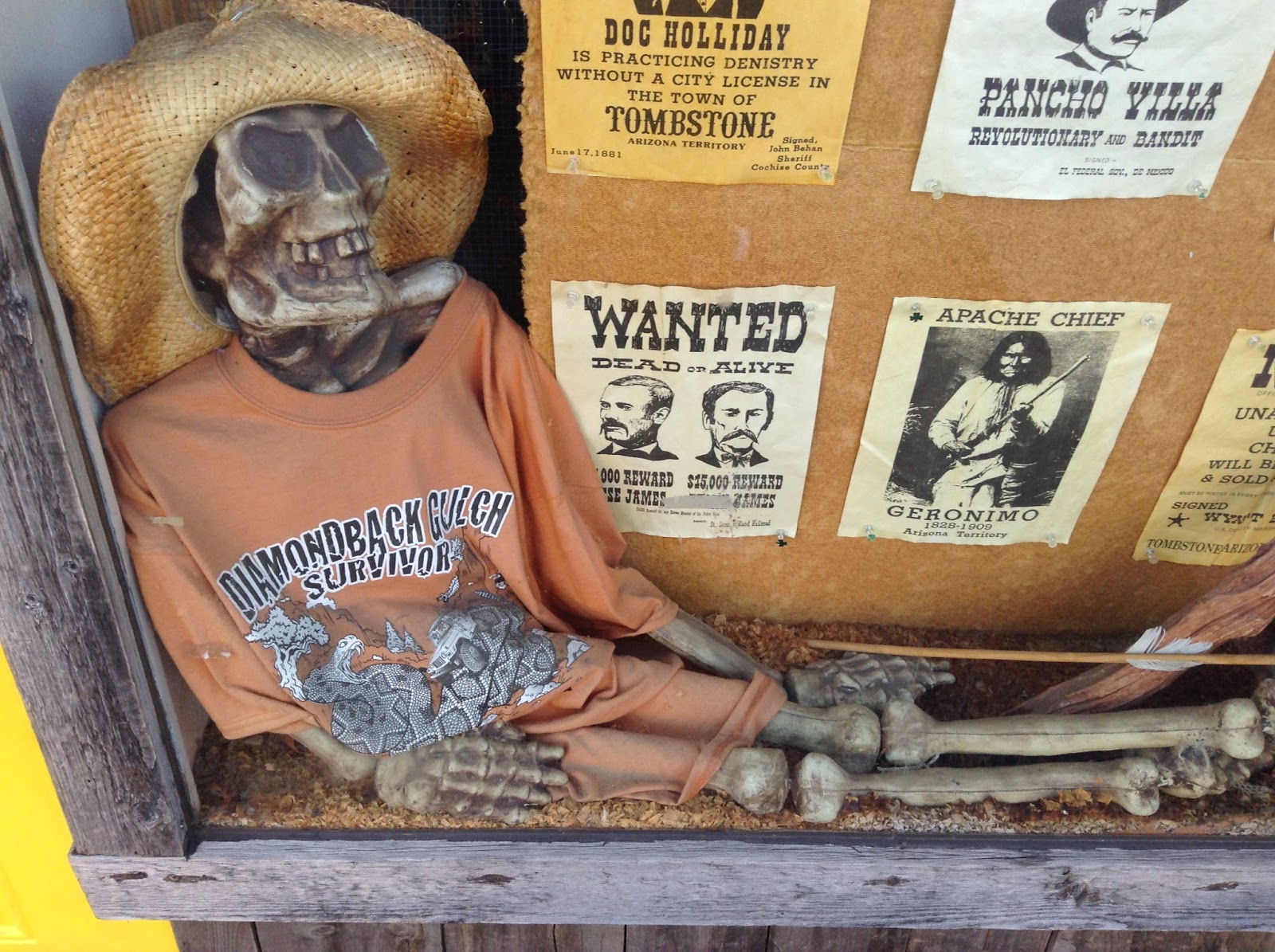 The storm that has just pounded California blew clouds and cold air our way as we headed back home. In Jerome, women were hanging tinsel decorations spelling out “HO.” We stopped in Prescott, and had burgers made from “locally-grown” beef, then we took scenic routes back to Phoenix. 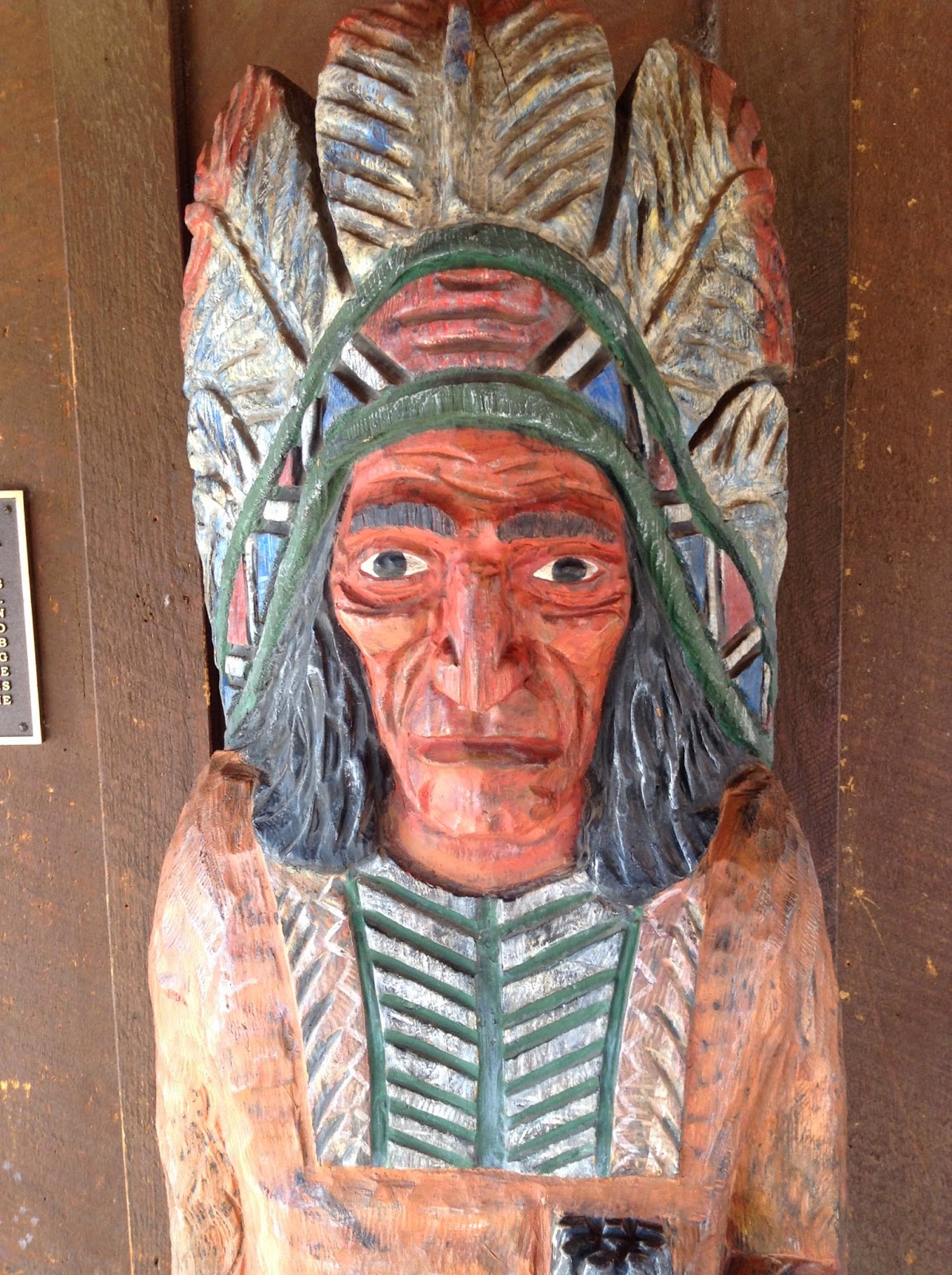 We kept seeing cattle that we may eat someday.