Maybe it was the Spanish strand panels at LoneStarCon 3, or Postcolonial and Afrofuturist anthologies that have come out, or maybe the time has come, and there's just something in the air all over the planet, but suddenly there was a whole lot of chatter about diversity in science fiction on the social media.

It also gives me déjá vu.

I had heard – and even said – a lot of this before, a long time ago in a subculture not far away.

I started writing, and got involved with fandom, back in the Seventies – that's Nineteen-Seventies, back in the Nineteen-Hundreds. We'd just been through all those protests, riots, and stuff of the Sixties. I didn't think that being a Chicano would be an issue in my ambition to become a science fiction writer. We'd been to the Moon, we were beyond primitive things like racism. 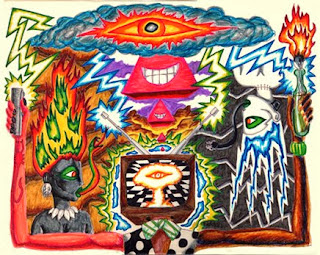 Besides, I was living in a multiracial, multicultural world: Southern California. Browns, blacks and yellow were everywhere. I didn't have to go far to see signs in Spanish, Japanese, Korean . . . and the recombocultural sparks that flew when these cultures rub against each other!

You can read about it in my fiction. My nonfiction, too, now that I think about it.

The popular vision of an All-White Future couldn't possibly last much longer. Earth had never been Planet of the White People. All I had to do was look around at the world I was living in to see it. Surely, science fiction was just about to catch on . . .

But it seems that a lot of folks believed that science fiction was properly by and about Western Civilization and white people. I was frustrated with science fiction magazines that aimed at a white, middle class audience. After, this was a genre for educated people with an interest in science . . .

Editors would tell me that their readers just wouldn't relate to my stories, and “I wouldn't want to meet any of your characters in a dark alley.”

When Elinor Mavor, Ben Bova, and Scott Edelman published me, others would say things like:

“You're brave, writing about blacks and minorities – they get offended you know.”

It wasn't just me who was getting this treatment. On the cover of Steve Barnes' Streetlethal, the hero's face was re-done so, even though his skin was dark, he didn't look “Afro.” 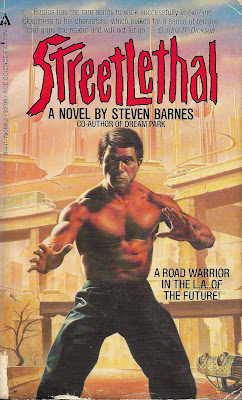 My wife's novel Larissa, was about a black woman. When thebook came out the character looked like this: 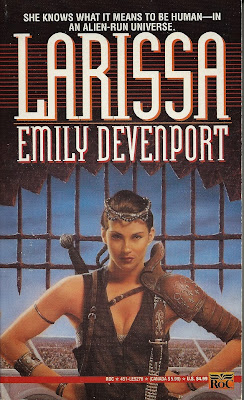 This was all justified as commercialism: “Americans just like books with white people on the covers.”

This was also the time was science fiction was being transformed into Nerd Lit, and back then, nerds were perceived as white.

As for what happened if you wrote something that was too diverse, I've written about what happened with my novel High Aztech elsewhere.

Oddly enough, the tide turned when Will Smith saved Earth from aliens in Independence Day.

And now, the times they are a-changing. With the coming of ebooks and the collapse of traditional publishing, the market is no longer centered on the caucasian-dominated, Anglophone corner of the planet. We aren't there yet, but we are entering the age of postcolonial global marketing. Goodbye, Planet of the White People. The All-White Future is obsolete.

Traditional publishing outlets will either adapt, or die in the new configuration, and it's about time.

Still, it gives me déjà vu.

Guess that's what I get for being so futuristic. 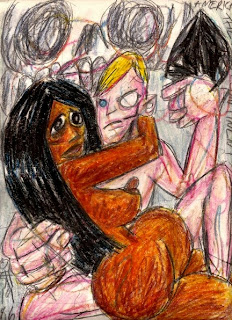