THE SECRET ORIGIN OF STEELSNAKE 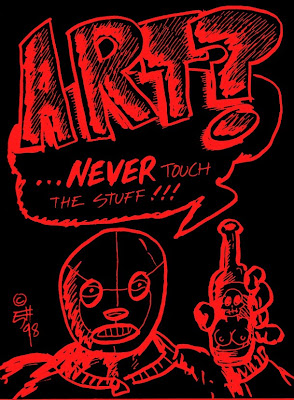 My story Novaheads, is in Claude Laumière's new anthology Super Stories of Heroes and Villains. It's about a masked Mexican – well, Chicano, if want to be precise – wrestler named Steelsnake.

Why would I write about such a character? Believe it or not, my motivation was money. All I had to do was to create a superhero in a deranged postcyberpunk world spiced with Chicanismo, sell the comic book, television, and movie rights, quit the day job . . .

Unfortunately, as often happens with me, I was ahead of my time. This was the Ninteen-Nineties. The speculative/fantasy genre wasn't going all gaga over diversity. I gathered the usual pile of rejections slips. Seems my characters weren't right for “the audience.”

One editor even said, “This kind of noir is going out of style.” 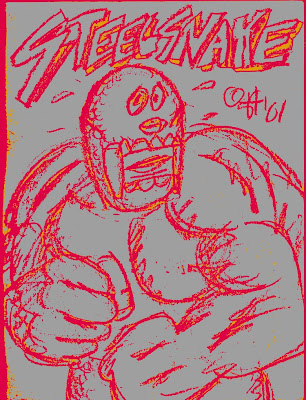 I kept trying, though. Finally, Claude Lalumière bought it for his now-defunct LostPages.net. Yes, kids, actual money was involved.

Recently, Novaheads was accepted by Álvaro Rodríguez, who wrote the movie Machete, for an anthology to be titled Border Noir. I signed a contract and everything. Unfortunately, the book was canceled due to mysterious circumstances.

Suddenly, none other than Claude Lalumière swooped down to save the day, and bought it for
Super Stories of Heroes and Villains!

Publishers Weekly calls it, “the best superhero anthology around, and a must-read for comic book fans.”

Steelsnake may become a profitable franchise yet. I've been thinking about more stories about him. Anybody out there want to buy a superhero?