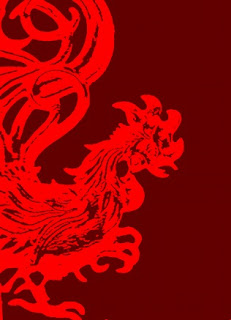 I'd been looking for Charles Willeford's Cockfighter for years. He's one of greatest American writers of the Twentieth Century – in my humble opinion. Roger Corman made the book into one of his few movies that didn't make money. And since I took care of chickens – and roosters – as a lad, I have a certain fascination for cockfighting.

Suddenly, I have another reason to praise the Electronic Publishing Revolution. Cockfighter and a number of other Willeford titles are available for free from Munsey.com. The world is changing for the better.

Cockfighting is the stuff of pulp fiction. In Mexico it's a recurring theme in action entertainment and popular song. But it's rare to see it presented in our English-speaking culture other than as something totally abhorrent that needs to be abolished muy pronto. The specter of Puritanism haunts Norteamerica, and will not be exorcized any time soon.

Cockfighter is a hardboiled masterpiece. I can see how it gave Roger Corman visions of drive-in glory. The pretensions attached to the artsy-fartsy term noir doesn't apply here. Noir is just French for black, which in Spanish is negro . . . No, there's no hiding in artistic darkness here. Cockfighting often takes place in blazing sunlight that makes the flying blood glisten.

It's the story of Frank Mansfield, a man obsessed with a dream – variation on the Great American Dream of rising to the top of your profession – he wants to win the Cockfighter of the Year medal. He wants it so bad that he has taken a vow of silence until he achieves his goal. That's right, the main character/narrator does not speak. He communicates through improvised sign language while everybody else talks, and he provides an interior monologue that's about the strange, violent, illegal world that he lives in.

This is a freaking tour de force that had me hooked from the opening scene where Frank is making it look like a bird has a cracked beak so he can get better odds.

What a pleasure to read this in an age when most Americans seem to think the Great American Dream will be bestowed on them by some benevolent corporation or government agency because they happen to fit the current parameters for cool. No, kids, dreams come true because you're willing to work hard and make sacrifices. The Aztecs could teach you a few things . . .

America needs more dreamers like Frank Mansfield that are willing handicap themselves and sacrifice for their dreams, dreamers who give their all. Some dreams are only worthwhile after you've made it impossible to give up and lead a “normal” life. Like a rooster, there's no turning back – it's a one-way ticket.

Besides, what is “normal” – a life with only mundane dreams?