THE SECRET ORIGIN AND IMMINENT RESURRECTION OF CORTEZ ON JUPITER

Flash! I've signed a contract for a short story to be reprinted in an anthology! The story isn't very well known, but the main character is Pablo Cortez, the hero of Cortez on Jupiter. 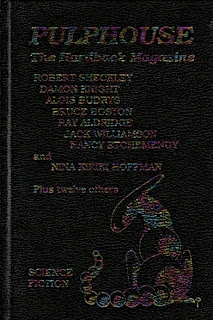 Pablo's first appearance was in the story, “Guerrilla Mural of a Siren's Song” first published in issue Four, Summer 1989 of Pulphouse: The Hardback Magazine. That was within months of Ben Bova asking me if had an idea for a novel that wasn't as outré as the first one I pitched him. I thought of Pablo and followed my own advice at the time: “The way to expand a short story into a novel is to shove a stick of dynamite up its ass, light the fuse, run for cover, then take notes on how the flaming chunks splatter down on the landscape.” 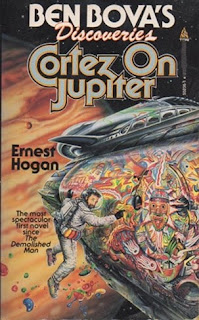 So -- recently when Marty Halpern asked me if I had any previously published stories that would be suitable for an anthology called Alien Contact. “Guerrilla Mural” was the one that I suggested. Now it will be available again, in a book with some big-name authors that will get it some serious attention.

Marty also suggested that I make Cortez on Jupiter available as an ebook.

I was dithering about what to do for my first ebook. Looks like now that decision has been made for me. The question is: Can I get it done before November 2011, and do a proper new media blitz that will give it a chance at some serious glory? 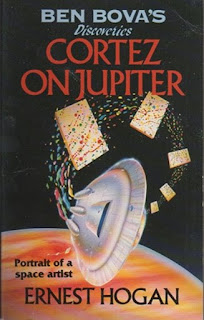