RAMBLINGS ON GETTING ARTISTIC 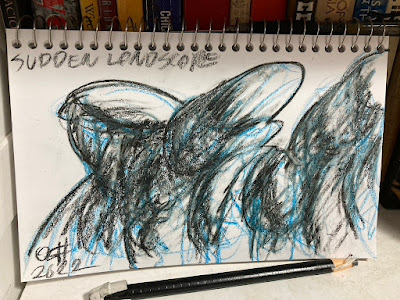 Now that I don’t have a novel chewing on my brain, I’ve gotten back into drawing. Like you may have heard, I’m an artist/cartoonist/illustrator as well as writer. It doesn’t really help, more like further confuses the issues. 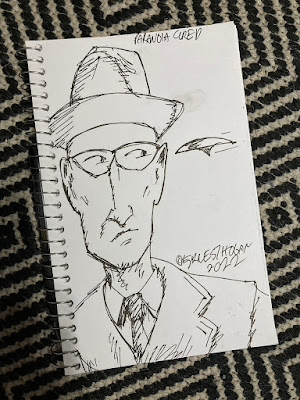 While working on the novel, I’d start a drawing, and sometimes it would take me months to finish it. As I keep saying, it’s like demonic possession. Now I’m cranking out a lot more. 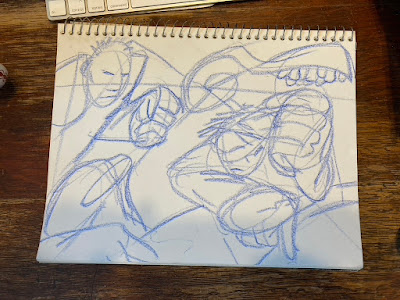 Usually I start with an abstract expressionist squiggle that I thrash around until it becomes a surrealistic composition. A good warm up for a day of creativity. 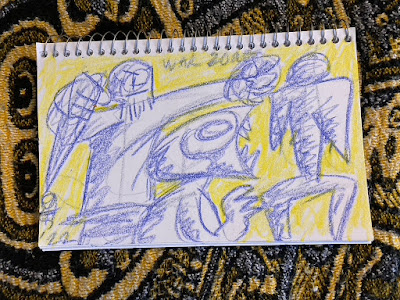 Lately, I’ve been going back to my smeared grease pencil over Crayola crayon technique–got to check out a few stationary stores, and see if I can find some of those old-fashion rubber erasers that fit over the end of a pencil. The new kind actually erase rather than smear, which comes in handy for some effects, but not what I need. Meanwhile, I use a separate pink rubber eraser, but it’s better to have it all as one tool . . . 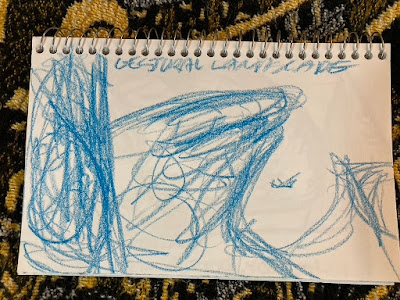 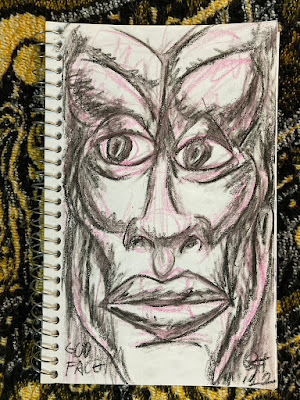 I’m thinking of getting some watercolors and experimenting with adding some color to these pieces. 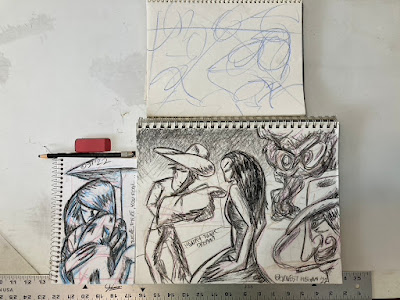 It would be fun to fool around with acrylics or oils, but that takes time and more space than I have in this little house. Maybe I could clear a corner of the garage for a painting studio . . .

I often fantasize about retiring to fool around with paint. It’s a lot of fun, but then what do I do with the damn things? I never understood the fine art audience. Who are these people? What do they want? I’d probably have to open my own gallery, and/or run around talking people into buying paintings, which is kind of like selling ice boxes to eskimos. 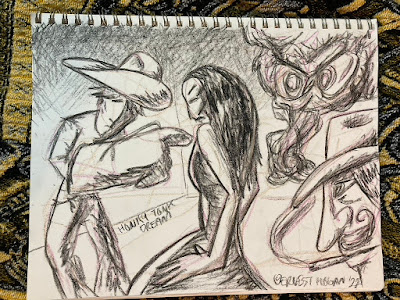 I’m more of a cartoonist, but never could get a good cartooning gig. 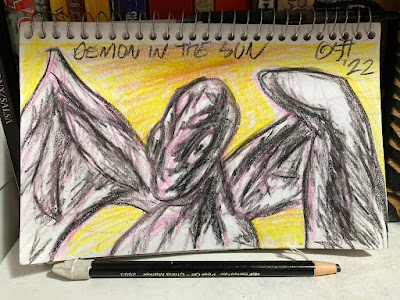 These skills do come in handy. Being the cheapest artist I know, I can come up with something if I need it. 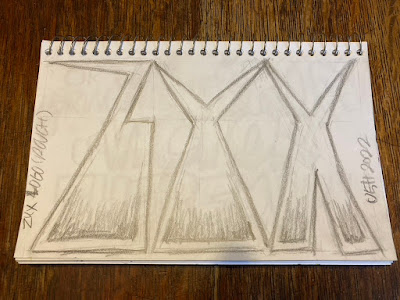 Like now, I’m going to have to convince someone that an insane novel is worth publishing. Maybe some art would help? I can co character studies, and lettering. So what I think things should look like, maybe some sample covers. 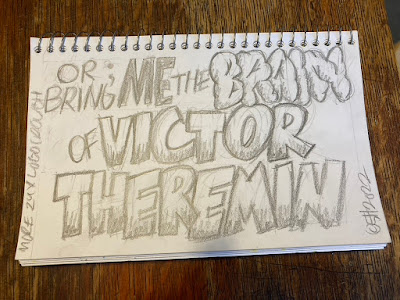 Mostly, I want to get back to making filling up those sketchbooks part of my life again, not just something I visit when I have time off from earning a living. 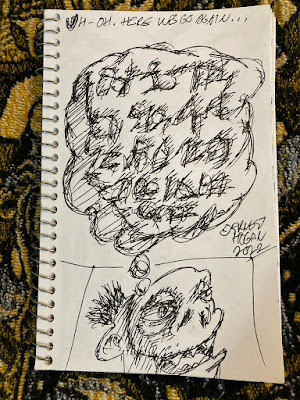 There I go, dreaming of some kind of utopia again. It would be nice. 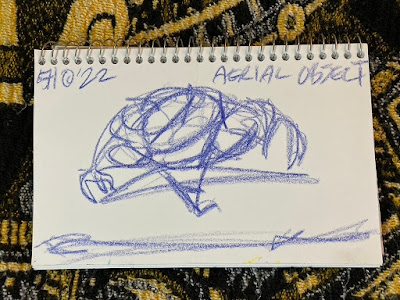 Meanwhile, I keep getting all these visions in my head. They're pretty weird. Maybe I should draw them . . . 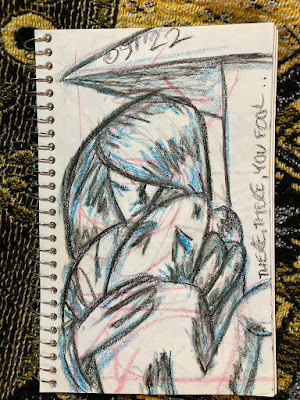