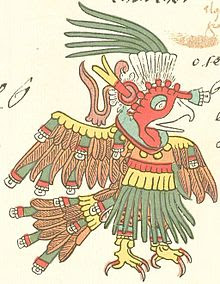 According to our not-so-sacred calendar, this will be going up on Thanksgiving, so I should say some relevant things for you to read in preparation for your guajolote rituals.

A Google search says that there are three terms in “Yukatek Maya” for turkey: úulum for the domesic, tzo' for the male, and kuutz for the wild or ocellated.

And I’m still dealing with the release of Speculative Fiction for Dreamers: A Latinx Anthology (buy it and read my story “Those Rumors of Cannibalism and Human Sacrifice Have Been Greatly Exaggerated”), and the Kickstarter for El Porvenir, ¡Ya! Citlalzazanilli Mexicatl Chicano Science Fiction Anthology (for which I wrote a preface, and “Incident in the Global Barrio,” to help them pay me and the other writers). To be a writer, writing is only part of the job . . . 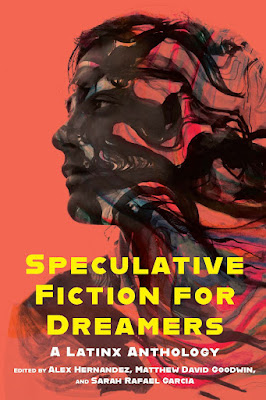 And now we’re hurtling into what I like to think of as the Holidaze: My own personal temporal traffic jam of Thanksgiving, birthday, anniversary, that flows into the socio-economic sacrificial rites of the multi-holiday season. It usually turns into a weird blur.

I’m feeling good at the end of another pandemic-eaten year. Yeah, I know, it’s sick, with all the smoldering conflicts erupting into the streets, again, all over the world, but for me, things seem to be working out in my old age. I’m oddly confident with the illusion that I can do the juggling act of my life. Go ahead, cruel universe, toss another flaming chainsaw at me . . . 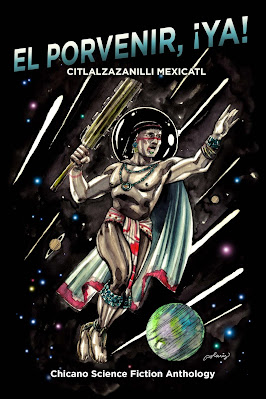 I’ve decided to do a gonzo run to finish the insane novel that I’ve been working on for the last several years!  That’s right, I’m talking about Zyx; or: Bring Me the Brain of Victor Theremin. (Don’t tell anyone that it’s part of a trilogy.)

Maybe after that, I’ll do my other bucket list novels: Paco Cohen is Alive and Well and Living on Mars, and my futuristic bullfighting novel, Our Lady of the Monsters. Dare I dream of seeing them published in my lifetime?

Meanwhile, I’ll amuse myself, imagining the recent dubbing of A Fitsful of Dollars into Diné, the Navajo language as part of La Reconquista Nueva, while remembering that the original Reconquista was a centuries long fight to retake the Iberian Peninsula from the Moors.

Transmogrification is the natural order of things.

And I thank you all. 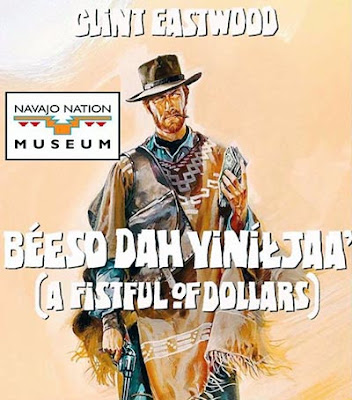