RECONNOITERING IN UTAH: PART ONE 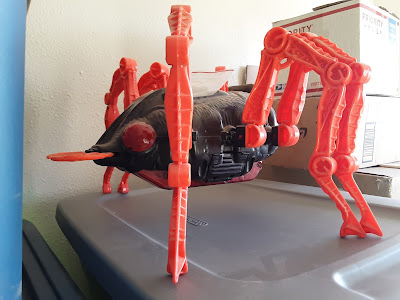 Our reason for this Utah trip was to research a novel that Emily wants to write. I was along to be a research assistant and creative consultant, Passepartout to her Phileas Fogg. I’m actually pretty good at that sort of thing. Maybe I should go pro. 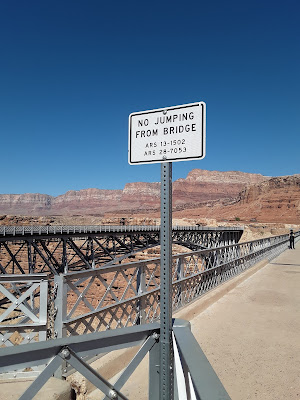 She picked me up at work, and there wasn't much traffic so we made it to Flagstaff quickly. Emily's brother Michael had Texas-style brisket sandwiches waiting for us. We spent the night in his studio. 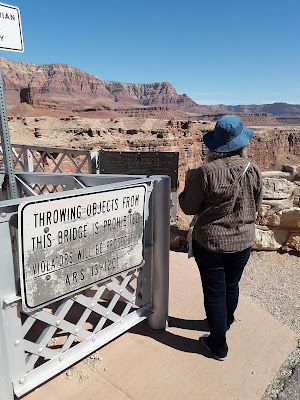 We got up early the next morning, a habit we developed during the pandemic, and ended up cruising to Flagstaff for coffee and breakfast. We ended up at an IHOP on route 66. None of the quirky eateries were open at 6:30 am (another post-COVID development?) The scrambled eggs and hashbrowns weren't bad, but the decaf tasted like dishwater. 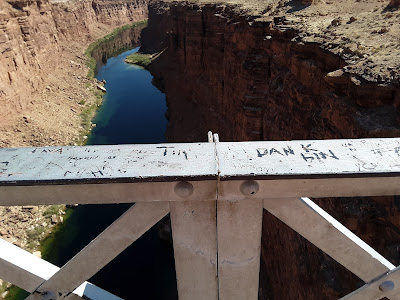 Soon we were on the 89, going through the Navajo Nation, which is still locked down after taking a heavy toll from COVID-19. A sign announced a NO DRONE ZONE. We stopped and took pictures at the Navajo Bridge over the Colorado River, where they are concerned about people jumping off or throwing objects. 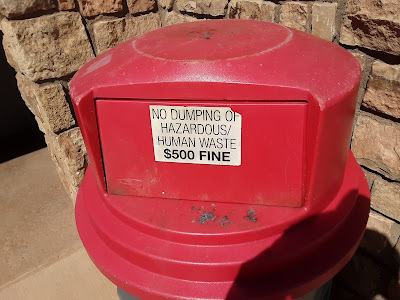 They also don’t want any human waste in their trash receptacles. There’s probably a story behind that. I keep imagining horror movie material. 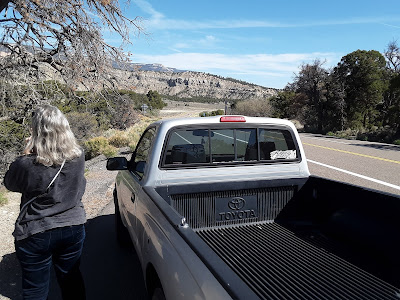 After the fantastic Vermilion Cliffs, we were soon surrounded by burned forests as far as the eye could see. Natural beauty, then desolation, a different kind of beauty. It took us out of our everyday state-of-mind. 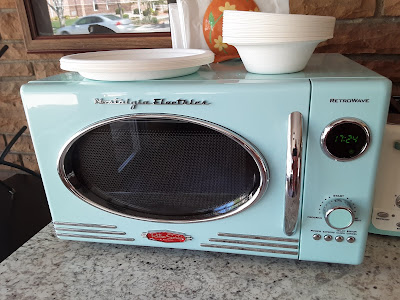 We made it to Kanab early. New structures had appeared all over the small town. Our favorite hotel was under new management. English-speaking tourists were everywhere. 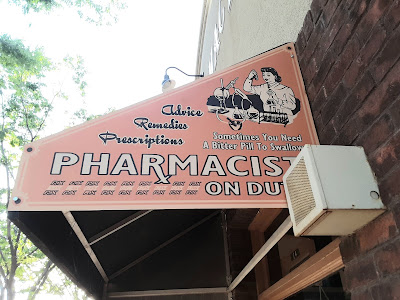 Even though I wasn’t looking for books this trip, as we cruised a couple of thrift shops, I found, and couldn’t resist buying, Thor Heyerdahl’s The Ra Expeditions and Nigel Davies’ The Toltecs: Until the Fall of Tula. Yeah, I could rationalize it as research for my writing . . . 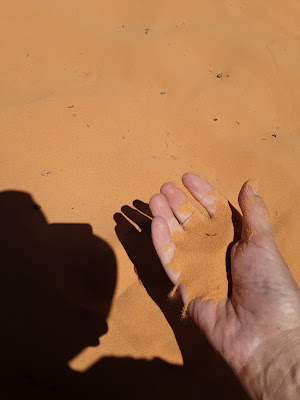 While we were having burgers at Hudson’s Trail’s End, Emily showed me the news of the CDC easing the mask mandate for people who’ve been fully vaccinated. We were both fully vaccinated at this point, but decided that while traveling we’ll carry masks, keep on the lookout for signs and other people wearing masks.

We also picked up some local newspapers for Emily’s research. 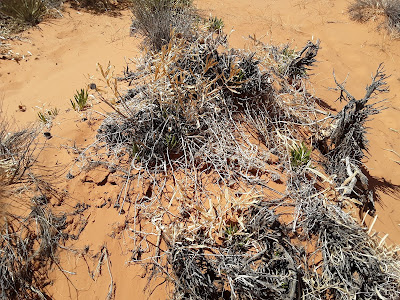 We drove out to Coral Pink Dunes where kids had brought their snowboards. We took pictures, but I couldn’t see my phone’s screen in the bright sunlight. It kept switching to selfie mode. Got some shots of me looking serious in a Martian-looking landscape.

Back in town, Emily said, “Kanab just insists on being interesting.” 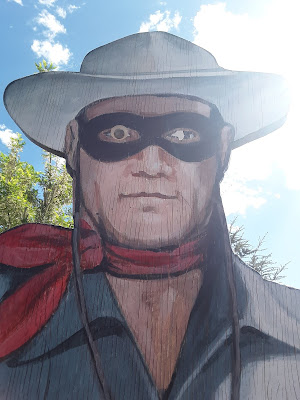 Still, more of our favorite places were closed or just plain gone. New, modern things had popped up. The Lone Ranger watching an intersection had been defaced. A new world was forming. 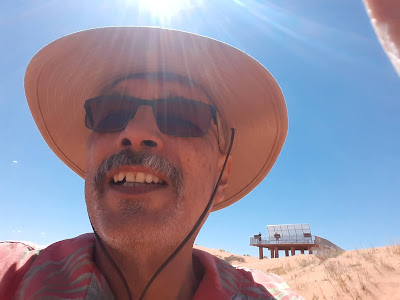 Almost immediately after the CDC’s announcement, masks became rare. People reacted as if the pandemic was over. The fact the eased mandate was for the vaccinated was either not mentioned or de-emphasized. The news was full of planned parties and other public events. Then Utah’s Governor Cox said that children could go maskless for the final week of the school year. Just what kind world we would be coming home to? 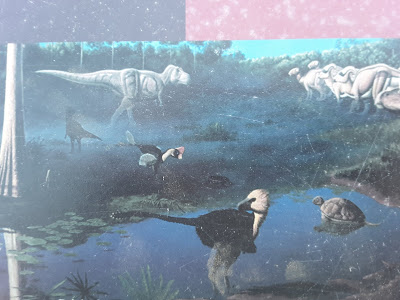 The next morning, the CDC was thinking about dialing back their announcement.

As we were leaving Kanab, we noticed that a cafe was closed because their staff was overwhelmed by “unprecedented tourism.” NOW HIRING signs were all over Utah. Meanwhile, Governor Cox was expressing concern about “the southern border.” 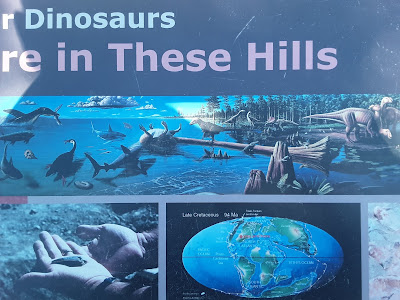 We passed the Moqui Cave where they serve smoothies and paninis, and there’s a stegosaurus statue out front, and soon we were on the Highway 12 Scenic Byway. A lone Trump flag stood on a hill amid classic, rural Americana and the natural wonders surrounding Bryce Canyon. 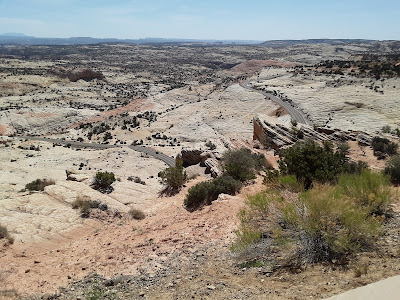 “My mind is wandering,” said Emily.

“I’m glad we can have wandering minds together.” 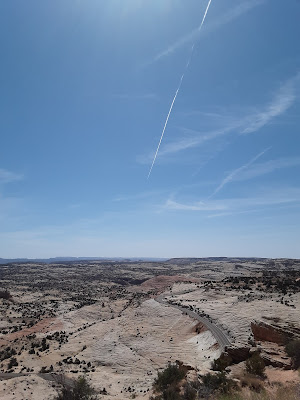