SOUTH (ALMOST TO THE BORDER) 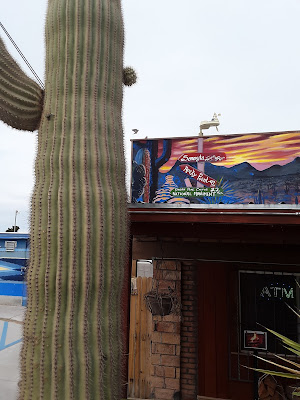 Emily said, “I’ve lived in Arizona for sixty years and never been down this way,” so we headed south on Highway 85. We passed a Circle K with an ORDER AT AMAZON, PICK UP HERE thing attached to it. Then we went through an Amazon complex as we left the Metro Phoenix Area. 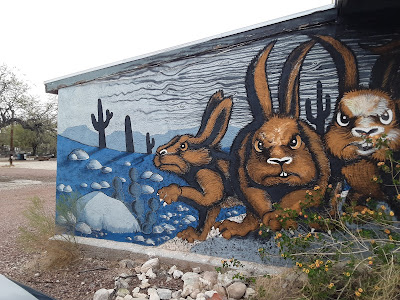 Soon we were on a long drive through lots of largely unspoiled desert surrounded with jagged mountains. Now and then we saw something like the Lewis Prison, warnings not to pick up hitchhikers, and the Barry M. Goldwater Air Force Range.

Rumor has it there are secret military bases. Will the real Area 51 please stand up?

Just the sort of thing to get you out of the urban mindstate. 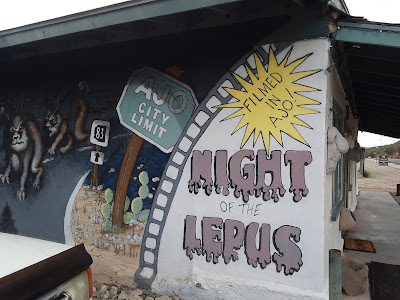 In Ajo, a charming town whose major industry seems to be Mexican auto insurance, we spotted a mural with angry-looking giant rabbits. Turns out the classic schlock sci-fi flick Night of the Lepus was filmed there, and Roadrunner Inn bears a mural in its honor. They also sell donuts and espresso.

There are a lot of murals for a small town like Ajo. They must have artists, too. 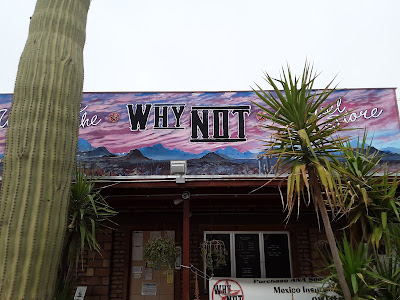 Beyond the Why Not Travel Store in the town of Why, we reached Organ Pipe Cactus National Monument. 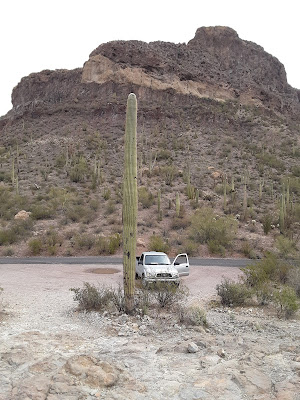 It was well worth the drive. We’ll probably be going back. 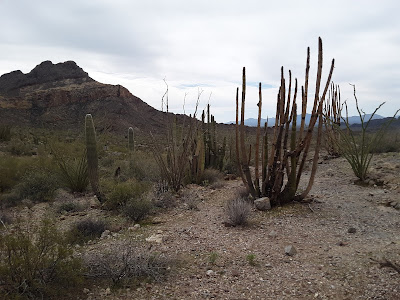 It’s right on the border. I got a text welcoming me to Mexico and offering a deal on Mexican cell service. 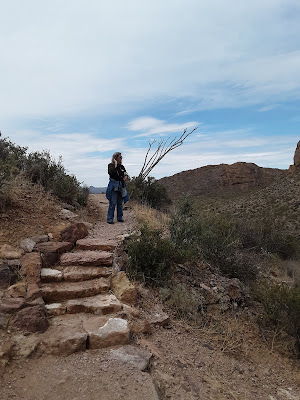 After a fantastic hike, we were hungry, so we went back to Ajo and found Arriba Mexican Food. The people didn’t mind wearing masks and practiced social distancing. The tacos, beans and rice were good, too. 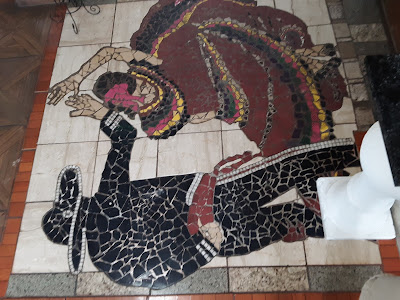 As we headed back north, there was roadside graffiti: FREE CHAVIZO . . . FREE MI HERO . . . 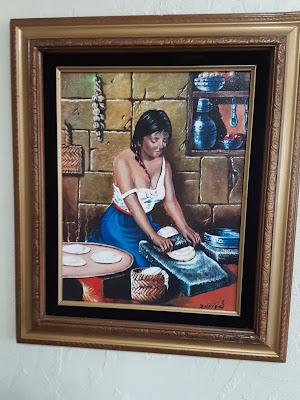 Further north, there was a Border Patrol checkpoint. They believed us when we said we were U.S. citizens. 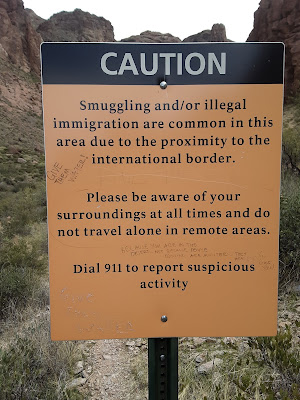