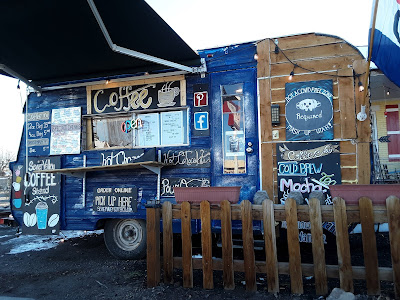 In the morning it was 18°F in Salina, Utah. Biden finally won Arizona. Trump was still in denial.

We got coffee at the Sevier Valley Coffee Co. It’s a one-man operation out of a trailer. The coffee is okay, but if you want a place with character, it’s got plenty.

As we left Salina to follow the Sevier River, the radio told us that COVID-19 was surging. 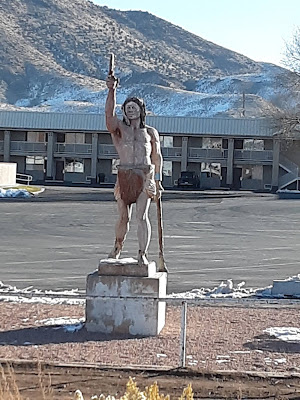 I mused about how out in rural areas, redneck, New Age, Latinoid, and cyber are all colliding. New configurations are emerging along with the old conflicts. Recomboculture is the American Way.

There are also solar collectors all over the West. Energy farms are the coming thing. And still they vote for Trump. 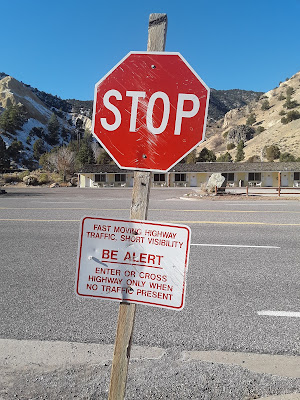 We took the 89 to Kanab, through the town of Elsinore, that had flags on all its telephone poles. We saw a lot of American flags flying on this trip. The Stars&Stripes were also painted on murals. Patriotism was on public display. I wonder what version of the American Dream they were pledging allegiance to? 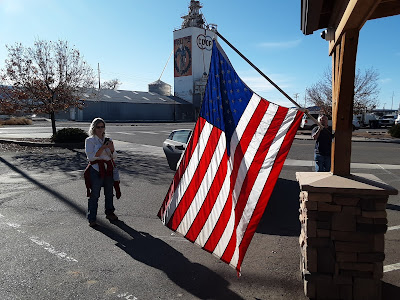 Maybe the dream of the Big Rock Candy Mountain. 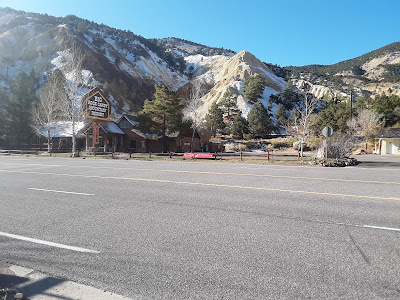 Or the legend of Butch Cassidy and the Sundance Kid? 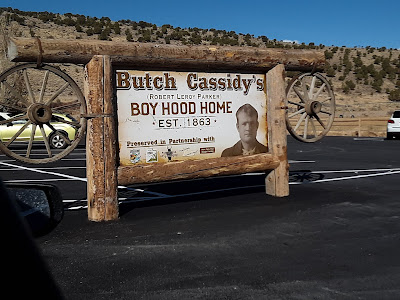 Was it all closed for the winter, or because of the pandemic? 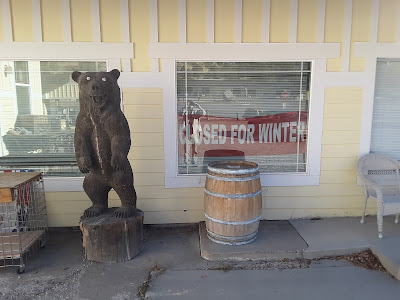 At a Sinclair, a young clerk was getting a lecture about why she should wear a mask.

In Junction, there were some strange vehicles. 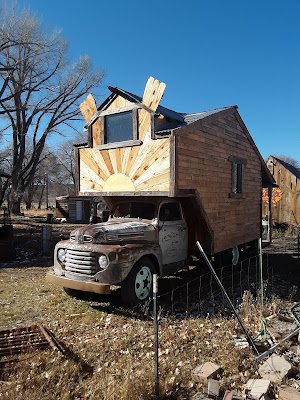 Panguitch was full of marvelous stuff. 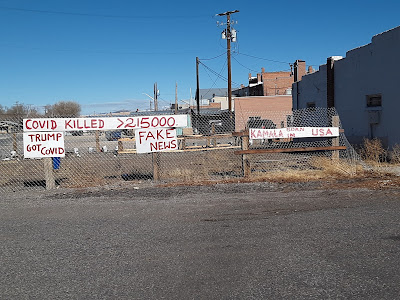 Signs with confusing political commentary, a radio station, a BUFFALO ELK VENISON ALLIGATOR sign (I still haven’t seen any live gators in Utah), and a coffee stand where Troy the barista worked. 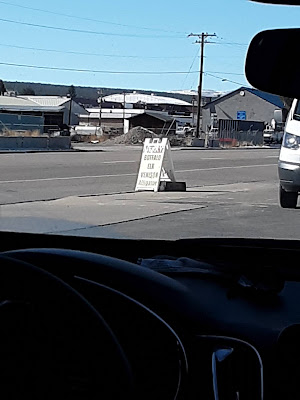 We found it after asking his dad, Micah the cop, where to get coffee.

There were some crazy hitchhikers. 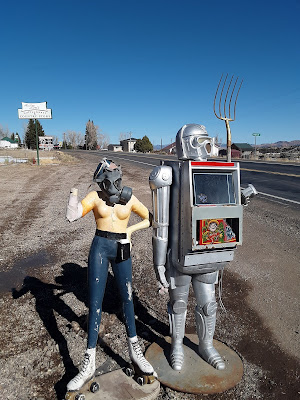 By the time we got to Kanab--back in familiar territory--we needed a piss stop. Our favorite muraled gas station came in handy. My urine smelled like pure Cafe Americano. 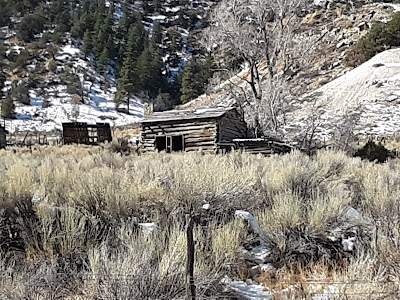 Soon we were back in Arizona.  There’s a liquor store right across the state line from Utah. In Fredonia, nobody wears masks, even though “must wear” signs were up. An unmasked cowboy looked at us as if we were Martians, stared with disapproval, shook his head. 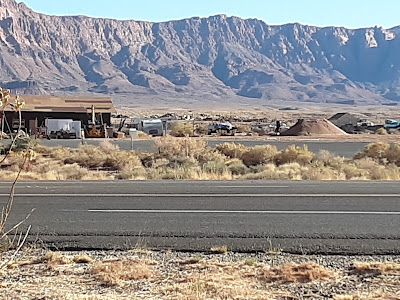 Passing through the Rez we saw something weird that Mike had told us about: poles--not quite totem--with faces on them. No idea what they are. Maybe some kind of magic going on. 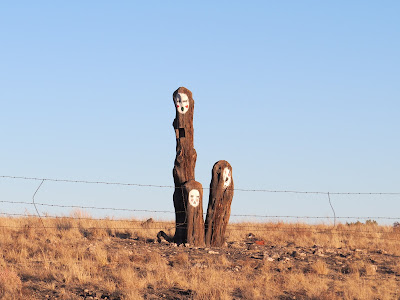 I was reminded that Arizona, Aztlán, the Earth, the Universe, my life, was fantastic . . .

Vermillion Cliffs were spectacular, as usual. 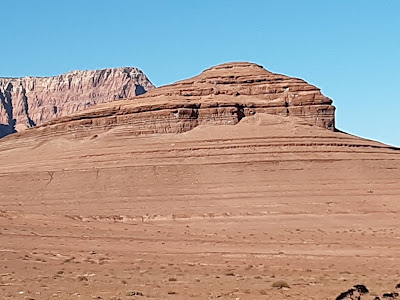 We also stopped at Lees Ferry, which leaves me groping for a suitable adjective. 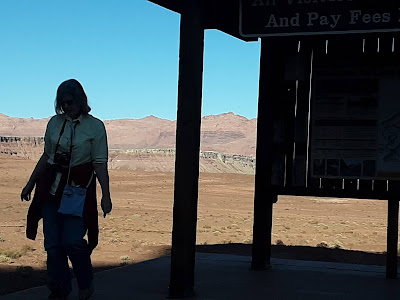 Back in Flagstaff, we stood in Mike’s studio again. It was a clear night. We could see the stars, and the Milky Way, which good science fiction writers need to do.

Margaret and Emily had a long, lively talk on the drive back to Glendale. 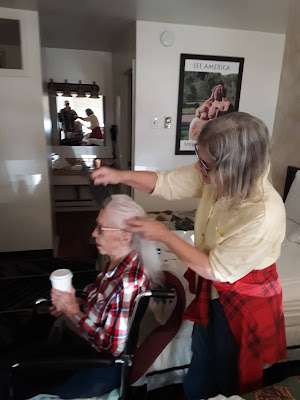 The streets were busy, despite the pandemic. You could almost fool yourself into thinking things were normal. I learned long ago that thinking things are normal is always a mistake.

As we arrived at home, Trump fans were marching on Washington D.C., protesting the election. 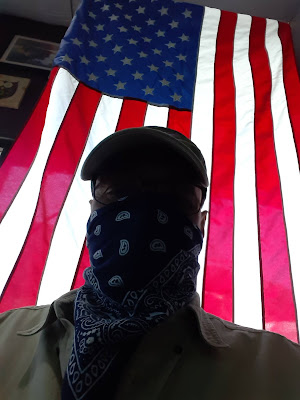