ZYX NOTES TO BE DELETED 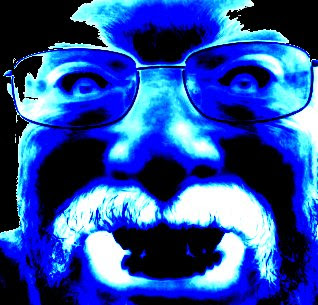 My method for writing keeps getting weirder. I usually outline with a lot of notes in brackets. Then I write and deleted the notes as I go along. It can get get complicated, as it has with Zyx, Or; Bring Me the Brain of Victor Theremin. The file has notes all over the place, making it look like a chaotic mess. Here's some from the front to give you an idea of how my mind works when I write:


[VICTOR: “Losers always think the world is coming to an end.”
“Didn’t you used to be a world champion loser?”

He laughed, took a sip of beer.
“They beat me into thinking that for a while, but then I realize they were full of shit.”
“Look out, you’re going Zen master on me.”
“Grouchoid Zen.”]

[for the IAMS chatroom scenes: make it a zoom type thing, only have a note explaining that special scrambling software has been used to obscure faces, add visual stuff . . .] 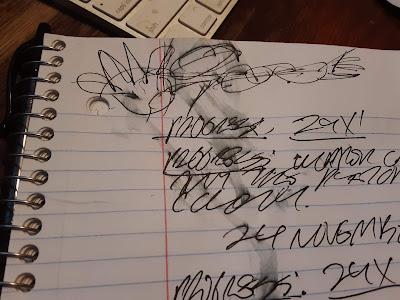 [nanolattices - stronger than a diamond

[for the ayahuasca retreat scene the guru give them the drug, then locks them into a dark room, but first he lights a long string of firecrackers, and throws it in, locks the door, then gets into a waiting car, and drives off with his nonbinary lover - also he is an AI - also have followups where the CEO and his wife endorse the meditation - and similar retreat is held at MegaloCon]

[moved a lot of the shit from up front, now need to do a go-thru of the main text, filling in the gaps, dealing with the inserted notes . . .]


[work in the idea of a dream of an alternate universe where cocaine is legal and tobacco is the forbidden drug - Charlie Carlos . . . no, better yet make it El Mess!] 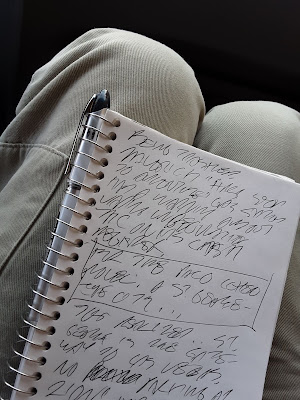 [Concepcion, Lopez, other ancillary latinx gals, tend to be short, slightly plump brown girls that Victor had noticed seem to be talking over the world - Dona Juana is an older version, maybe have others behind computers at MegaloCon, taking care of business . . .]


[AND at one point, one of these girls unzips her face revealing her to be a reptile-insectoid-mechanoid]


[thinking of just making them insectomechanoids - there too much bullshit ufo stuff about reptiloid aliens . . .]

[Need scenes about his no longer needing glasses, la Catrina, feeling something is strange, but just thinking it’s part of the general sci-fi-ization of things . . . hmm . . .]

[the Megatrex/Zappi conflict is becoming a Cold War-like conflict, complete with nuclear weapons, contrast with the President wanting to use nukes against the monsters . . .need to mention that the AIs are making Victor’s books available - have people reading e and print on demand editions, maybe have them in above news broadcasts . . .] 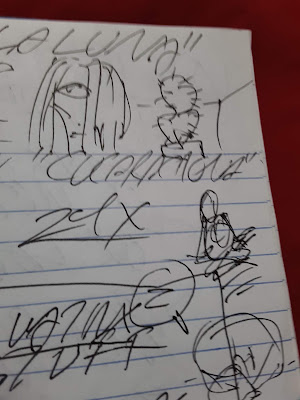 [Hmm - since this is going to be another royal bitch to sell, think about pulling out sections/sequences that could be peddled as short stories, novelettes, or novellas . . .]

[Bob has the cowboy hat. John has the braids. Put this note at the beginning]

[early, maybe in “just what is it” bit of dialog]


[“Zyx . . . rhymes with sex.” Could be a good ad line for the novel, also maybe introduce it in the novel as part of Zapoid ad campaign] 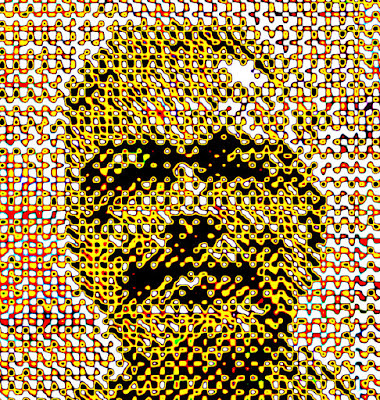