ARE YOU READY FOR GONZO ISLAM? 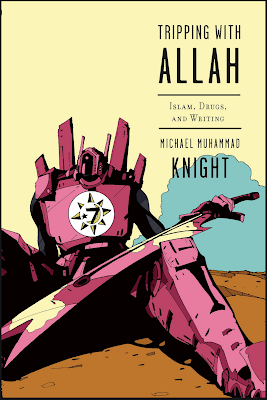 "Shortly after the Megabus arrives in Mecca, we're stopped at a red light next to a car blaring that Jay-Z duet with Alica Keyes about the joys of being rich in a corporate police state."


What the fuck? Forgive me. I'm over sixty and feel compelled to spell it out. I feel silly using text abbreviations like I'm trying to be a young hepcat. But what is that? Sounds like somekinda newfangled Islamofuturism.

It's the opening sentence of Tripping with Allah: Islam, Drugs,and Writing by Michael Muhammad Knight. A book I found via Libby—an app that allows you to check ebooks out from your local library, that as a library employee, I'm using to help encourage my job to still be there when the quarantine ends.

Libby had a couple of Michael Muhammad Knight's book tacked on to a list that came up when I searched for William S. Burroughs. The cover looked interesting—a funky anime-looking robot relaxing with a sword. Knight also has been called "the Hunter S. Thompson of Islamic literature."

Interesting. Then I read that first line. I checked it out. Wow!

Just the sort of thing I need to take my mind off bizarre lockdown realities. Burroughs and Thompson are evoked early. Knight knows his drug and counterculture literature. And it's full of stuff like this: 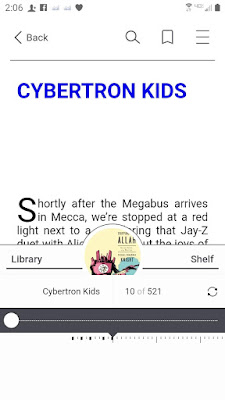 "Not even my Muslim friends who do coke want to join me for ayahuasca, but they're not doing coke for the sake of spiritual growth."

"If I could get enough Muslims into ayahuasca, then ayahuasca-Islam would become the new orthodoxy."

". . . I'm a mostly nonfictional protagonist in a mostly fictional universe."

Just what do we have here? A novel? Gonzo journalism? A collection of essays? We have a case of post-modern fiction/nonfiction (con)fusion here. Names have been changed to protect the innocent . . . or maybe not so innocent, like in Thompson, Kerouac, and Dragnet. Though I don't think Sergeant Friday would approve -- he would go into one of his hardboiled lectures.


To hell with that ancient video fascist, I approve! This jaded, 60-something Chicano had his mind blown, which isn't easy.

Ayahuasca. Islam. 21st century countercultures. It's kind of like when a Muslim girl asked me if I liked Beavis and Butthead right after I met her. Introduce me to things I don't know about—it's what I live for!

There's also an excellent overview of drugs (including caffeine) and Islamic history, Muslim takes on the Transformers, Star Wars, and 2001: A Space Odyssey. He also writes about his experiences in professional wrestling, as well as studying and teaching at Harvard.

And, of course, there's ayahuasca.

For those of you unhip folks who don't know about ayahuasca (AKA yage),the hallucinogenic drug from a vine found in the South American rain forests that has literary streetcred throught William S. Burroughs' The Yage Letters, was the sci-fi gimmick in Murray Leinster's 1930 novel Murder Madness, and the fuel for a revolution that finally defeats Donald Trump in Jonathan Greenberg's recent America 2034: Utopia Rising.
Also ayahuasca retreats are fashionable in some circles.They mostly involve going down to South America. I was going to joke about them coming to our hometown soon, but after a Google search, I discovered that there are Ayahuasca "ceremonies" being held in the Metro Phoenix area. Not much information. I wonder if they're practicing social distancing?

Who knows? Maybe psychedelic Islam will help us into the post-COVID-19 reality . . . 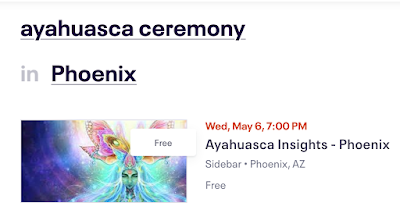